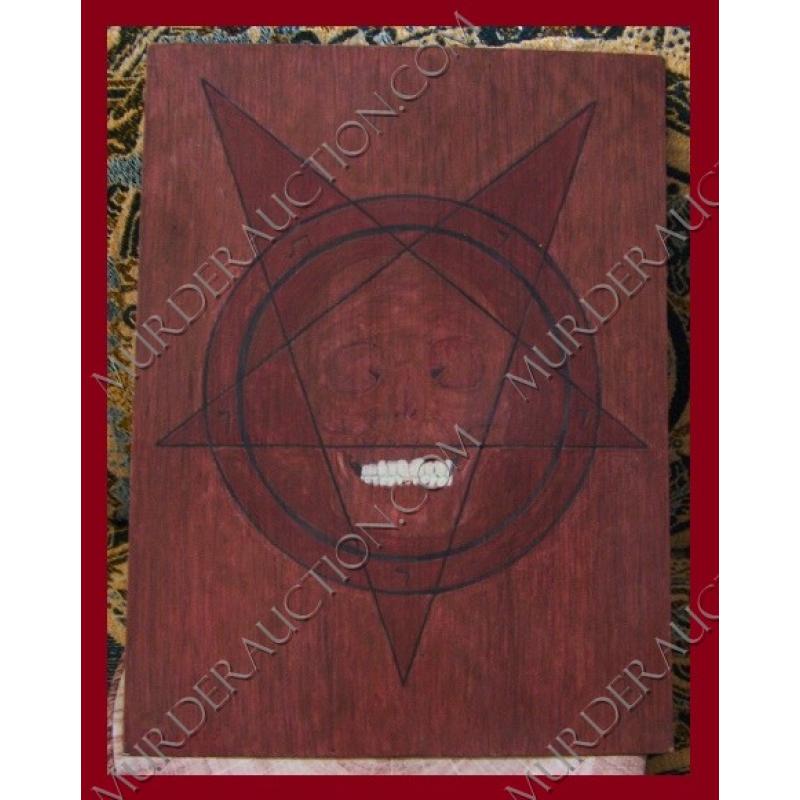 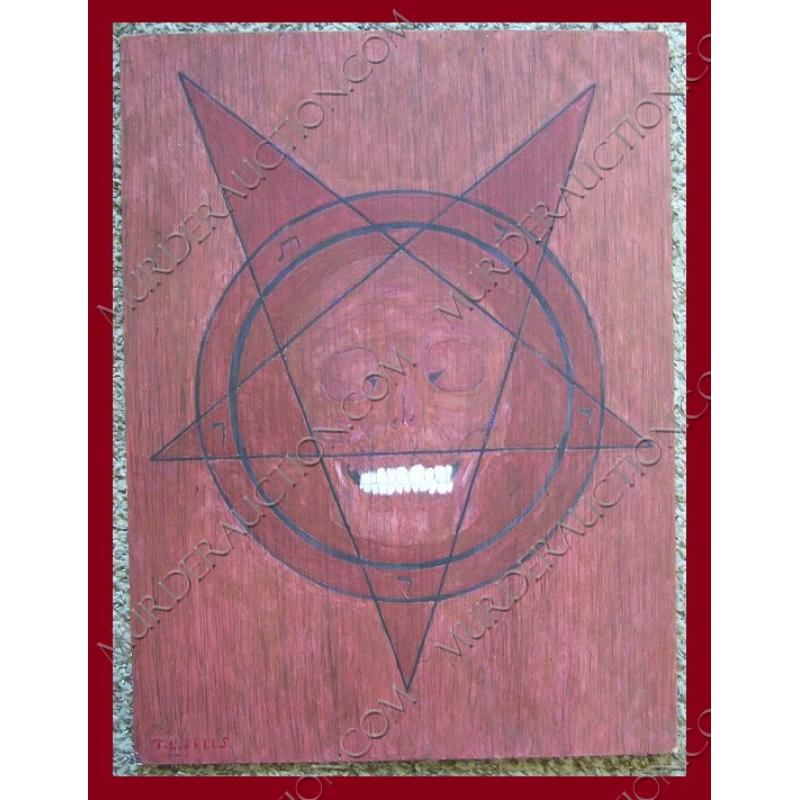 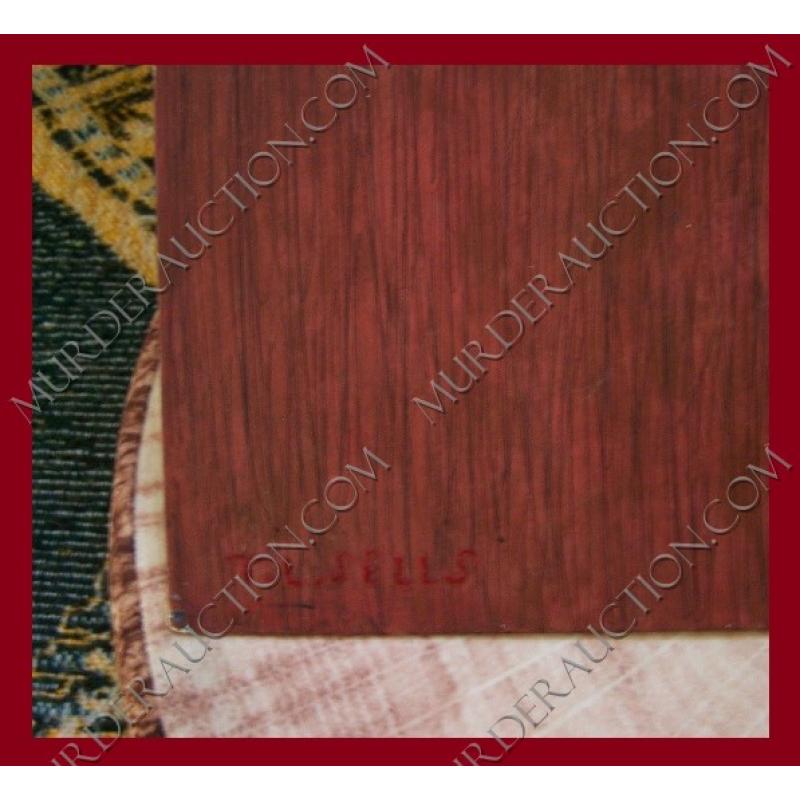 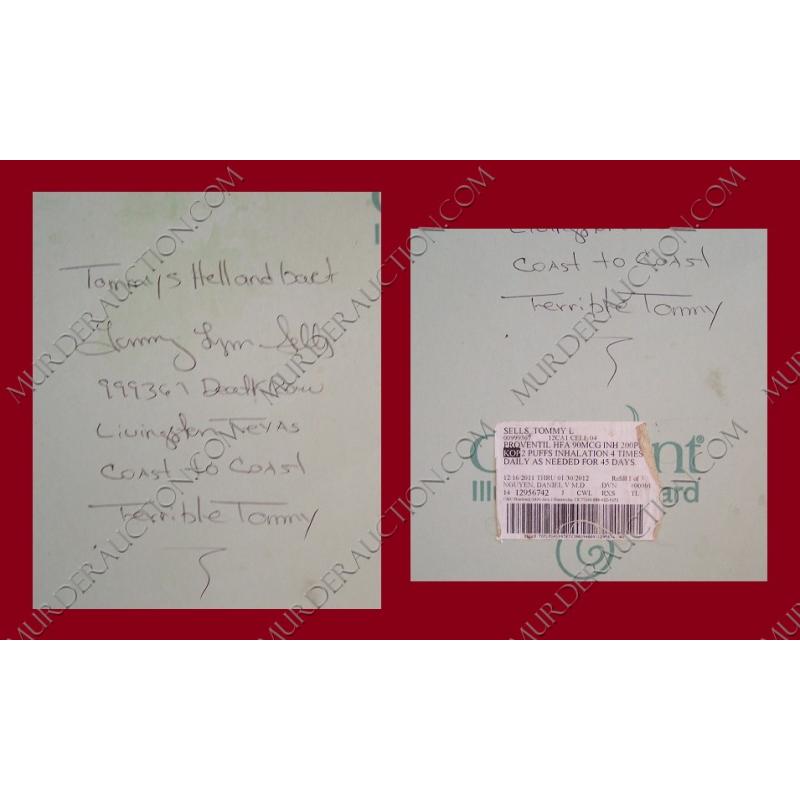 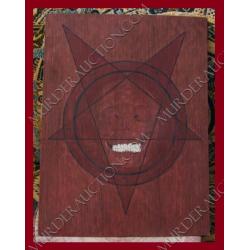 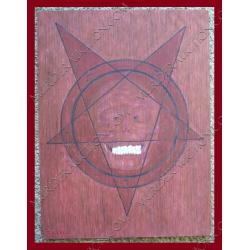 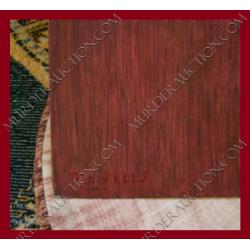 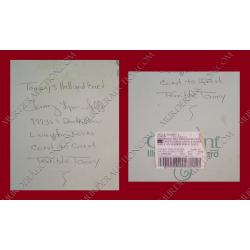 This auction is for a painting by executed Texas "Coast to Coast Killer" Tommy Lynn Sells (6/28/1964 – 4/3/2014). On 12/31/1999, Tommy Sells slit the throats of two young girls in Del Rio, TX. The 13-year-old victim would die, the 10-year-old victim survived. Her description would lead to his arrest on 1/2/2000, followed by his trial, conviction, death sentence, and execution. Tommy Sells's murder spree spanned from 1980 to 1999, with confirmed murder victims in Texas, Illinois, New York, Kentucky, and Missouri, thus earning him the moniker of the Coast to Coast Killer. His victims included men, women, boys, girls, toddlers, even newborn infants, with motives ranging from rape, robbery, revenge, or seemingly no motive at all. Ultimately Tommy Sells would l be linked to some 20 murders. Over the years Tommy Sells would boast to having committed multiple homicides, usually around 70 victims. However, in the months leading up to his execution, Tommy Sells sang a different tune, proclaiming the confessions were due to police coercion. Sells was executed by lethal injection on 4/3/2014. When asked if he would give a final statement he replied, "No." He was 49.

ITEM DESCRIPTION: The Satanic theme painting was done in watercolor and ink, measures 15"×20", and is signed in the bottom left corner, "T. L. Sells." On the reverse Sells has written, "Tommy's Hell And Back, Tommy Lynn Sells, 99367 Death Row, Livingston Texas, Coast to Coast Terrible Tommy." Sells has also affixed an asthma presentation lable beneath his signature. And would you look at those pearly whites? Tommy Sells dabbled in LaVeyan Satanism. Message me with any questions you might have. Thanks for having a look-see. 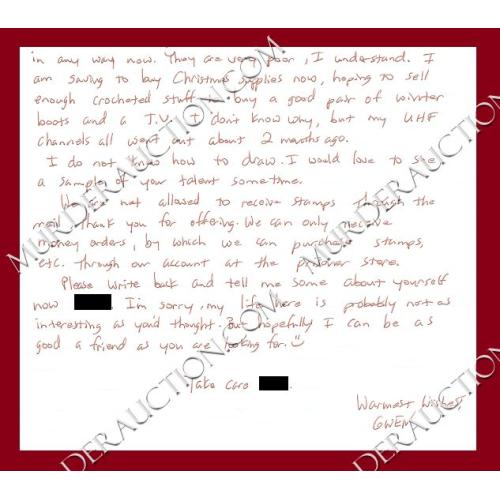 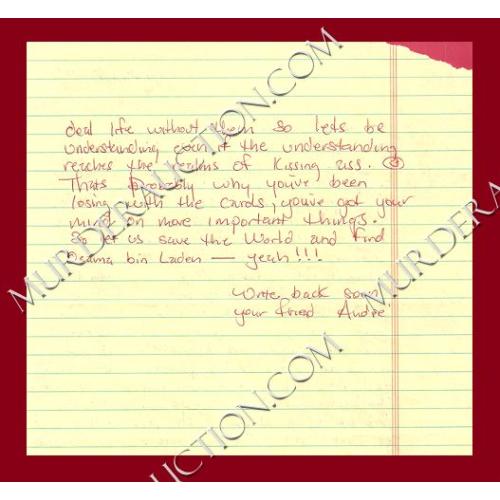 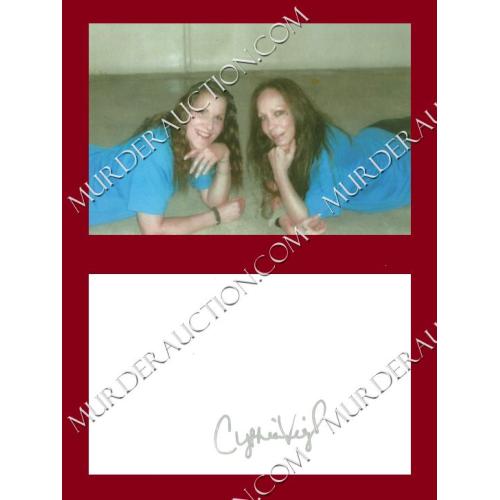 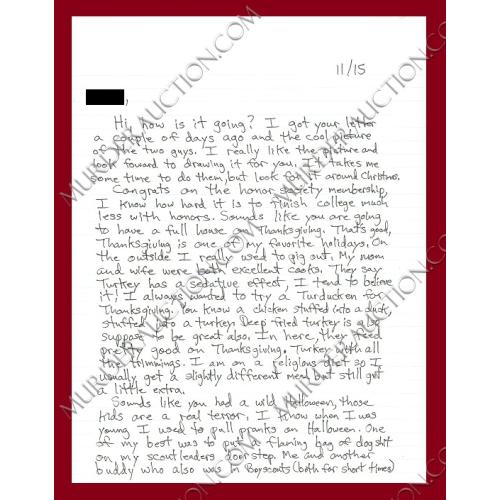