ITEM DESCRIPTION: The tracing is of Sells' right hand and is signed, "Tommy Lynn Sells, 999367, Death Row, Livingston, Texas." Sells has splattered red paint over the tracing to give the appearance of blood. This was mailed flat, so there are no creases or folds. The tracing comes in a protective magazine sleeve with an acid free board and has been stored flat. Message me with any questions you might have. Thanks for having a look-see. 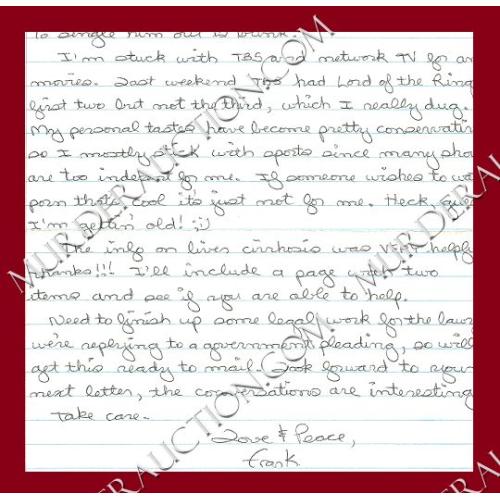