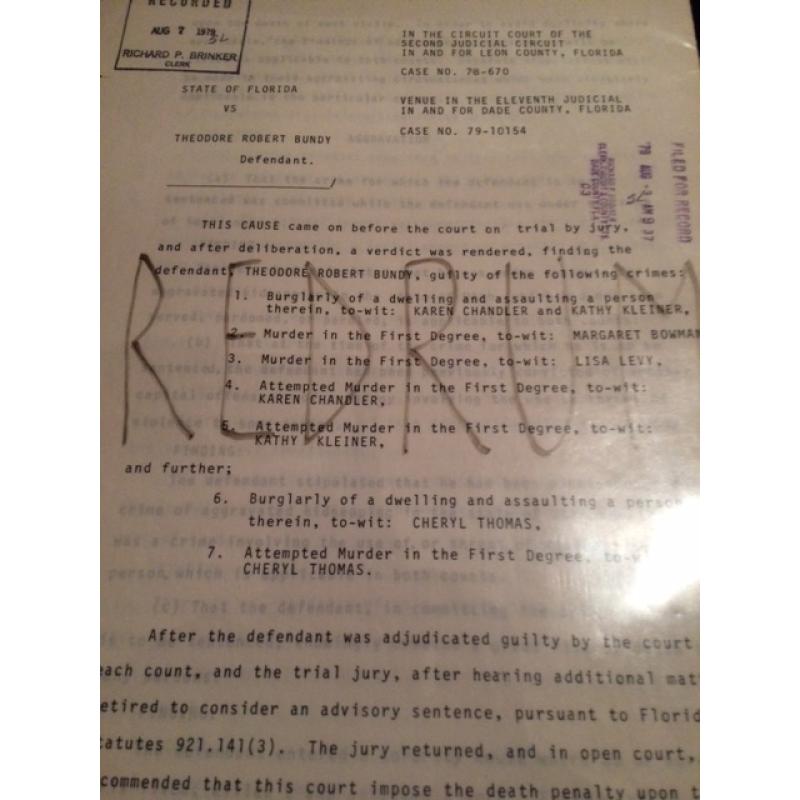 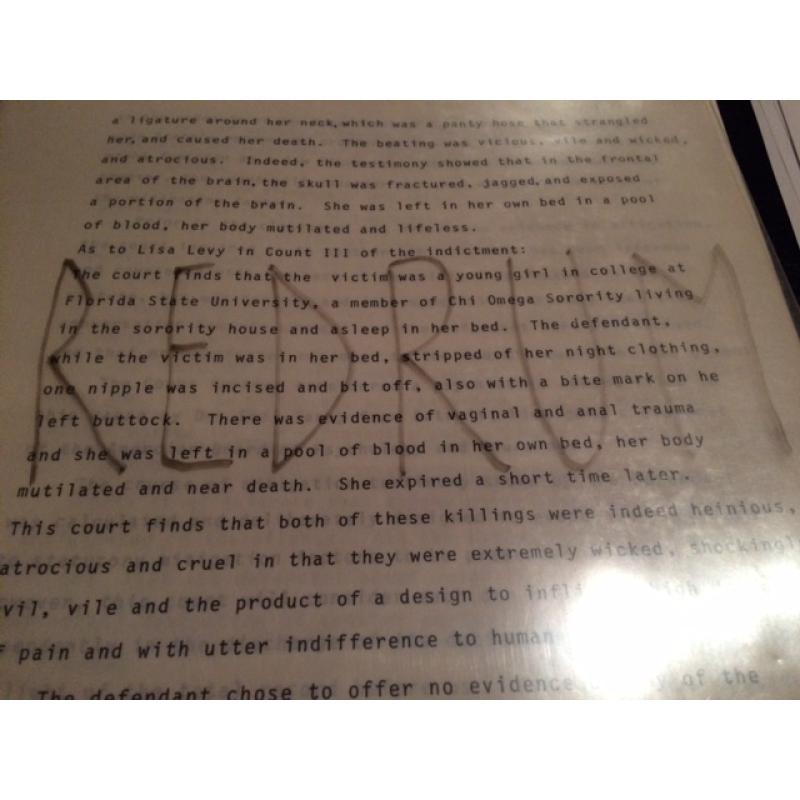 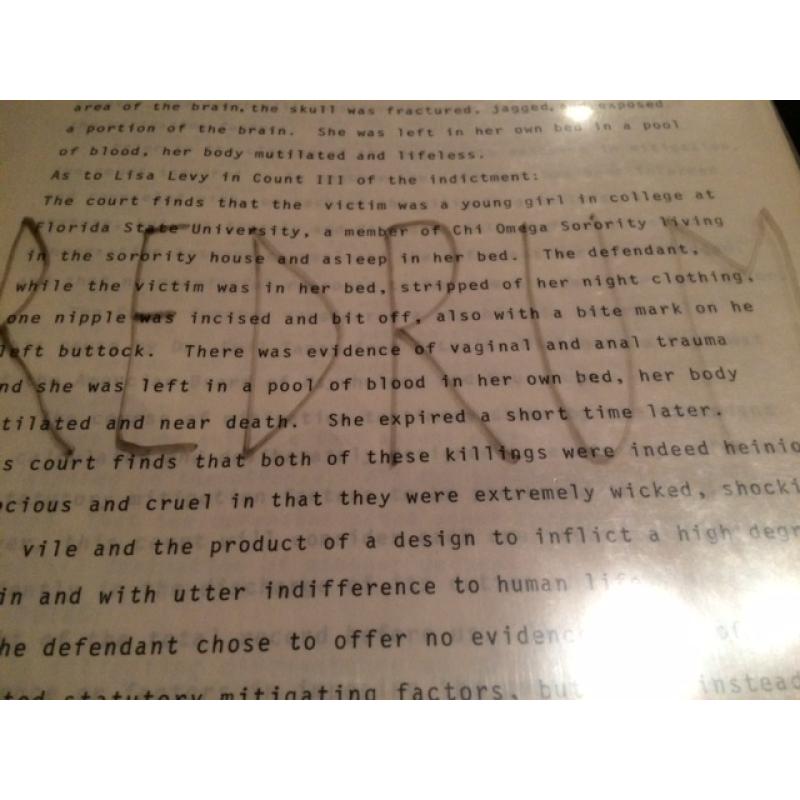 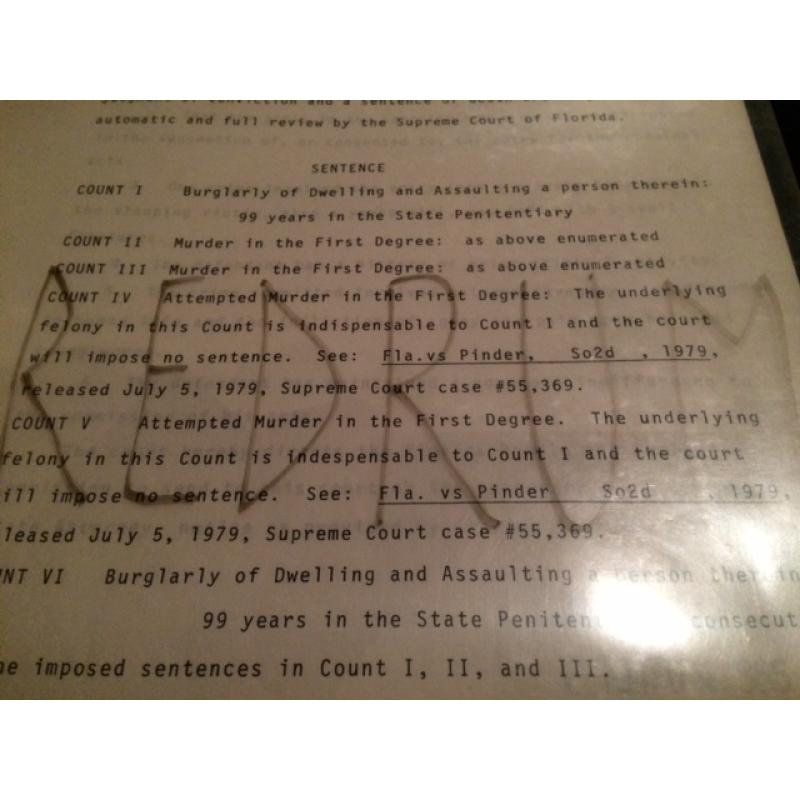 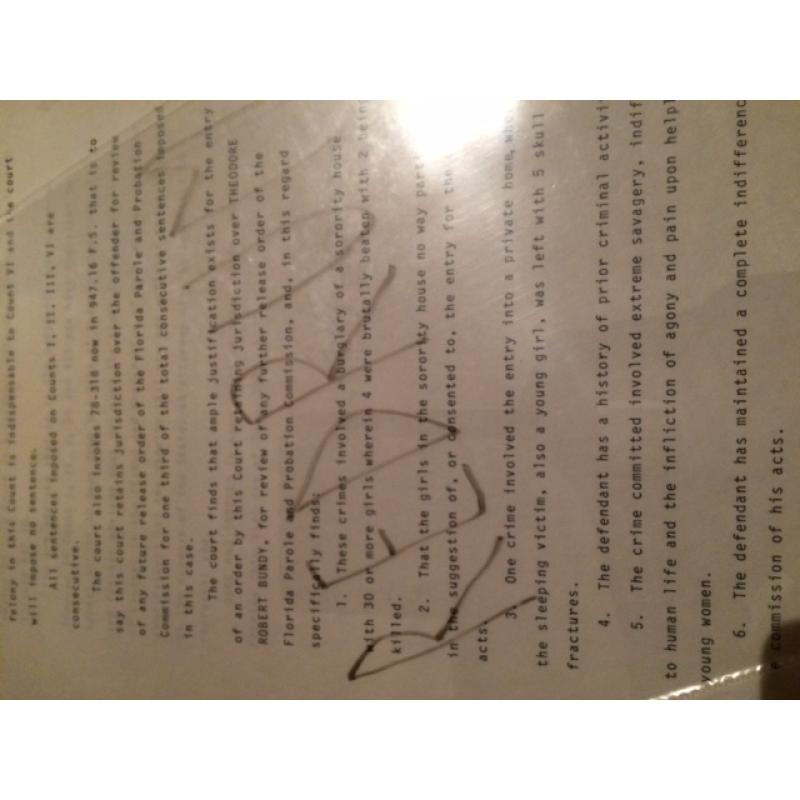 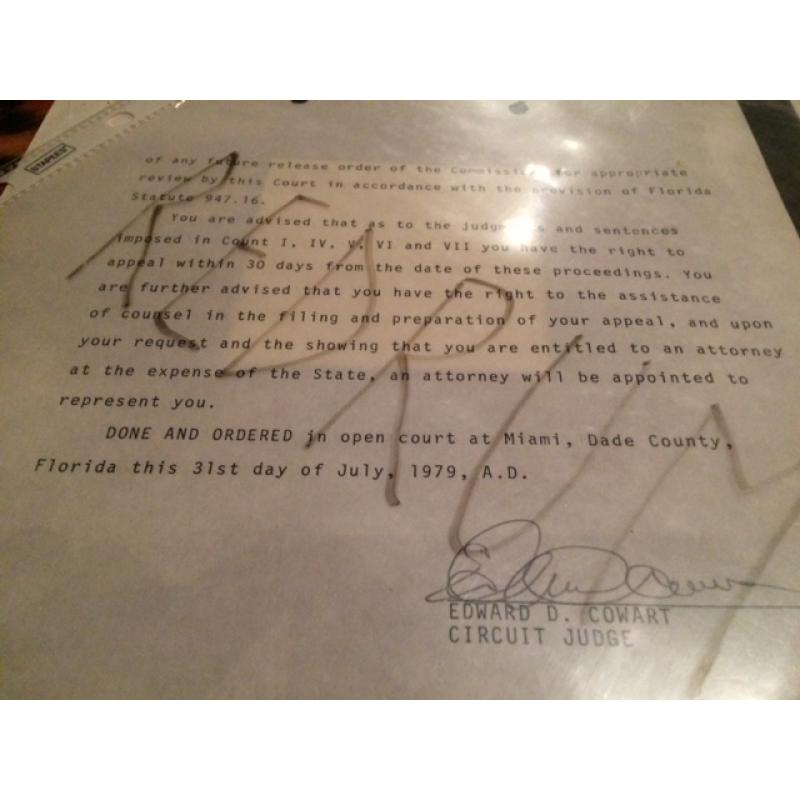 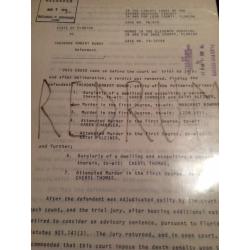 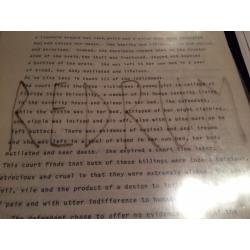 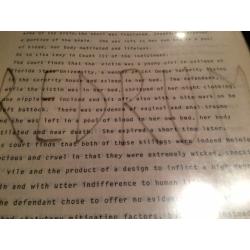 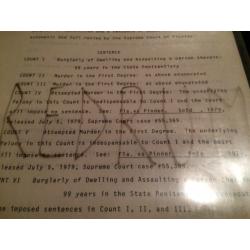 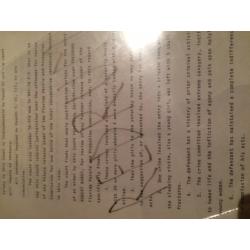 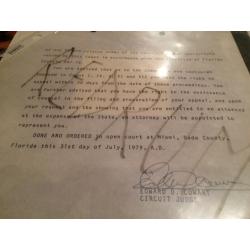 This is the Chi Omega final 10 pages document read in open court that legaly gave him the electric chair in 1989 as soon judge Cowart read it and signed it.

Read in open court by judge Cowart and signed by him on page 10. Done and ordered in open court at Miami, Dade County, Florida on the 31 of July 1979, A.D.

This document is the most important of all existing Ted Bundy documents!

In goes into detailing these crimes and officialy getting a death sentence and electricity that shall pass trough his body until death occurs as stayted in this document and read by judge Cowart to him before telling him that he would of been a great lawyer but decided to take another road.

The details of the crime scene is completely grotesque with more accuracy in this document then anywhere else.

Its a one of kind document ! Theodore Robert Bundy will be taken by proper authority of the Florida sate prison and kept and closely confined until the date of execution is set. It is further ordered that you be put to death by a current of electricity sufficient to cause you immediate death and such cutrent shall pass trough your body until you are dead.

Theodore Robert Bundy was executed on January 1989 by the electric chair.

This document is for the private collector and perhaps museums. For the ones who hate talking about Ted Bundy as it's The legal document that executed him and for those who are for and against the death penalty. 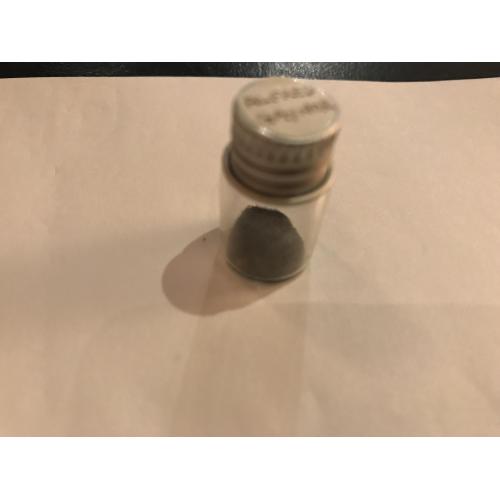 Alfred Gaynor hair from prison in vial from 2007

Alfred Gaynor hair from prison in vial from 2005Alfred J. Gaynor (born 1967) is an American serial killer and rapist who killed nine women in Springfield, Massachusetts. 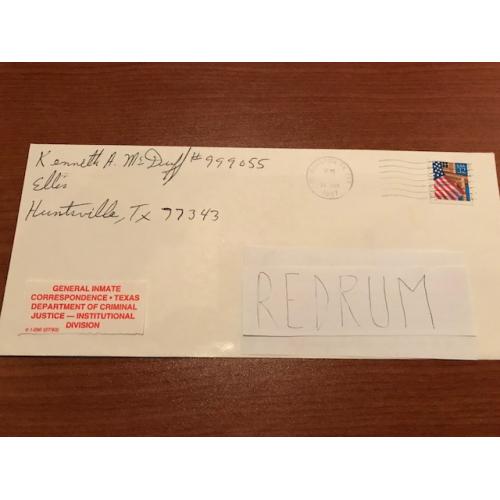 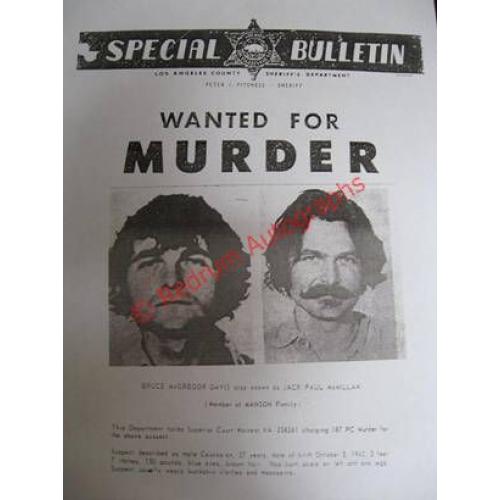 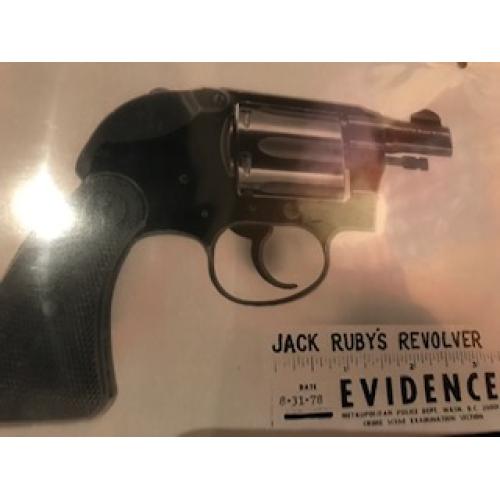 Jack Ruby evidence gun 4 x 6 photograph that killed L. Oswald taken 1978This is a Reprinted photograph b&w and will be a great addition to your collection