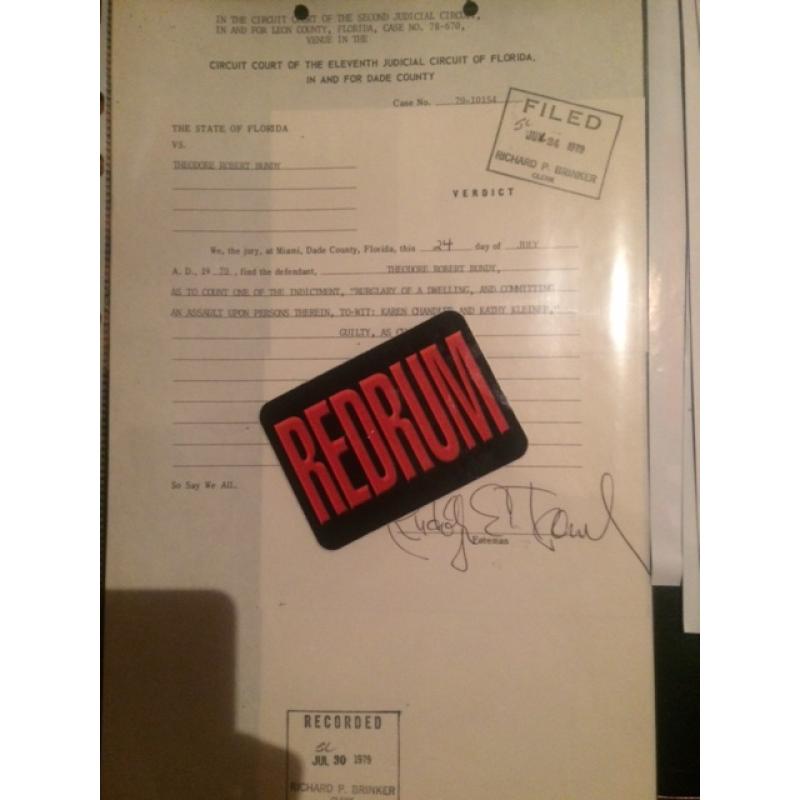 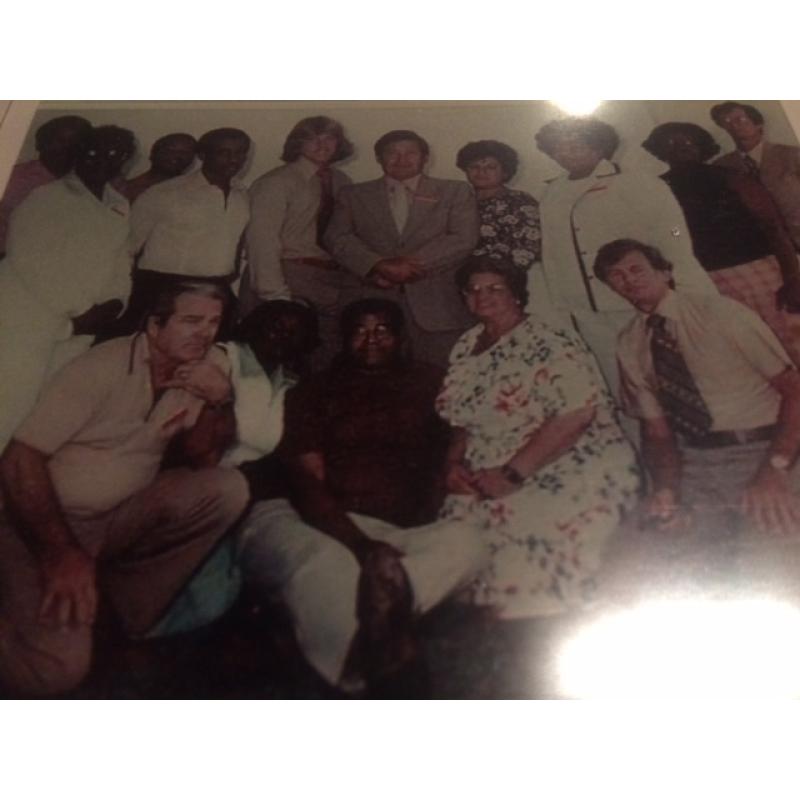 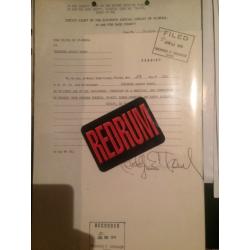 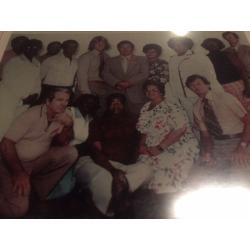 This important document is stamped and dayed on July 24th 1979 when the verdict was officialy pronounced and officialized on document.

The circuit of the eleventh Judicial circuit of Florida In and for Dade County Case- 79-10154.

We the Jury at Miami Dade County, Florida this 24 day of July 1979 find Theodore Robert Bundy as to count one of the indictment , Burglary of dweling and committing an assault upon persons therein, To- Wit: Karen Chandler and Kathy Kleiner guilty, as charged.

So we say All.

Signed in full by the Foreman Rudolph E. Treml and stamped twice by the clerk Richard P. Brinker

A very powerfull document related two chi omega surviving victims that were left for dead. This is the summary verdict sealing his guilt and forman of the jury speaks fornthe entire Jury when he signs this. A one of kind museum piece! 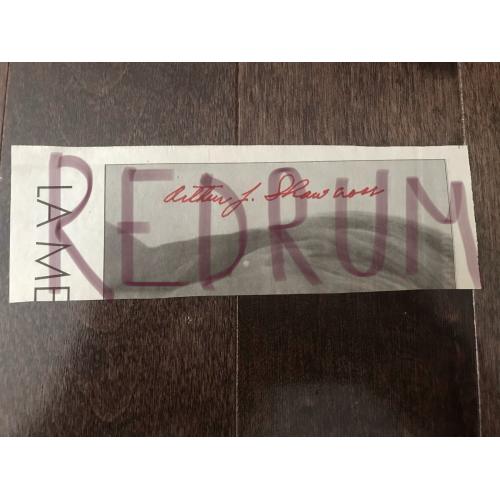 Arthur J. Shawcross signed French newspaper clipping related to the Robert William Pickton case 2004This article that came out at pickton’s attest in 2002 was signed by... 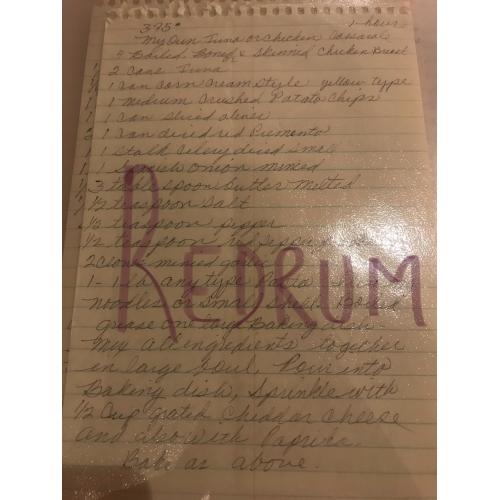 Deceased - Dorothea Puente’s own Tuna or Chiken Casserole receipe 2000Great receipe one page handwritten on yellow lined paper. Use for the book coocking with a serial ... 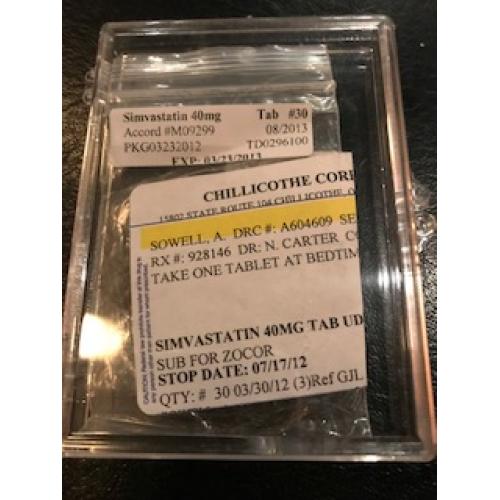 Anthony Sowell hair from his body sent from Chillicothe Correct. institution from 2013

Anthony Sowell hair from his body sent from Chillicothe Correct. institution from 2013The winner will get a single hair strand from this original prescribtion bag. 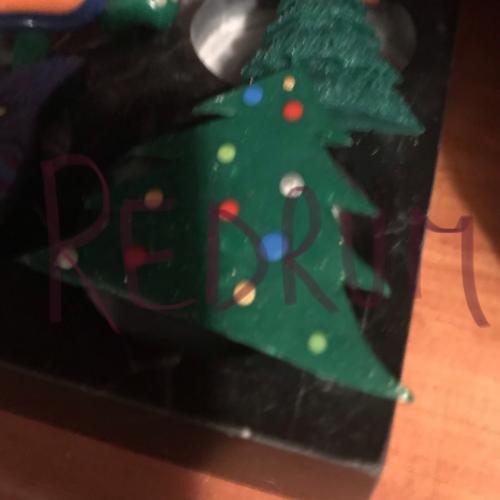