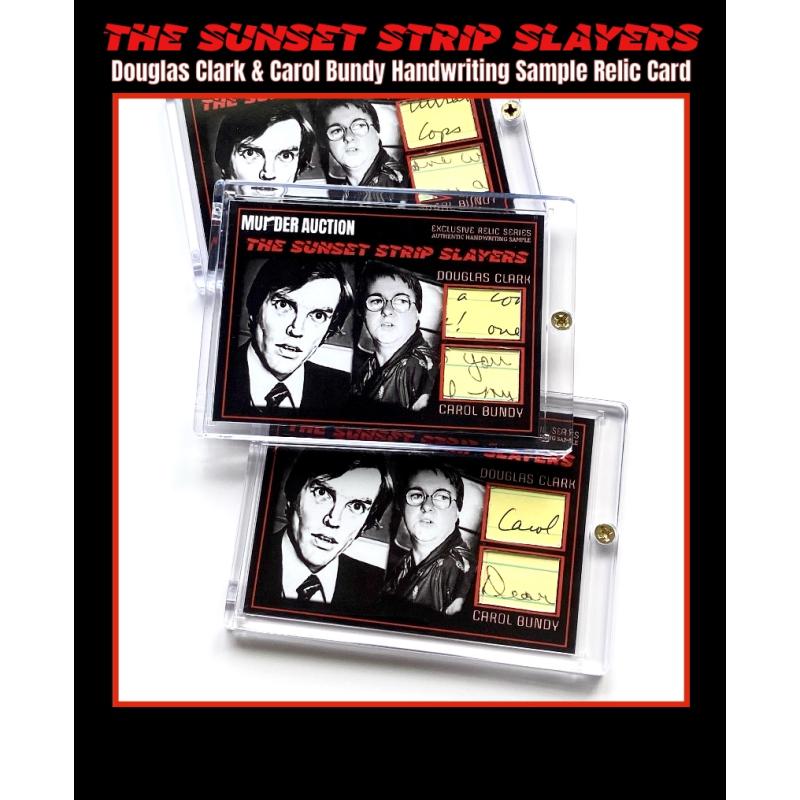 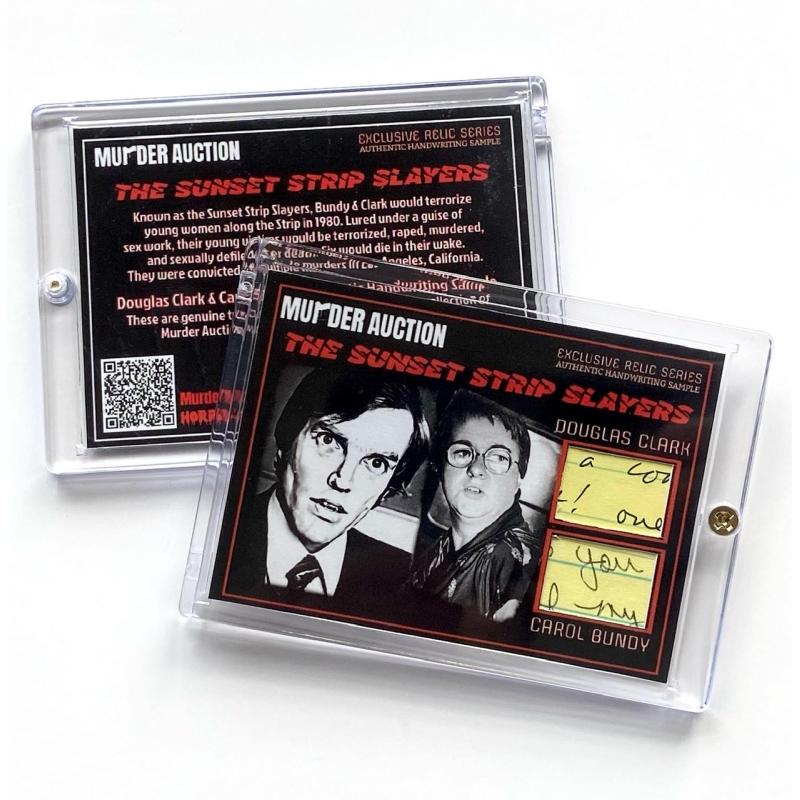 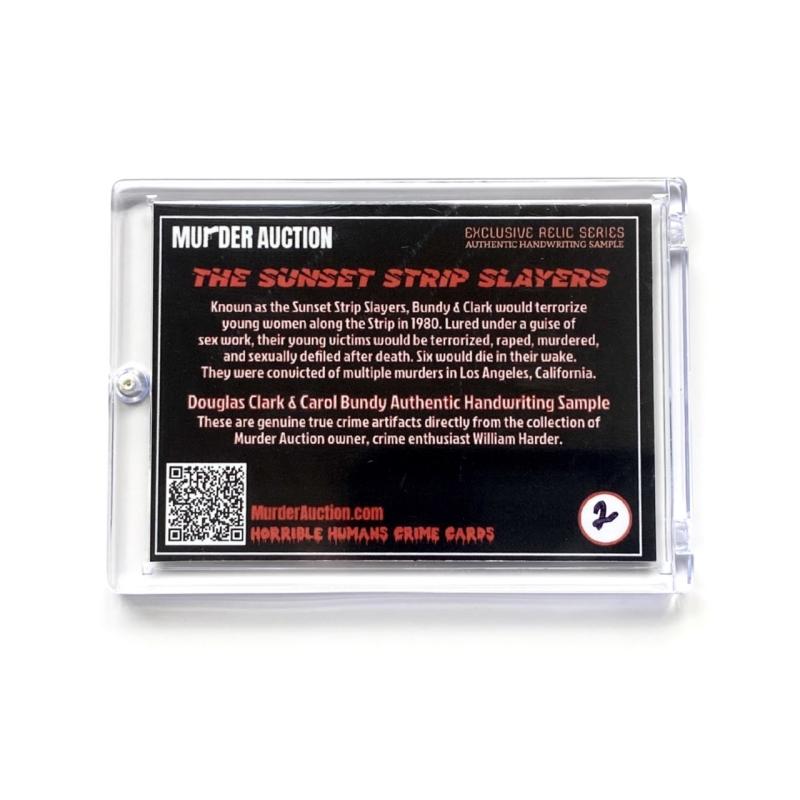 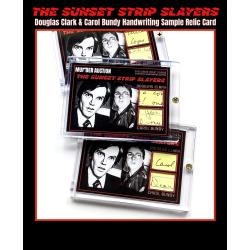 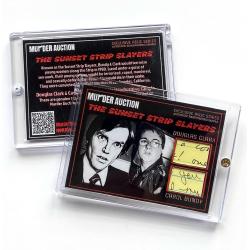 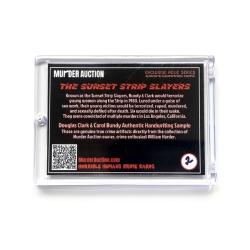 Known as the Sunset Strip Killers, Bundy & Clark would terrorize young women along the Strip in 1980. Lured under a guise of sex work, their young victims would be terrorized, raped, murdered, and sexually defiled after death. Six would die in their wake. They were convicted of multiple murders in Los Angeles, California.

These are genuine true crime artifacts directly from the collection of Murder Auction owner, crime enthusiast William Harder. Details, COA & QR Code Authenticity On The Back.

You will receive one random # card, buy with confidence will ship fast and protected. 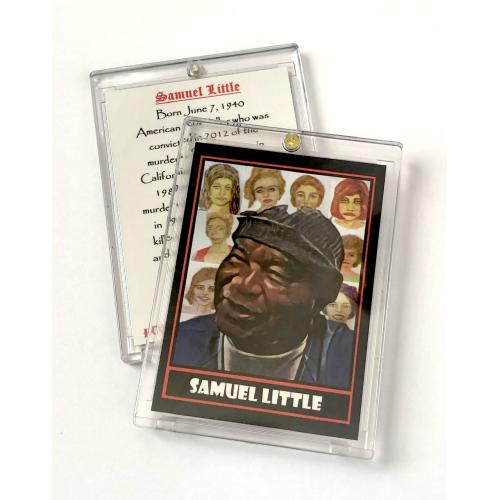 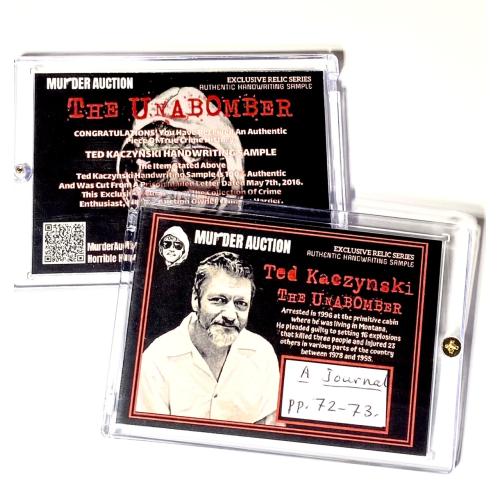 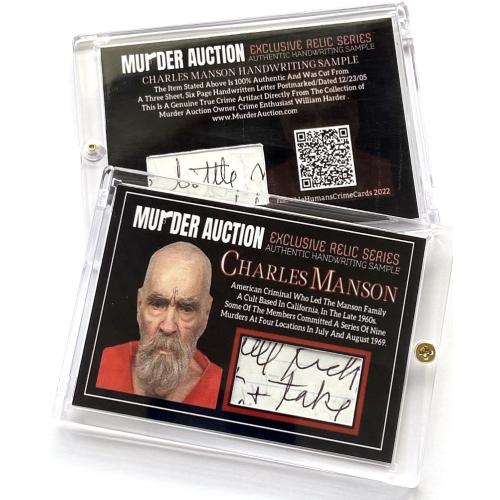 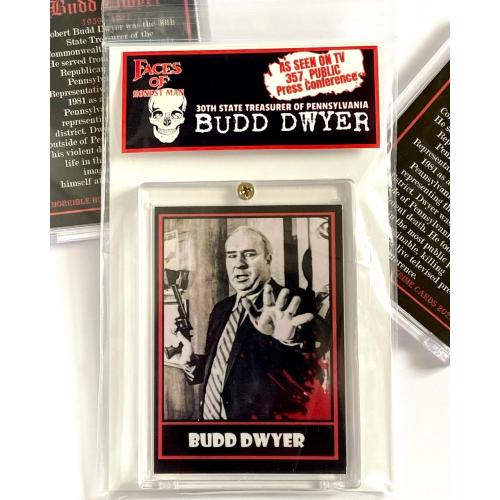 Robert Budd Dwyer “Honest Man”Trading card comes in collectors case  Was an American politician who served as the 30th state treasurer of Pennsylvania. He served fro...