This auction is for a postcard from paroled California Manson Family member Sandra Collins Good. She also went by "Blue". Good was NOT an active participant in the infamous "Tate/Labianca Murders." She was, however, roommates with Lynette Fromme, who was arrested on 9/5/1975 in Sacramento, CA, for pointing an unchambered firearm at President Ford. Good would find herself indited on 12/22/1975 for sending death threats through the mail to 170 corporate executives for causing pollution. She was convicted on 3/16/1976 and sentenced to 15 years in prison. She was paroled on 12/2/1985.

ITEM DESCRIPTION: The postcard is signed, "Blue." Good mentions that she purchased the postcard at a yard sale, Michal Ben-Horin, and Nick Bougas. The postcard is postmarked 6/29/1992. The postcard comes inside a protective comic book sleeve with an acid free board and has been stored flat. Message me with any questions you might have. Thanks for having a look-see. 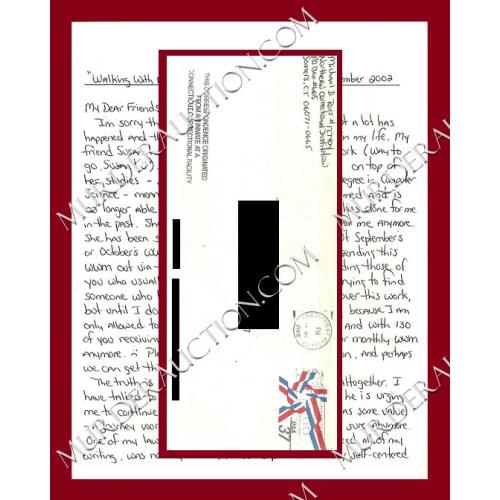 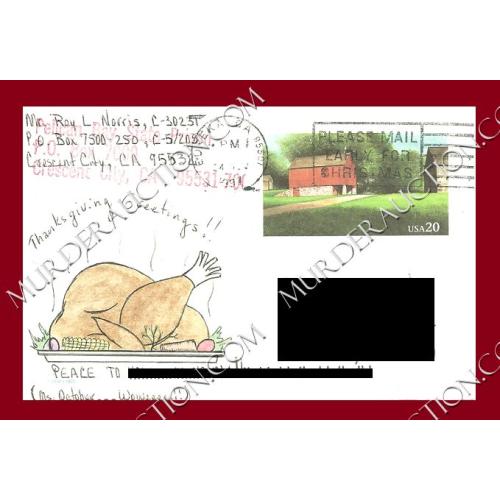 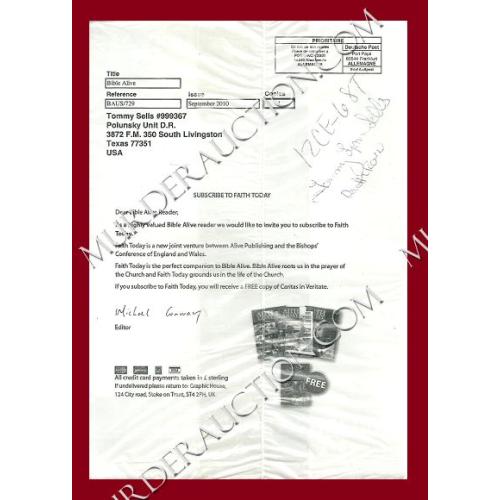 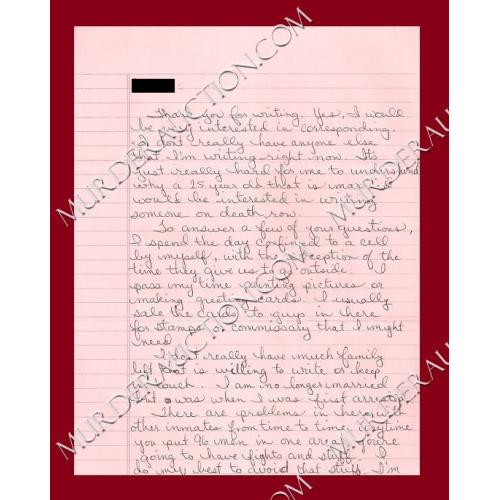