ITEM DESCRIPTION: The missive is two pages on one sheet and signed, "Richard." The original recipient was a love interest of Ramirez. Outside of him harping about her feet he mentions the movie Hostel and that Ozzfest recently passed through with Rob Zombie. The original mailing envelope is postmarked but the date is not legible. The letter and envelope come inside a protective magazine sleeve with an acid free board and have been stored flat. Message me with any questions you might have. Thanks for having a look-see.

Letter/envelope from the United Kingdom "Man in Black" serial killer. 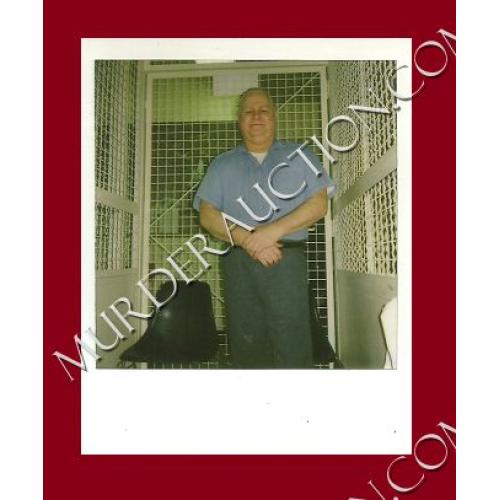 First generation copy, made from the original, cut like a Polaroid, matte finish photo of the California "Riverside Prostitute Killer". 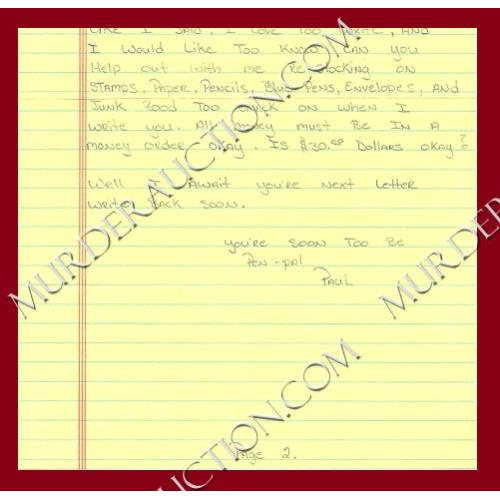 Letter/envelope set from from the Florida "Jacksonville Serial Killer" while in county jail. 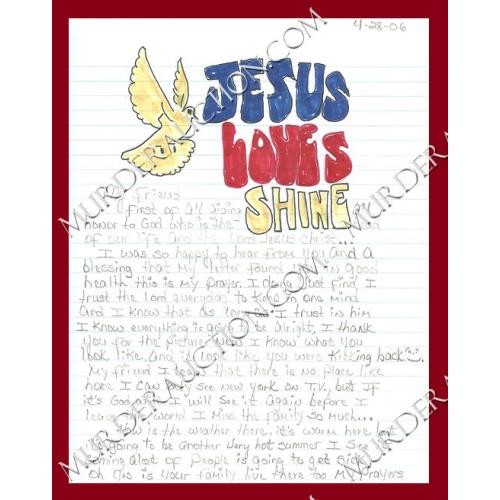