ITEM DESCRIPTION: The missive is two pages on one slightly over sized sheet (not quite legal stationery size), dated 12/2011, and is signed, "Richard." Ramirez gets into the topic of sexual likes and mentions the poem "Invictus" by William Ernest Henley. Ramirez has sent along a verse on a separate sheet of stationery. The letter and verse come inside a protective magazine sleeve with an acid free board and have been stored flat. Message me with any questions you might have. Thanks for having a look-see. 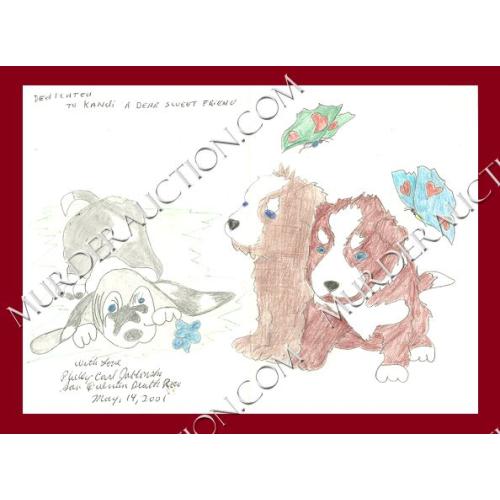 Color drawing in a greeting card by the deceased California serial killer.. 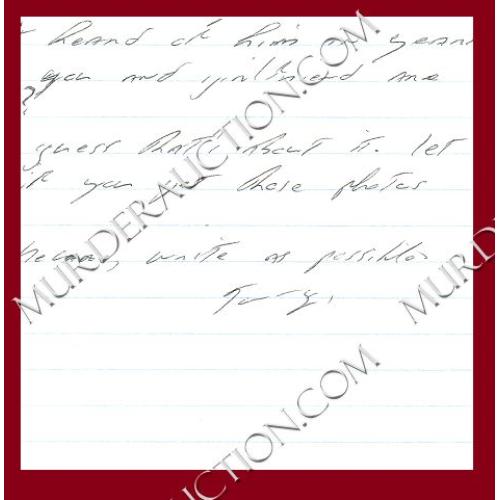 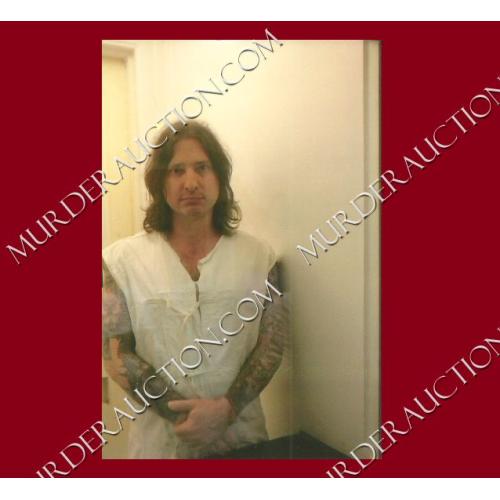