Hand tracing from the deceased California "Night Stalker" with moniker.

This auction is for a signed hand tracing from deceased California serial killer Ricardo Leyva Muñoz Ramírez, better known as Richard Ramirez, the Los Angeles "Night Stalker" (2/29/1960 – 6/7/2013). Ramirez had several monikers in press, including "The Walk-In Killer" and "Valley Intruder," however it was the "Night Stalker" that he would come to be known and ultimately remembered as. After years of criminal antisocial behavior, Ramirez started to act on his inappropriate sexual urges with a series of child sexual assaults and molestation. This would also include at least one failed attempt at child abduction. Ramirez's first known rape and murder took place on 4/10/1984, in San Francisco, CA. The victim 9-year-old victim was ritualistically posed and wasn't counted among his convictions being he was linked with DNA in 2009, years after his trials. Ramirez would go on to commit one of the most heinous crimes sprees in United States history. His method of murder varied, including acts of torture and sodomy. His victims ranged in age from 9 to 84-years-old. Ramirez would have likely continued killing if it weren't for his arrest on 8/30/1985, in Los Angeles, CA. Both the crimes and trail were riddled with satanic themes and outbursts. The case was largely celebrated in the press. In two separate trials Ramirez was convicted of 14 murders coupled with numerous crimes of physical violence, sexual assault, and burglaries. He received multiple death sentences. On 6/7/2013, while awaiting execution in San Quentin State Prison, Ramirez died of natural causes. He was survived by his post-conviction wife, Mrs. Doreen Lioy-Ramirez, with whom he was separated with at the time. Ramirez was 53.

ITEM DESCRIPTION: The hand tracing is signed, "Richard Ramirez," with the "Night Stalker" moniker and an inverted pentagram drawn in the palm. The piece was folded twice by Ramirez. Their are four pushpin holes in each corner as the original recipient must have elected to hang this on the wall in a way as barbaric as the "Night Stalker" crimes themselves! This could easily be concealed by a mat in a frame. The hand tracing comes inside a protective magazine sleeve with an acid free board and has been stored flat. Message me with any questions you might have. Thanks for having a look-see. 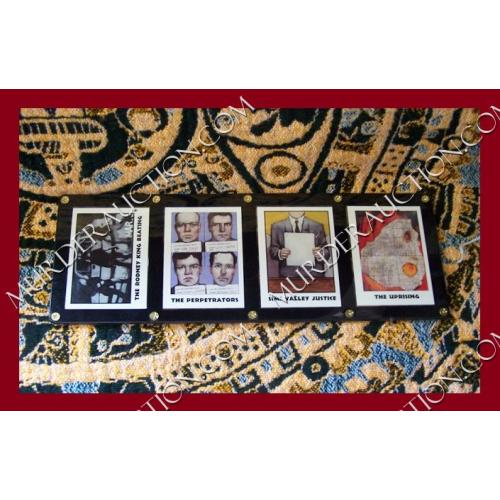 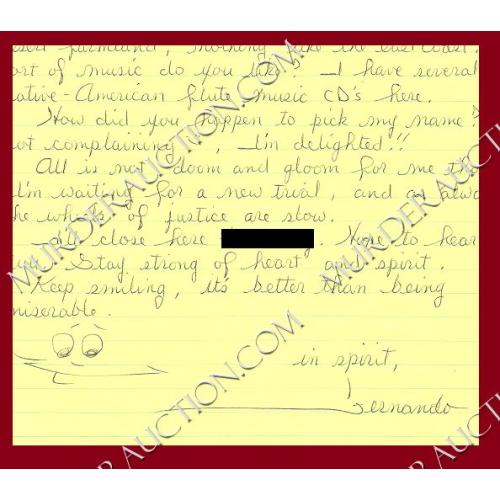 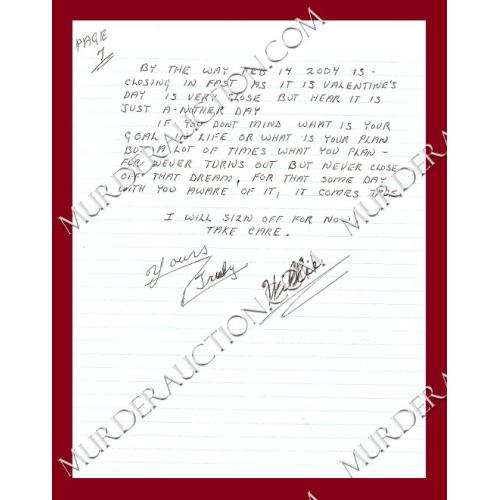 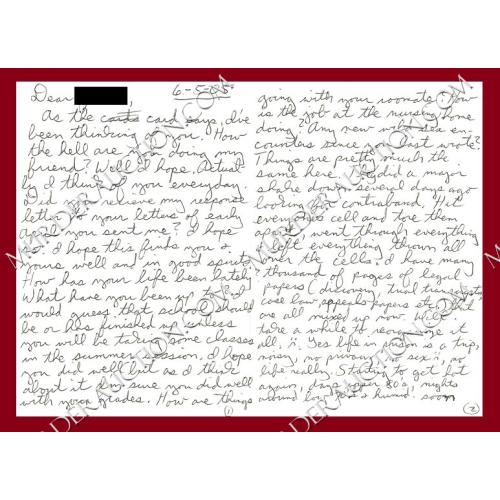