Serial Killer In THE EXORCIST

Very clear double red and black postmark with numerous lines penned by him.

In 1977 and '78, New York homosexuals were terrorized by a series of "bag murders," in which six male victims were mutilated and dismembered, their remains wrapped in black plastic bags and dumped in the Hudson River. Some of the grisly fragments washed up on the New Jersey shore, others coming to ground near the World Trade Center.

Police traced items of recovered clothing to a shop in Greenwich Village, catering to gays, and distinctive tattoos identified one of the victims as a known homosexual. Lacking identities and confirmed cause of death in several cases, the crimes were not officially classified as homicides, but were listed as CUPPI's -- circumstances undetermined pending police investigation.

A solution in the case derived from evidence collected in an "unrelated" case. On September 14, 1977, film critic Addison Verrill was beaten and stabbed to death in his New York apartment.

Charged with the slaying, Paul Bateson, a 38-year-old X-ray technician, confessed to meeting Verrill in a Greenwich Village gay bar. After having sex at Verrill's flat, Bateson crushed his victim's skull with a metal skillet, afterward stabbing Verrill in the heart.

Convicted of the homicide on March 5, 1979, Bateson drew a term of 20 years to life in prison. While in custody, awaiting trial, Paul Bateson bragged of killing other men "for fun," dismembering their bodies, and dropping the bagged remains in the Hudson River. Detectives satisfied themselves of Bateson's guilt, but he was never charged, and the "bag murders" -- that later inspired the movie Cruising -- remain technically unsolved. 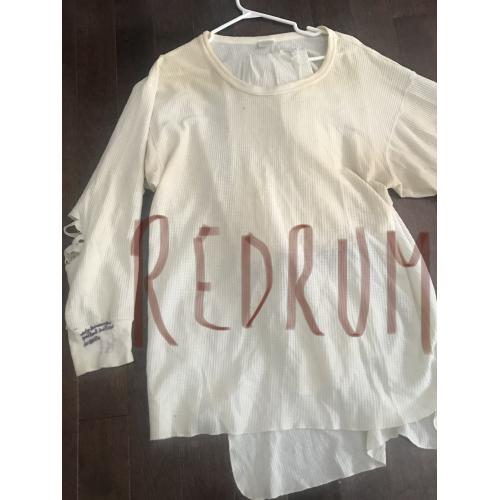 This shirt is signed on the bottom of the sleeve Westley Shermantine , Spead Freak, Deathrow, San Quentin 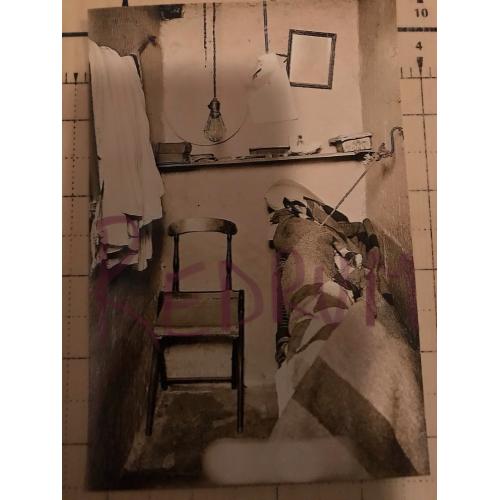 Sing sing prison cell Wyoming 4 x 6 photograph from the 1930’sYou will get a modern copy of this great picture showing a typical prisoners cell in the 1930’s by the t... 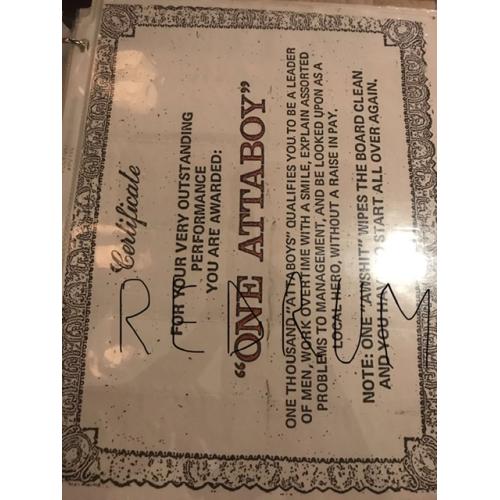 For your outstanding performance you are awarded 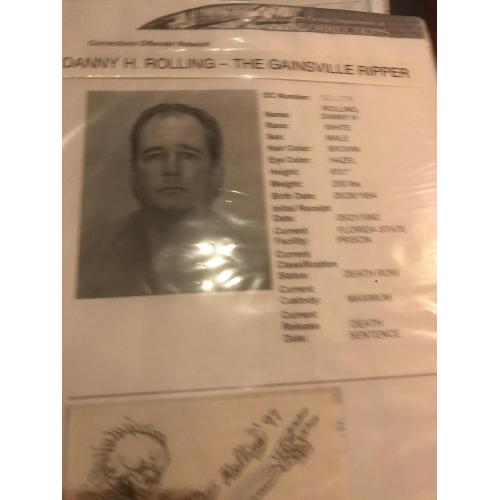 Gainesville Ripper Danny Rolling 2 p. Arrest sheet from 1990You are getting a two page copy of his arrest sheets from the 1990.