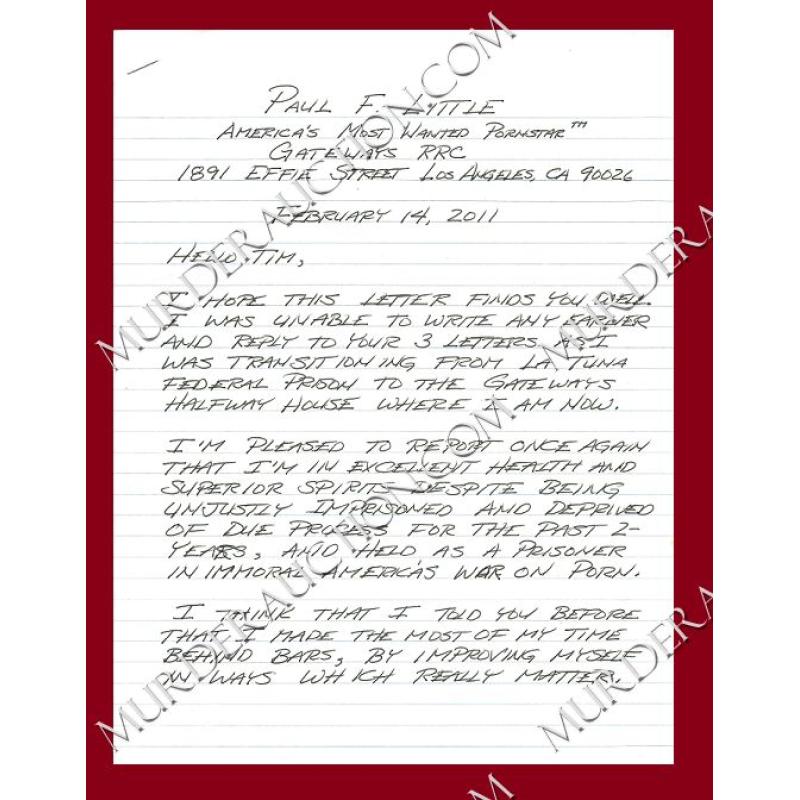 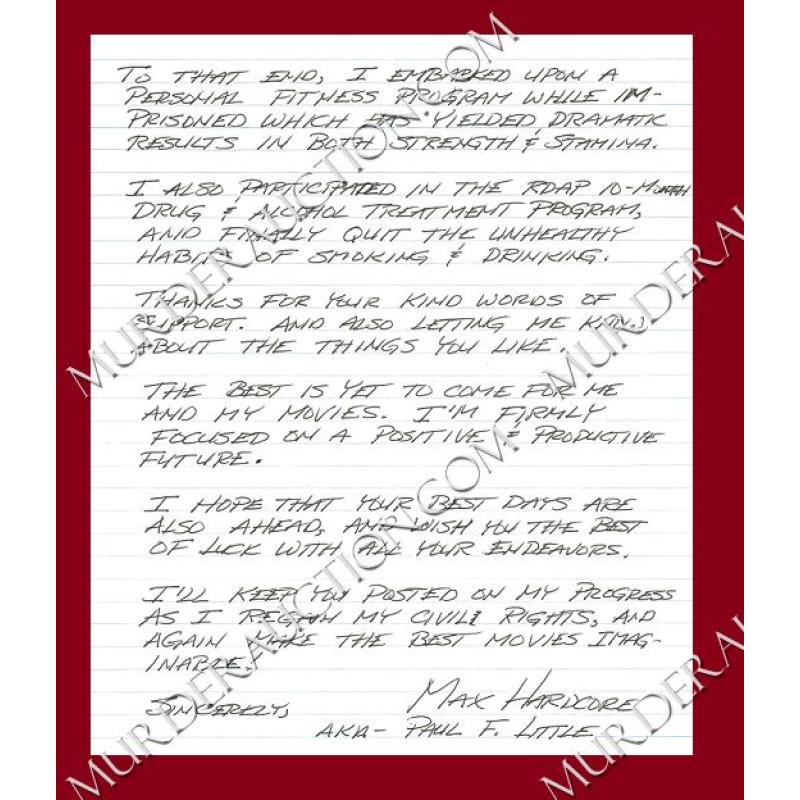 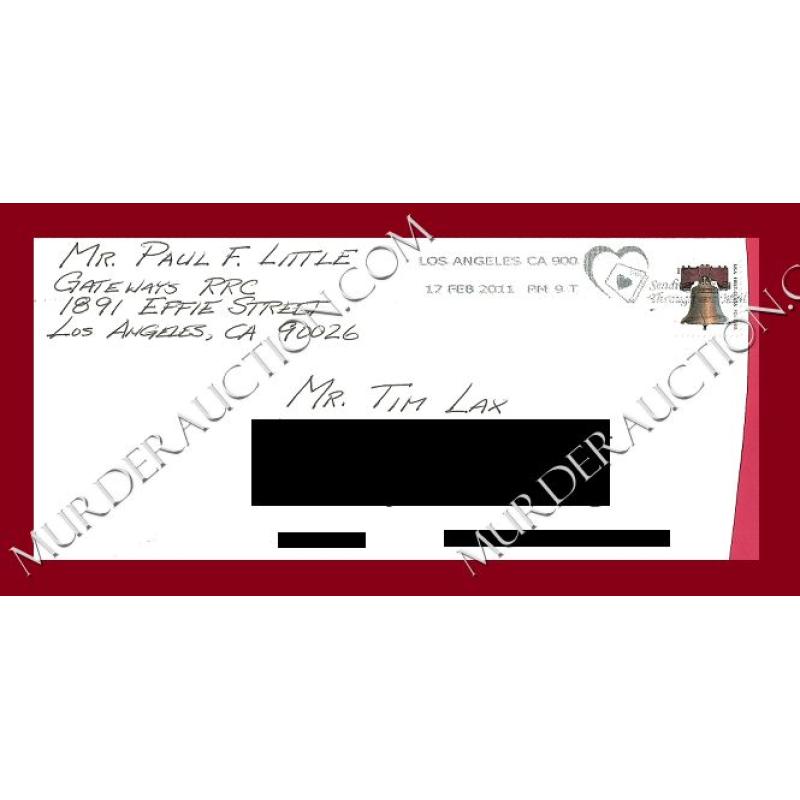 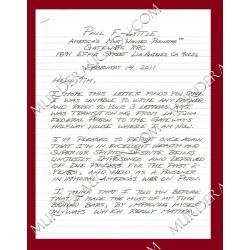 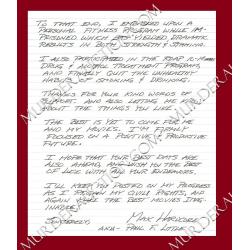 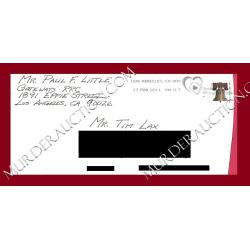 This auction is for a letter from adult film icon Mr. Paul Little, better known as Max Hardcore. Little's style of pornographic filming (and the popularity of said films) made him a target of both state and federal government law enforcement agencies. His films often centered around the degradation of adult film actresses posing as young girls, being subjected to acts of sodomy, fisting, urination, vomiting, and the like. Little took a gonzo journalism approach to his work and would often star in his own films, as well as direct. He won multiple awards in the adult film industry. Obviously this style of pornography was not appreciated by everyone. At the end of the day, all the actresses involved were 18 and nobody was forced to do anything they didn't want to do. But that didn't stop Little from being investigated, raided, charged, and tried multiple times. After mailing adult films to Tampa, Florida, Little was indicted on federal charges. Despite the law clearly being on his side, Little would ultimately be convicted under United States obscenity laws and would received a 46 month prison term on 10/3/2008. This was seen by many as a huge blow to first amendment rights. Little turned himself in to authorities on 1/29/2009. He would be released on 7/19/2011.

ITEM DESCRIPTION: The missive is two pages on two sheets, dated 2/14/2011, and signed, "Max Hardcore AKA - Paul F. Little." You might notice the St. Valentine's Day date? This would make the prefect Valentine's Day gift for that special lady in your life! The original envelope is postmarked 2/17/2011. The letter and envelope both come inside a protective magazine sleeve with an acid free board and have been stored flat. Message me with any questions you might have. Thanks for having a look-see. 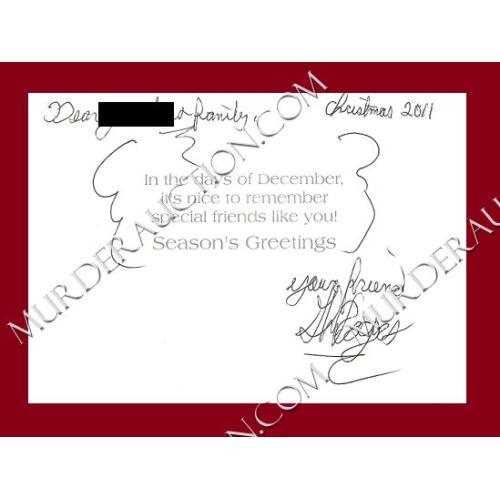 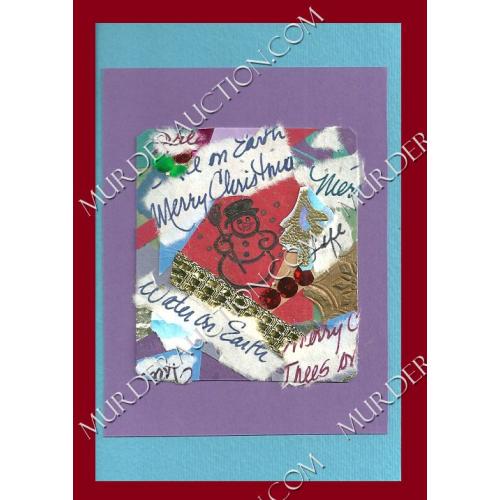 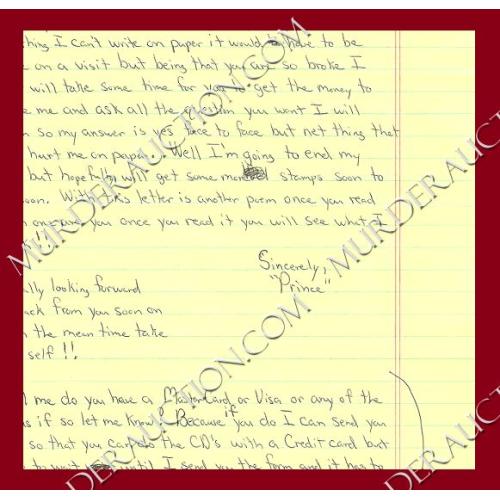 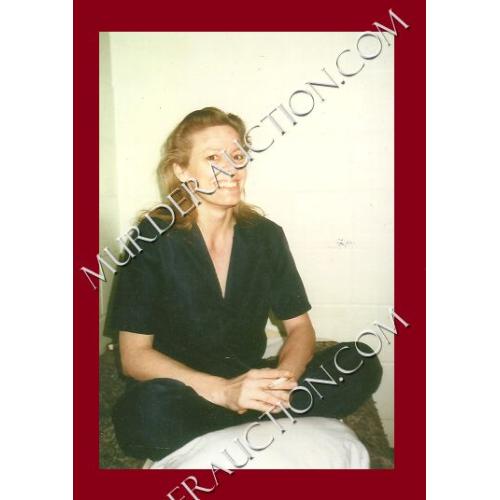