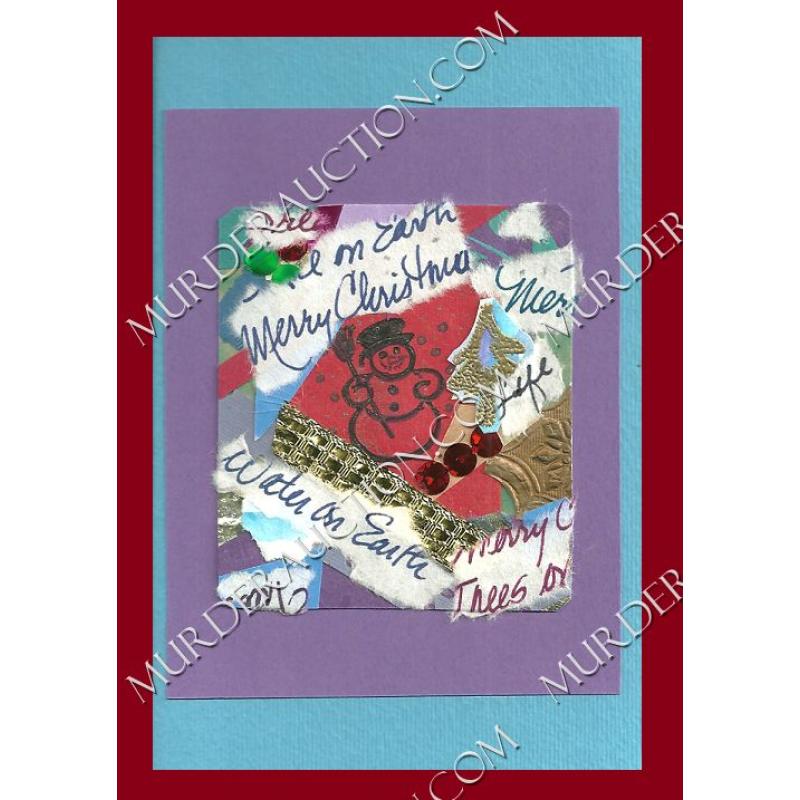 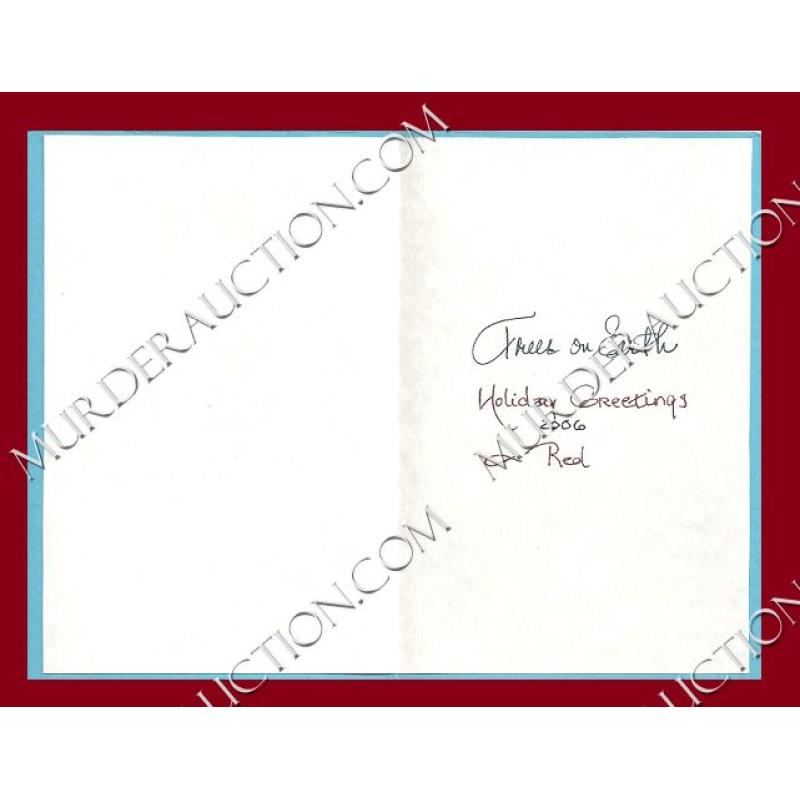 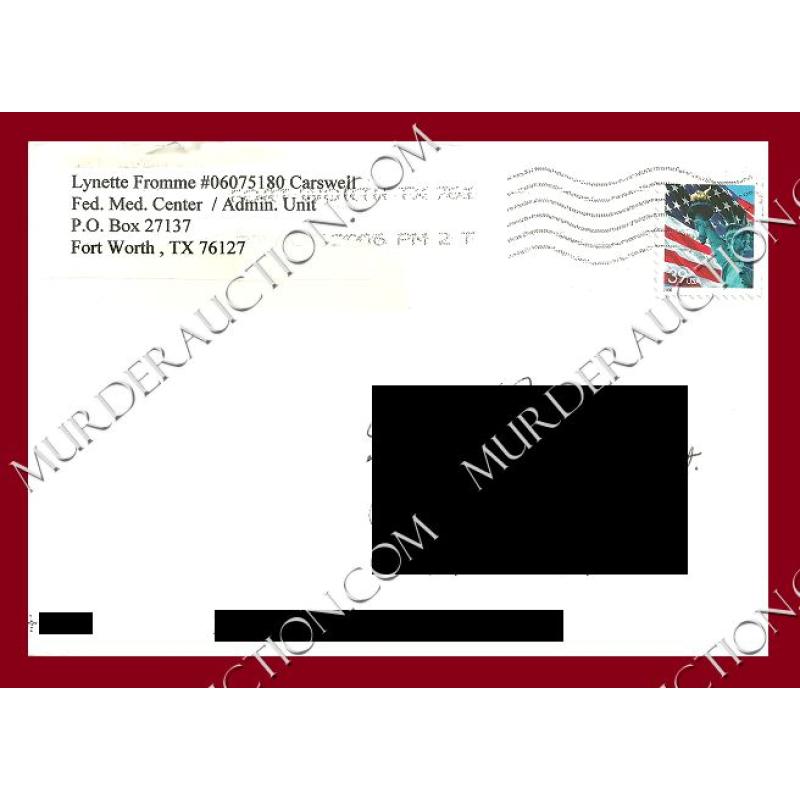 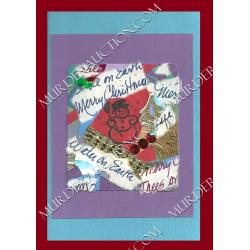 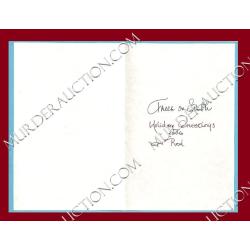 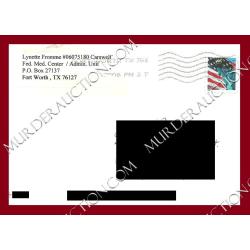 This auction is for a handmade Christmas card from paroled California would-be presidential assassin and "Manson Family" member Lynette Fromme. She also went by the names "Squeaky" and "Red." Fromme was NOT an active participant in the infamous "Tate/Labianca Murders." She was, however, arrested on 9/5/1975 in Sacramento, CA, for pointing an unchambered firearm at President Ford. Her motive was to get a platform to address deforestation of the California redwood trees. She was paroled on 9/14/2009.

ITEM DESCRIPTION: The handmade card is environmentally themed and signed, "Red." Extremely handsome craft work went into this! The original mailing envelope is postmarked 11/27/2006. The card and envelope come inside a protective comic book sleeve with an acid free board. Message me with any questions you might have. Thanks for having a look-see. 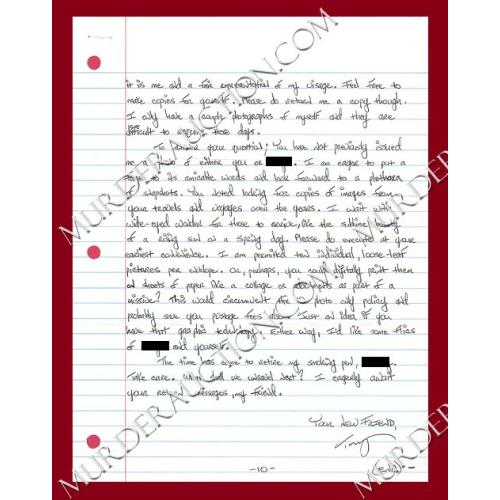 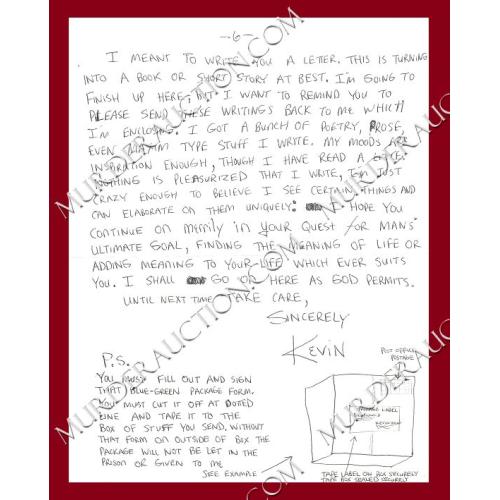 Letter/envelope set with enclosures from the condemned California serial killer. 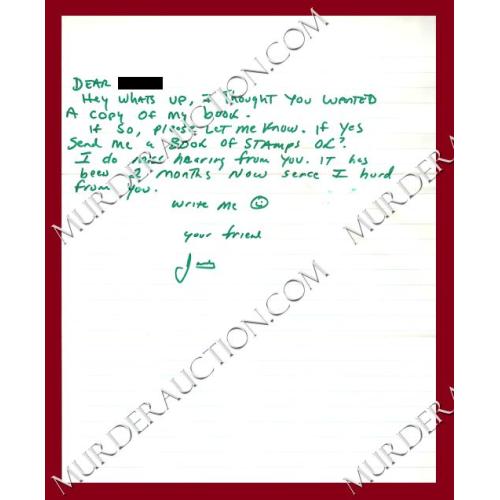