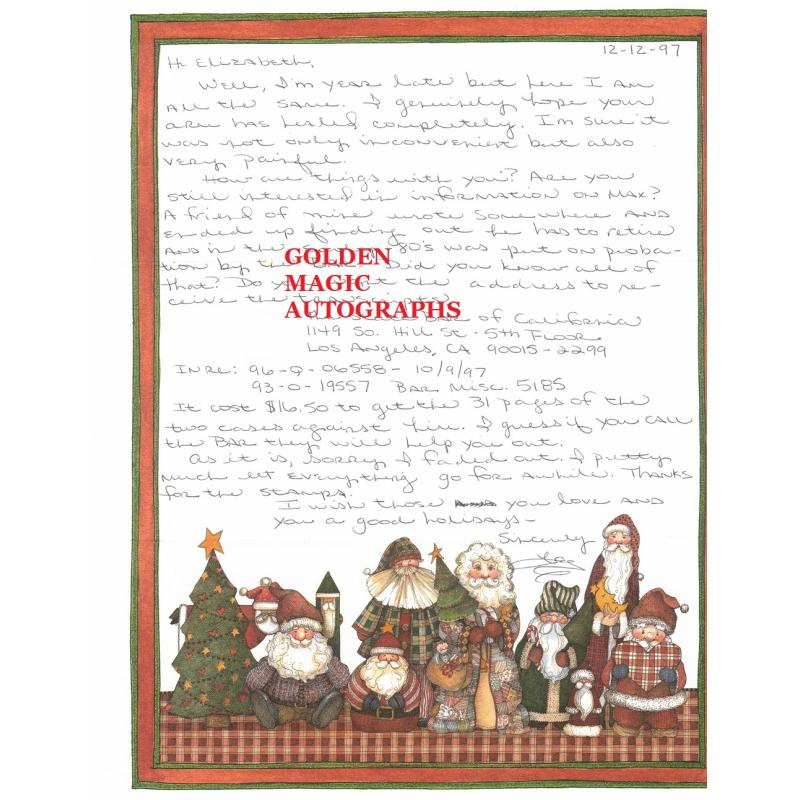 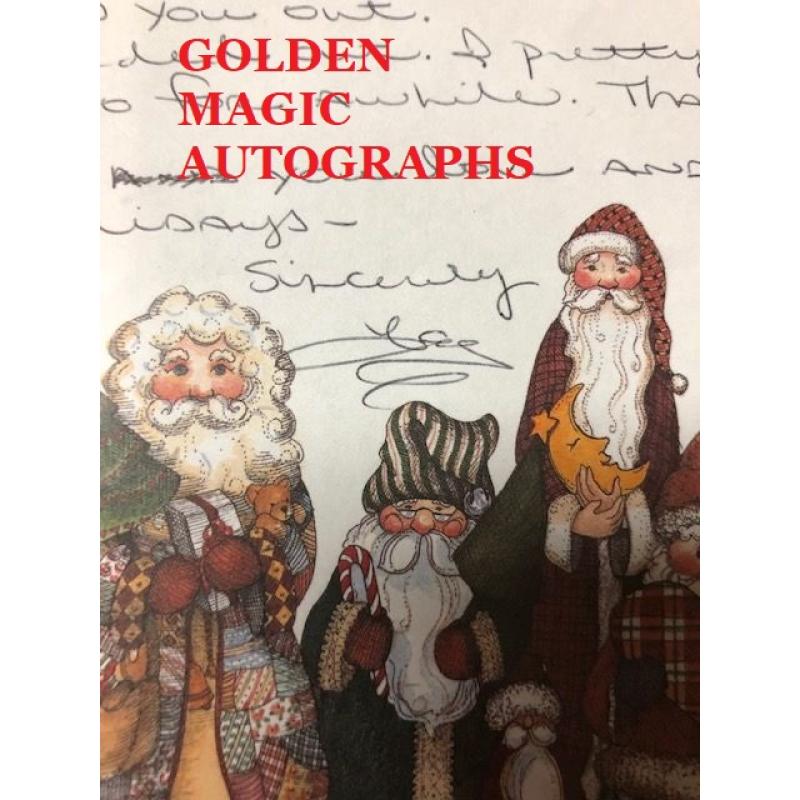 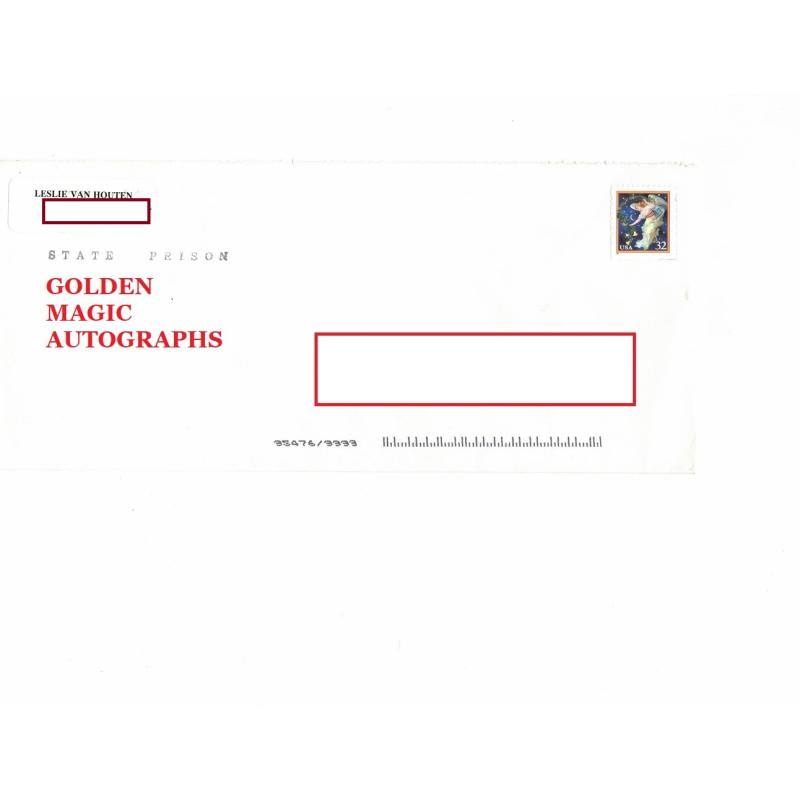 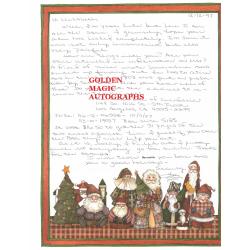 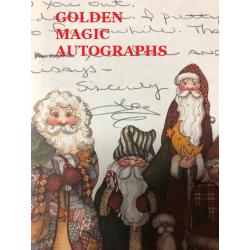 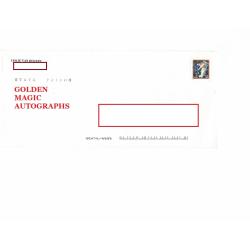 Comes from a smoke free environment. I AM CURRENTLY ACCEPTING CREDIT CARD PAYMENTS THROUGH STRIPE. YOU DO NOT HAVE TO BE SIGNED UP TO STRIPE. I WILL SIMPLY BILL YOU THROUGH THEM IF YOU WANT TO USE A CREDIT CARD.  YOU CAN ALSO USE APPLE PAY, OR US POSTAL MONEY ORDERS. I WILL CONTACT YOU AFTER YOUR WIN/PURCHASE WITH PAYMENT INSTRUCTIONS.

Leslie Louise Van Houten (born August 23, 1949) is an American convicted murderer and former member of the Manson Family. During her time with Manson's group, she was known by various aliases such as Louella Alexandria, Leslie Marie Sankston, Linda Sue Owens and Lulu. Van Houten was arrested and charged in relation to the 1969 killings of Leno and Rosemary LaBianca. She was convicted and sentenced to death. However, the California Supreme Court decision on People v. Anderson then ruled in 1972 that the death penalty was unconstitutional, resulting in her sentence being commuted to life in prison. Her conviction was then overturned in a 1976 appellate court decision which granted her a retrial. Her second trial ended with a deadlocked jury and a mistrial. At her third trial in 1978, she was convicted of two counts of murder and one count of conspiracy and sentenced to seven years to life in prison.[3] In relation to her case, high courts, parole boards and the state governor have said that an inexplicable or racial motive for murder could merit exemplary punishment and outweigh any evidence of subsequent reform. This is a postcard (4X6) signed by SAVITRI DEVI.  She was known by many as Hitler's Priestess.  Please read the longer description for more information about her.  Thi... 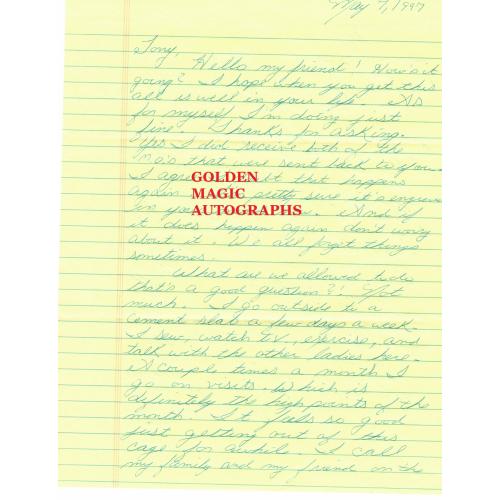 This is an 2 page letter, signed "Cyndi" by Cynthia Coffman.  Comes with original mailing envelope. Comes from a smoke free environment. I AM CURRENTLY ACCEPTING CRED... 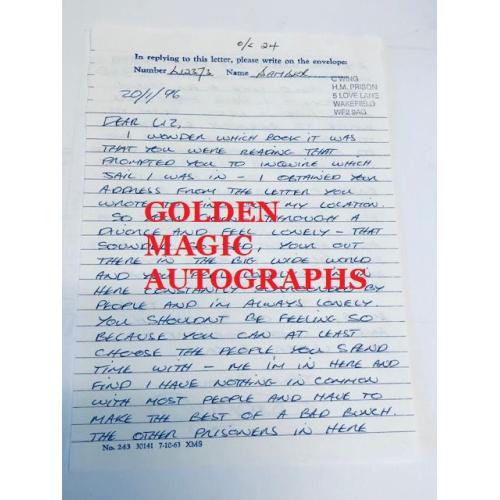 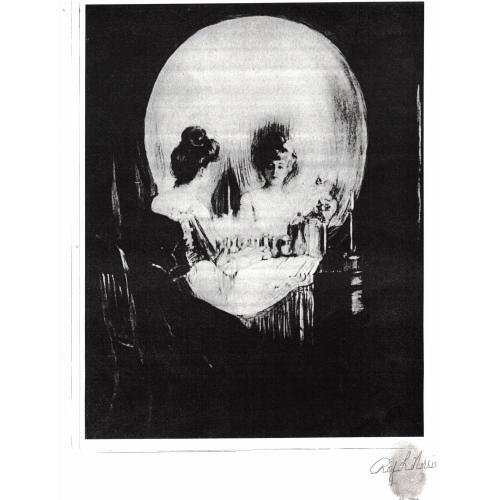 This is a photocopy of a spooky photograph which has then been signed IN FULL by ROY L. NORRIS.  He has also added a thumb print and noted the date as 2-5-95 and add...