This auction is for a C.D.C. 602 Appeal Form from one of California's "Toolbox Killers" Lawrence Sigmund Bittaker (9/27/1940 - 12/13/2019). Bittaker, also known was "Pliers," with accomplice Roy Lewis Norris, committed a series of abductions, rapes, and torture murders from June 24, 1979 to October 31, 1979, killing five teenage girls. The moniker of "The Toolbox Killers" came due to the vast majority of the items used to torture and murder their victims were pulled from a toolbox, kept in the van the two used to commit their crimes. The duo would be apprehended separately on November 20, 1979. In the plea arrangement Norris would testify against Bittaker in order to escape the death penalty and receive a 45 years to life prison sentence. During his trial, a homemade tape recording the two made of a woman being brutalized and raped was played for the jury. The victim would be identified as the fifth and final victim of both Bittaker and Norris. The jury found Bittaker guilty of all five murders, five counts of kidnapping, conspiracy to commit murder, and multiple counts of rape, forcible oral copulation, and forcible sodomy. On 3/24/1981 he was sentenced to death. Bittaker died on 12/19/2019 of natural causes. He was 79.

ITEM DESCRIPTION: The C.D.C. 602 Inmate/Parolee Appeal Form is filled out by Bittaker, dated 9/16/1988, and is signed, "L. Bittaker." In this go-around with prison officials Bittaker claims prison staff has been noncompliant with appeal procedures. Bittaker was well known for his diligent, and sometimes frivolous, appeals. The appeal form comes inside a protective magazine sleeve with an acid free board and has been stored flat. Message me with any questions you might have. Thanks for having a look-see. 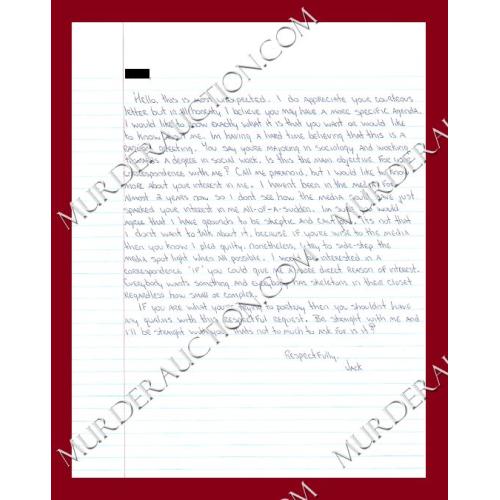 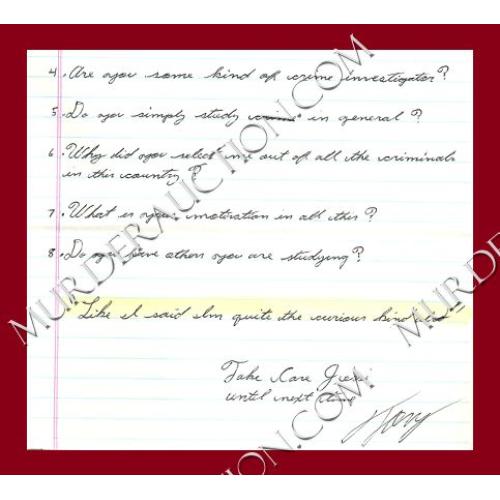 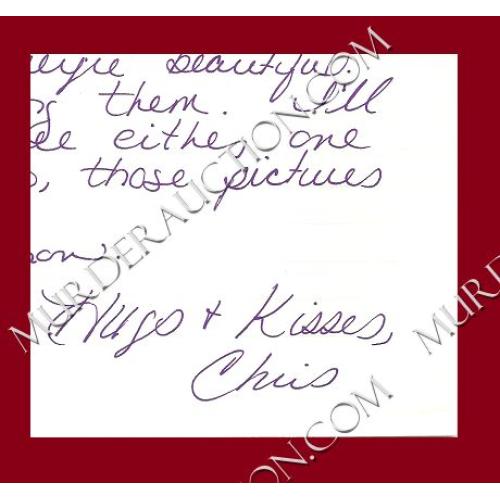