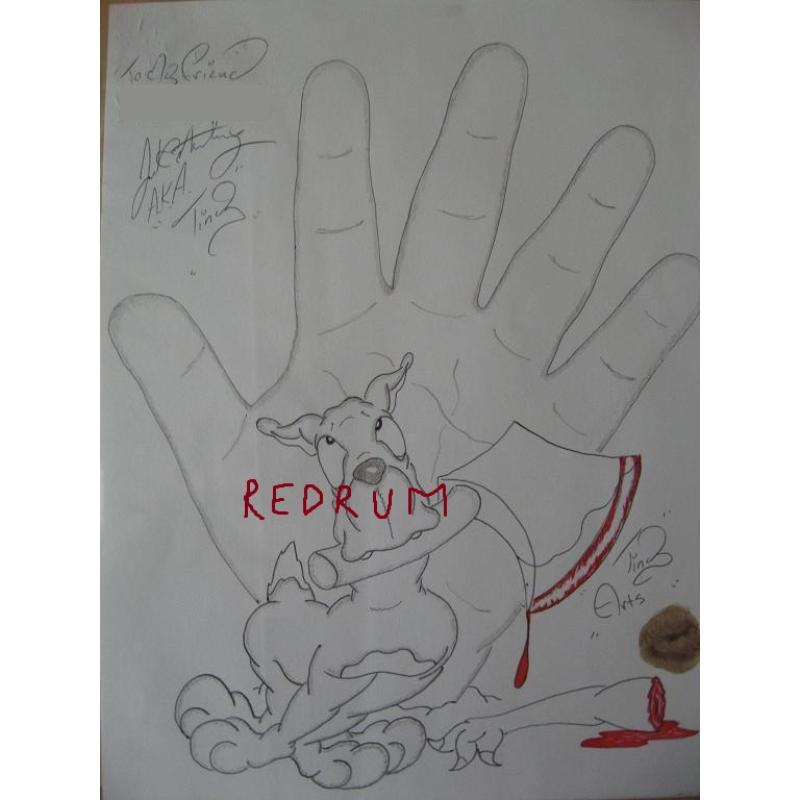 This has a right handtracing and is signed twoce Tiny. Its labeled TINY ARTS. IT has also a full Joe Metheny signature and a right thumbprint in blood.

A serial killer who claimed to have sold his victims' remains in barbecue sandwiches has died in prison.

Joe Metheny, 62, was found unresponsive by a prison guard in Maryland where he was serving two life sentences, having escaped a death sentence on appeal.

Metheny was convicted of murdering two women in Baltimore during the mid-1990s&mdashCathy Magaziner and Kimberly Spicer&mdashbut claimed to have killed 10 people in total.

The killer, who was then heavily overweight and nicknamed "Tiny", confessed to police at the time that he was "a very sick person" and, according to a contemporary report in the Baltimore Sun, broke down in court when he saw Ms Spicer's mother.

Confessing to Ms Magaziner's murder two decades ago, Metheny told detectives he "got a rush out of it, got a high out of it". 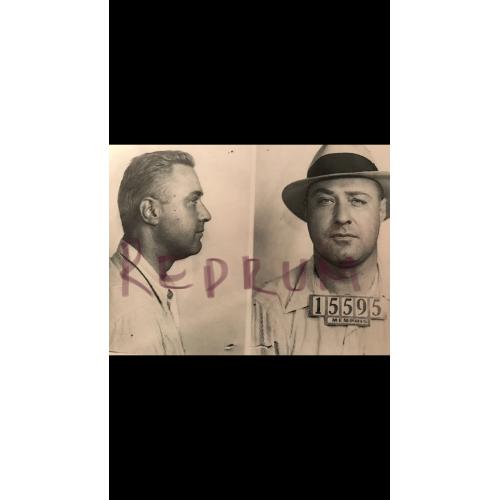 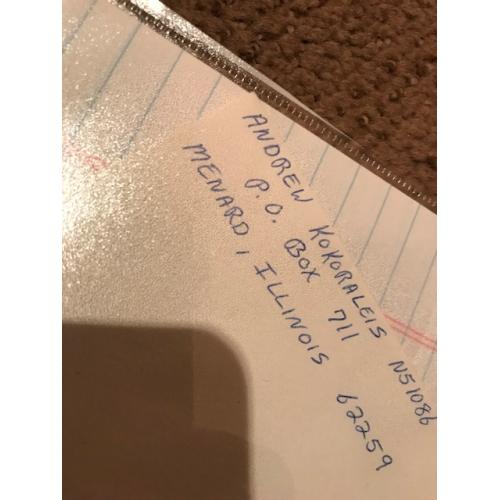 This is signed in full Andrew Kokoraleis 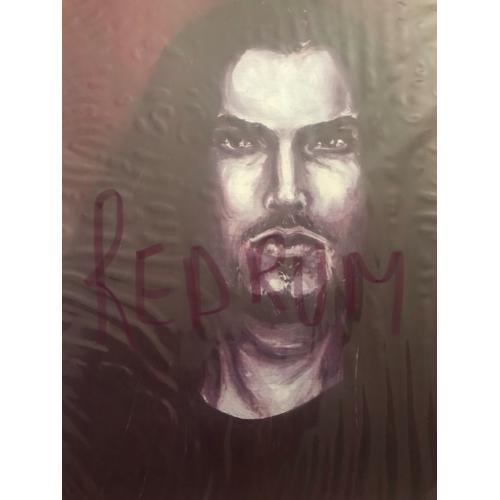 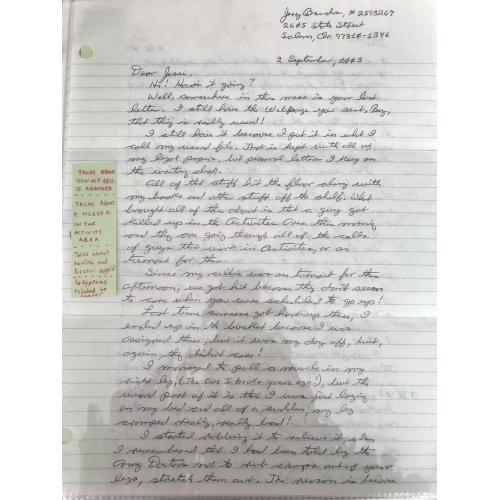