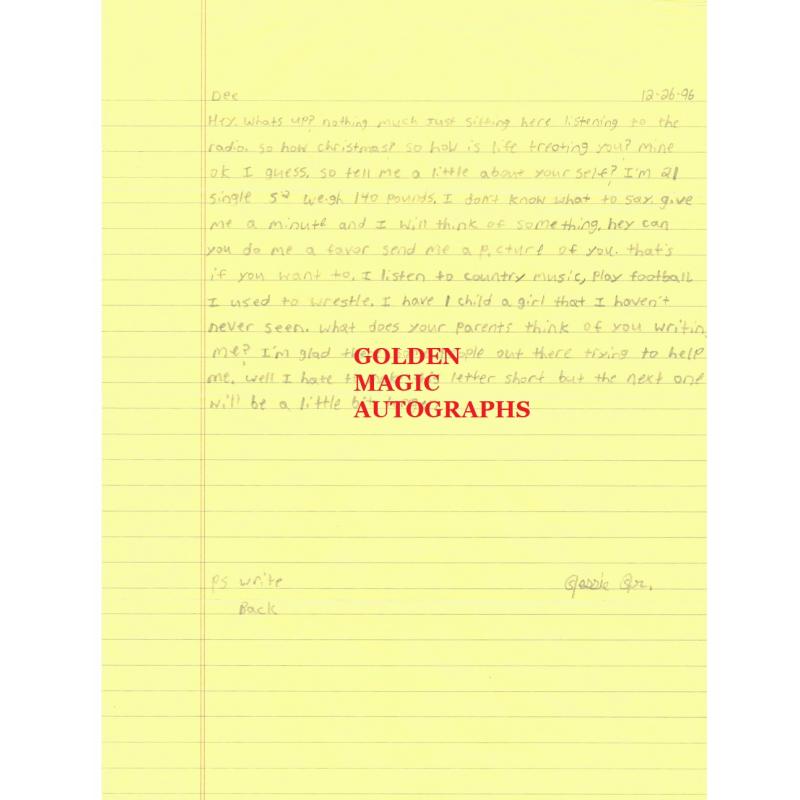 This is a one page letter signed by Jessie Misskelley.  Signed "Jessie Jr." Comes from a smoke free environment. I AM CURRENTLY ACCEPTING CREDIT CARD PAYMENTS THROUGH STRIPE. YOU CAN ALSO USE APPLE PAY, OR US POSTAL MONEY ORDERS. I WILL CONTACT YOU AFTER YOUR WIN/PURCHASE WITH PAYMENT INSTRUCTIONS.

The West Memphis Three are three men known for being convicted as teenagers in 1994, of the 1993 murders of three boys in West Memphis, Arkansas. Damien Echols was sentenced to death, Jessie Misskelley, Jr. to life imprisonment plus two 20-year sentences, and Jason Baldwin to life imprisonment. During the trial, the prosecution asserted that the juveniles killed the children as part of a Satanic ritual.[1][2][3]

The case generated widespread controversy and was the subject of a number of documentaries that explored its elements. Celebrities and musicians have held fundraisers to support efforts to free the men, who they believe are innocent of the charges.[4]

Following a 2010 decision by the Arkansas Supreme Court regarding newly produced DNA evidence and potential juror misconduct, the West Memphis Three negotiated a plea bargain with prosecutors.[5] On August 19, 2011, they entered Alford pleas, which allowed them to assert their innocence while acknowledging that prosecutors have enough evidence to convict them. Judge David Laser accepted the pleas and sentenced the three to time served. They were released with 10-year suspended sentences, having served 18 years and 78 days in prison.[  (From Wikipedia) 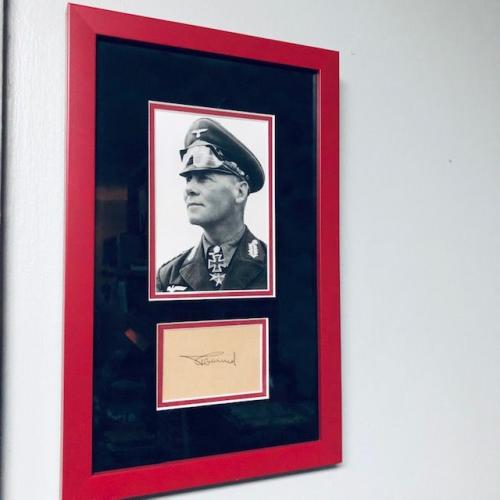 Super nice item!  Photo of Erwin Rommel with a signature on a separate card.  Professionally framed!  Overall size is approximately 9" x 14".  SHIPPING TO THE UNITED ... 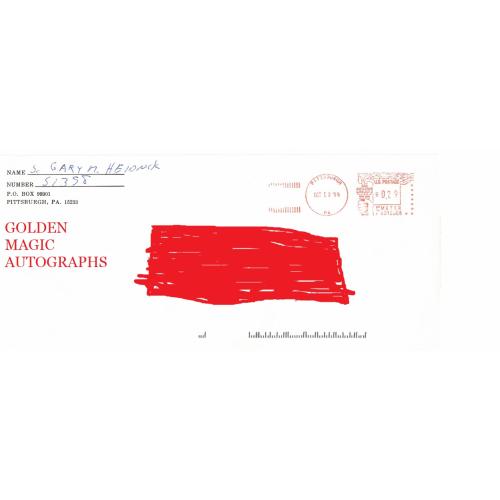 This is a business size envelope signed IN FULL by GARY HEIDNIK. Comes from a smoke free environment. I AM CURRENTLY ACCEPTING CREDIT CARD PAYMENTS THROUGH STRIPE. YOU... 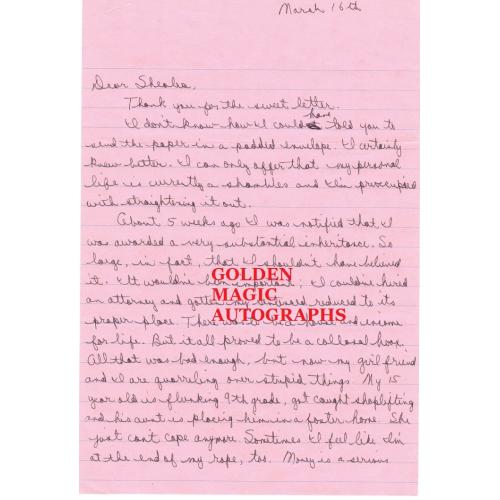 This is a four page letter signed "Best, Carol" by CAROL BUNDY.  Light Pink pages are 6x9 inches.  She talks about her 10 year abusive marriage, and that she used to be... Signed concentration camp document by ADOLF EICHMANN.  Size is 8" x 4 3/4".US SHIPPING ONLY! Comes from a smoke free environment. I AM CURRENTLY ACCEPTING CREDIT CAR...