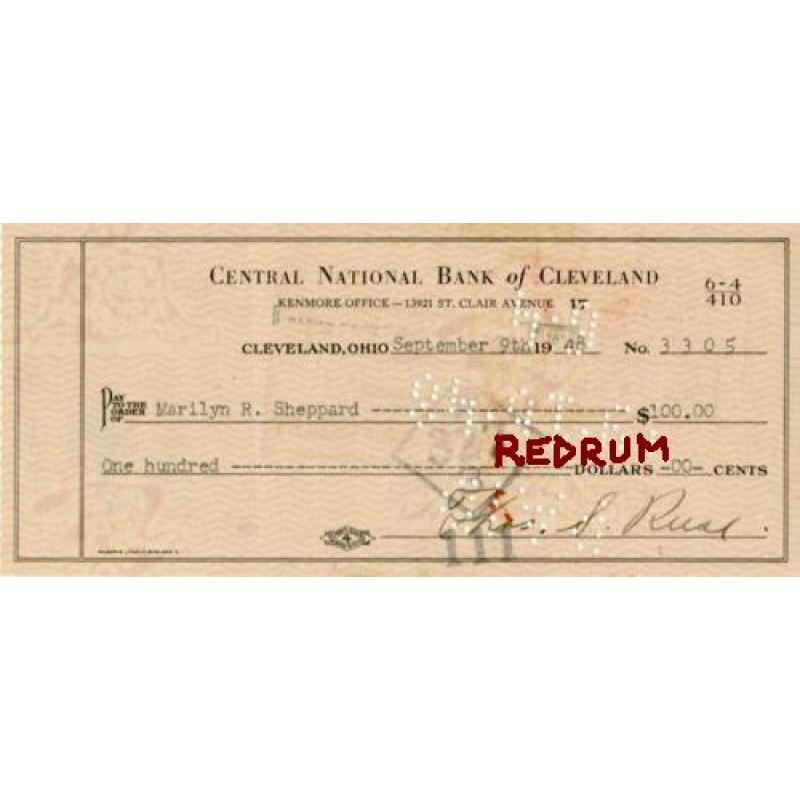 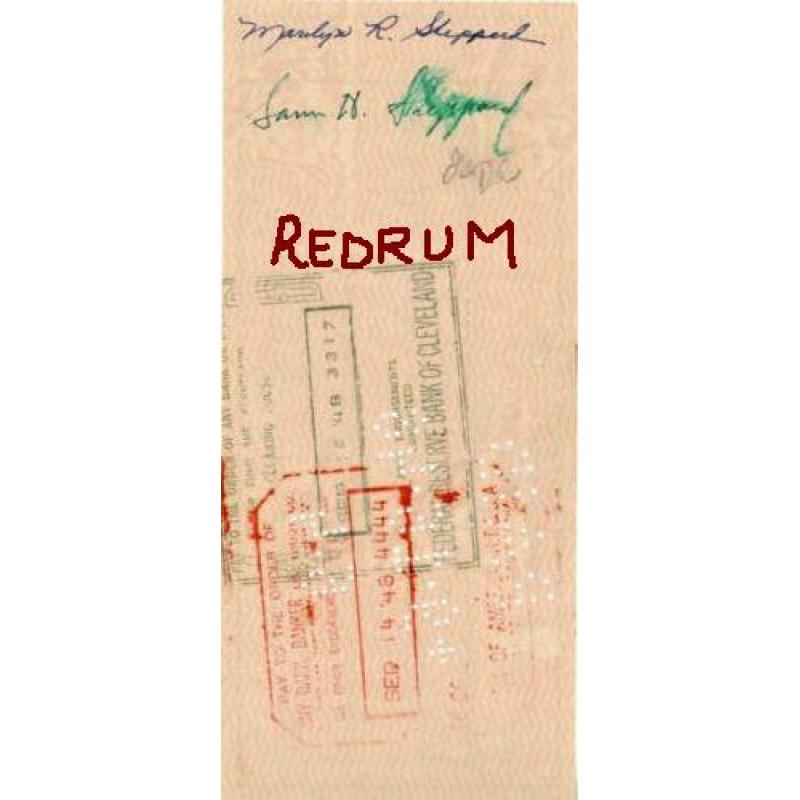 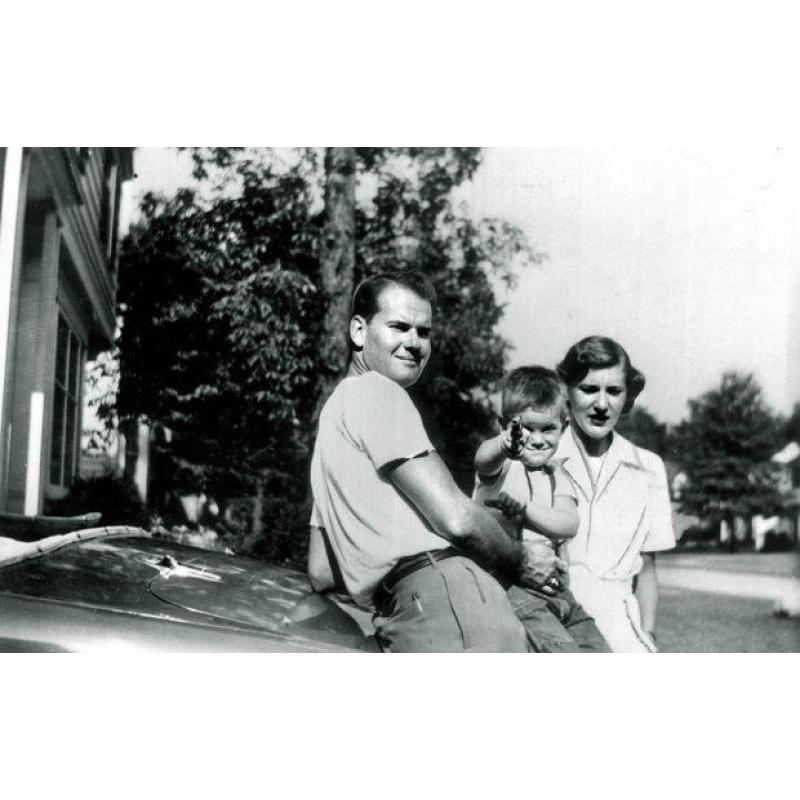 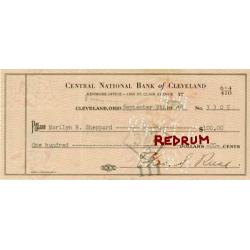 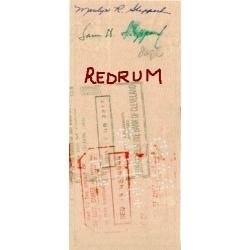 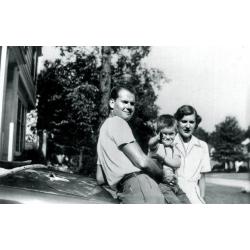 Dr. Samuel Sheppard endorsed signed check from the Bank of Cleveland from 1948

This is signed by Thomas Reese, Marylin Sheppard and Dr. Samuel Sheppard

Dr. Samuel Holmes Sheppard endorsed signed check from the Bank of Cleveland from 1948

Sam Sheppard was an American physician at the center of one of the most sensationalized court cases in modern American history.

This check was money sent by Mr. Reese to his daughter Marylin Reese wife of Sam Sheppard at the time. To cash this check Marylin and Sam Sheppard would have to sign it on the back to endorse it. It has both there signatures on the back. Marylin Reese's father would commit suicide in a motel.

On December 21, after deliberating for four days, the jury found Sheppard guilty of second-degreemurder.He was sentenced to life in prison. On January 7, 1955, shortly after his conviction, Sheppard was told that his mother, Ethel Sheppard, had committedsuicideby gunshot.Eleven days later, Sheppard's father, Dr. Richard Sheppard, died of a bleeding  gastric ulcer  and  stomach cancer.He was permitted to attend both funerals but was required to wear handcuffs.

In 1959, Sheppard voluntarily took part in cancer studies by theSloan-Kettering Institute for Cancer Research, allowing live cancer cells to be injected into his body.

All 3 of there signatures would remain on this historical document from 1948.To Marilyn Sheppard this check of 100.00$ signed Thomas Reese and also signed on the back Marilyn R. Sheppard and Samuel H. Sheppard. Dated September 9th , 1948 and has numerous bank stamps on the back.

Sam Sheppard was born in Cleveland, Ohio, in 1923. In 1954, Sheppard’s wife Marilyn was found murdered in their home. Sheppard was convicted of the killing and sentenced to life in prison, but he maintained his innocence throughout the trial and during his incarceration. After a lengthy appeals process, in 1964 he was released from prison, and during a 1966 retrial, he was found not guilty. Afterward, Sheppard turned to alcohol and died of liver failure on April 6, 1970. The 1963 television series The Fugitive and the 1993 movie of the same name were inspired by Sheppard’s case. 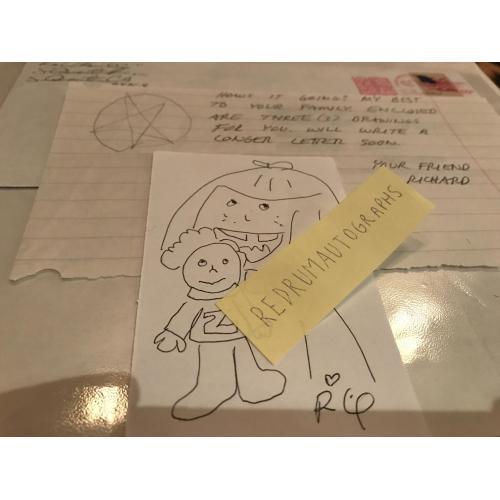 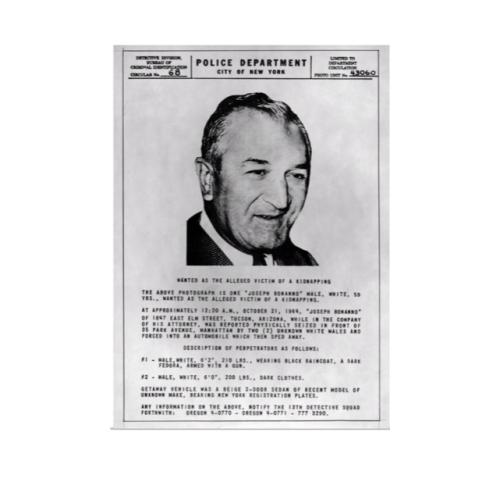 Joseph Bonanno 4 x 6 kidnapping poster add posted by New York police Department from 1964You are getting a Reprinted add/poster in this auction. A great add to your true ... 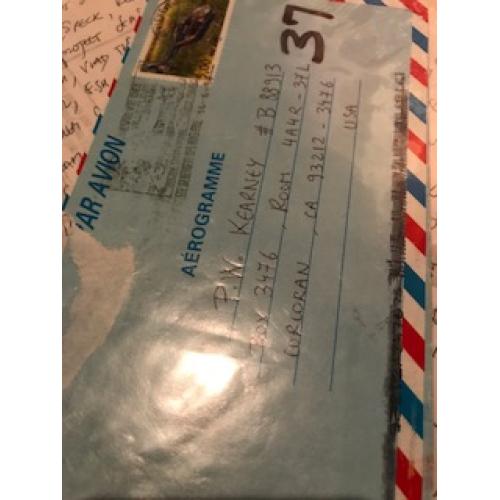 The back is signed by both Nico Claux and Patrick Kearney 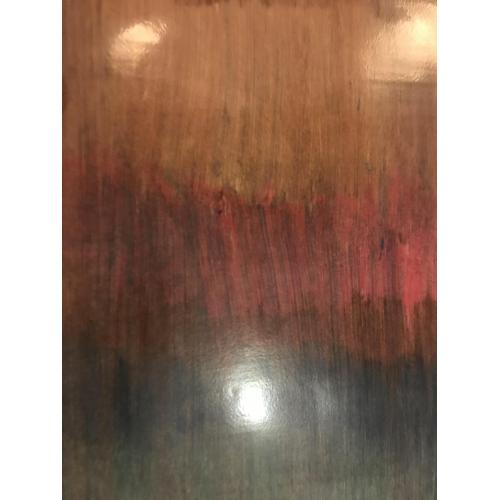