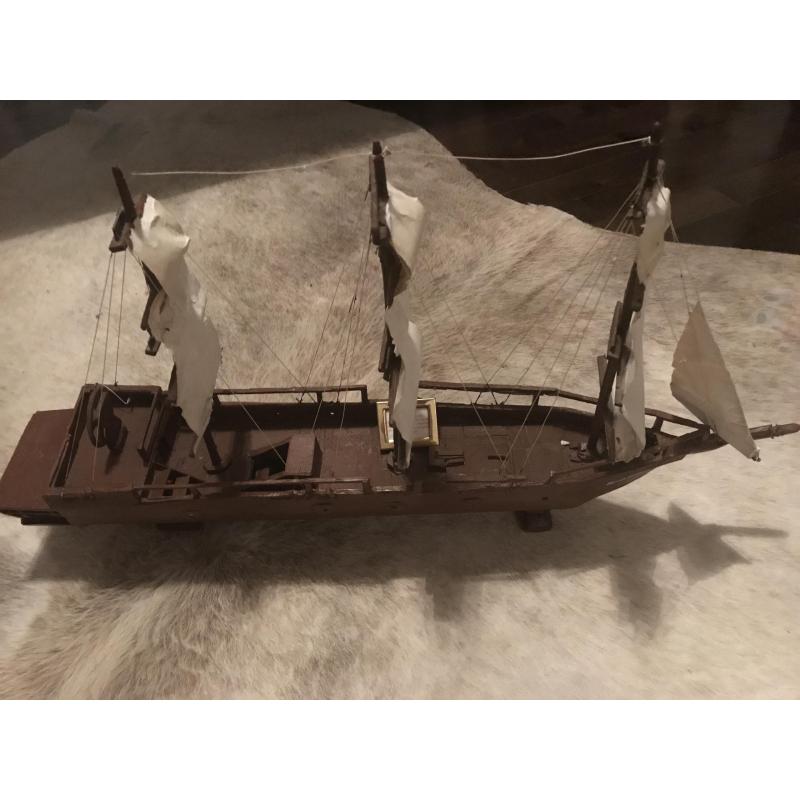 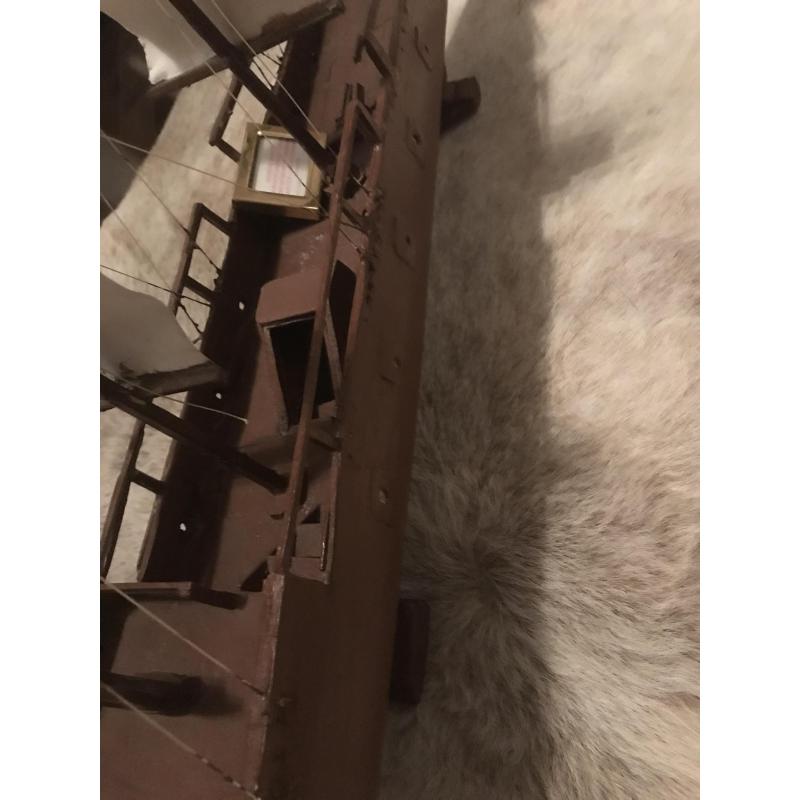 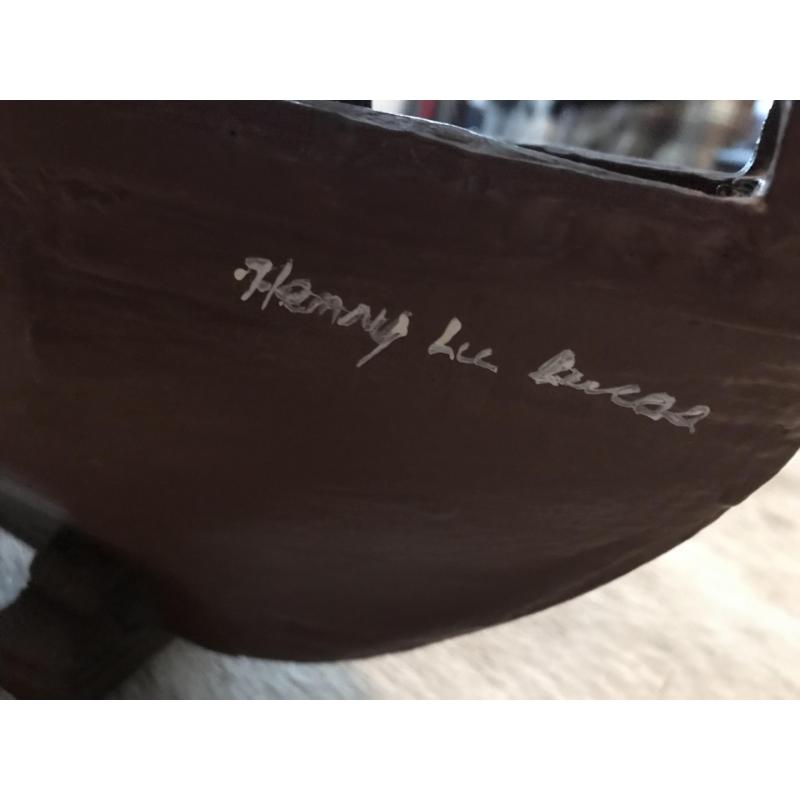 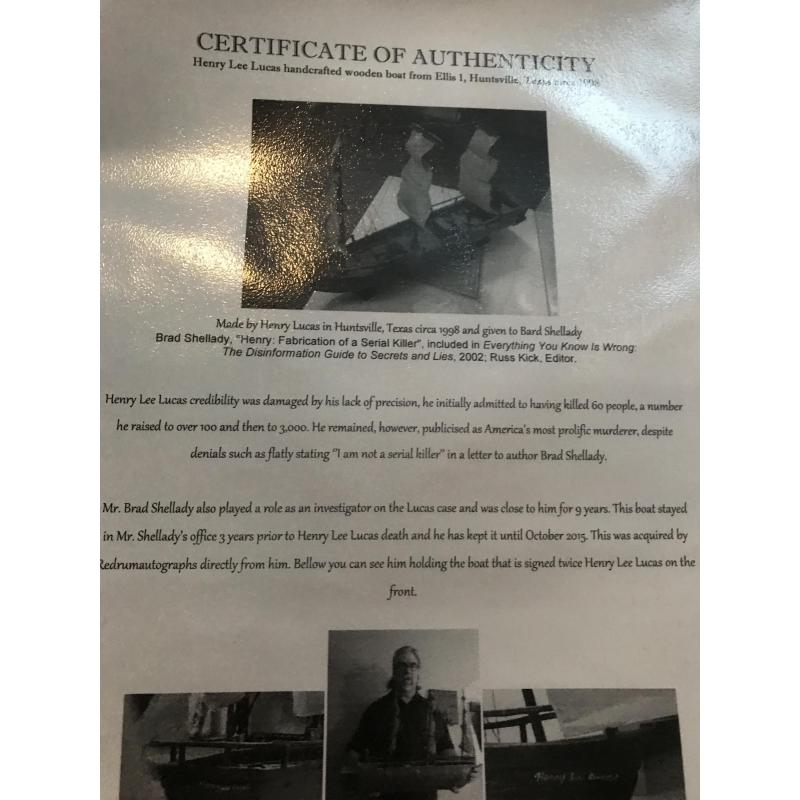 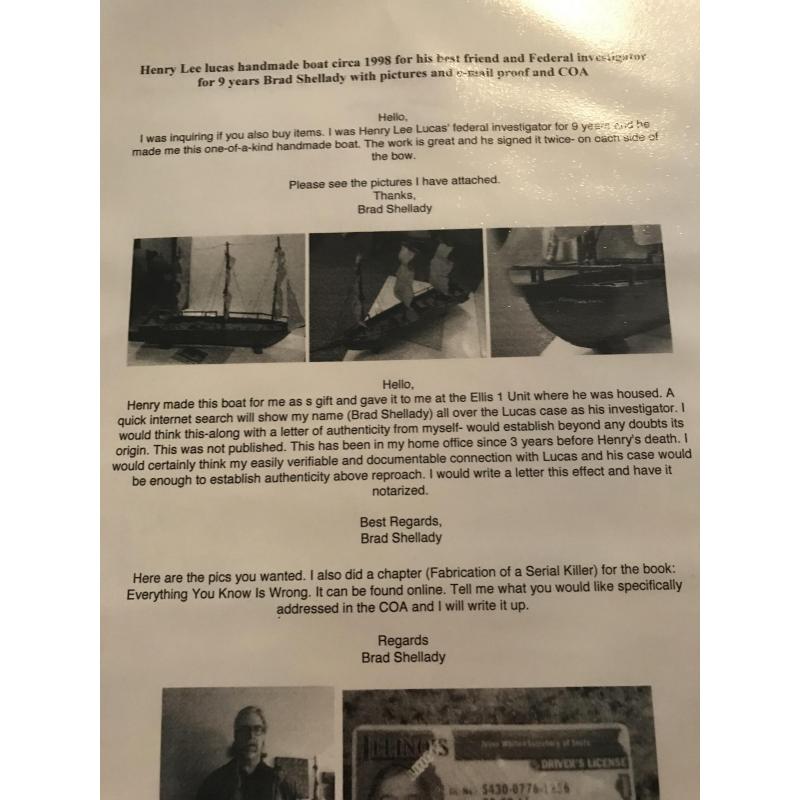 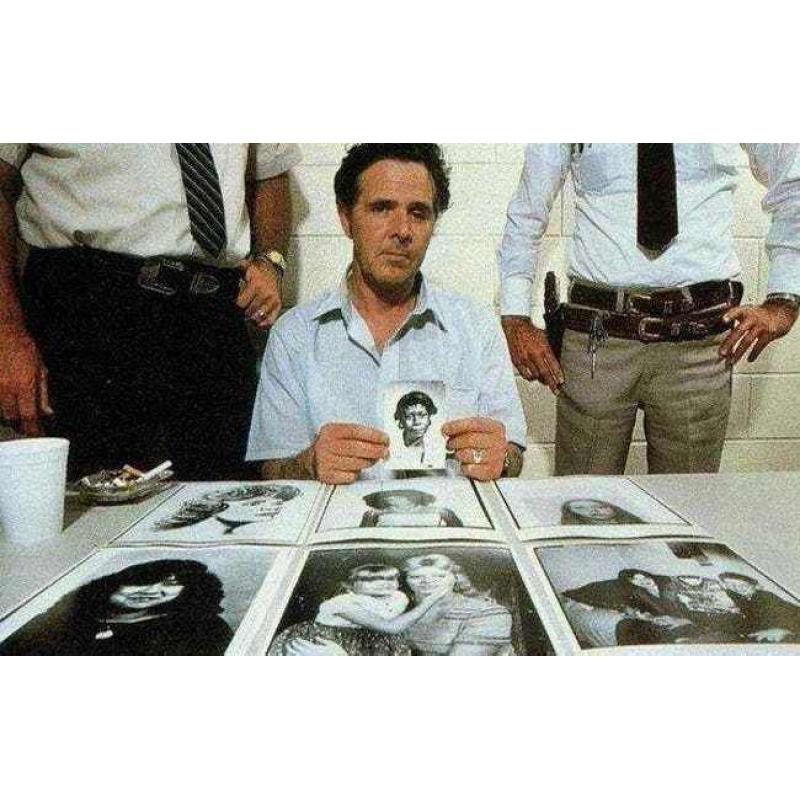 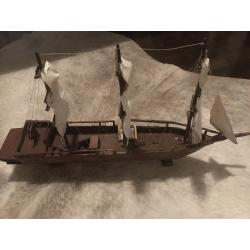 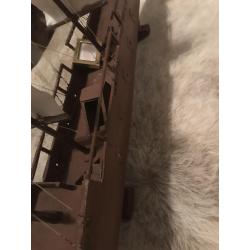 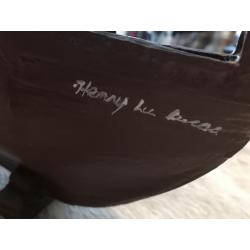 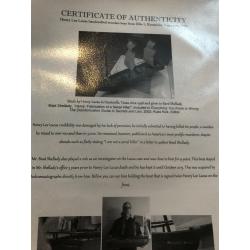 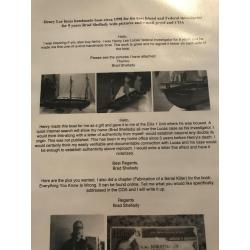 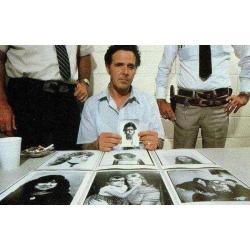 Given to Brad Shellady inspector and author in the Lucas case as a gift to thank him for his work. As seen on Netflix

Mr. Shellady played a role as an investigator in the Lucas case and wrote different articles and books related to the case. He was close to Henry Lucas for a good 9 years. This boat was given to him directly by Henry Lucas and it’s size of 32 inches makes it the biggest crafted wooden piece he ever did behind bars on top of signing it in full twice Henry Lee Lucas.

The boat stayed in Mr. Shellady’s office 3 years prior to Henry’s death and remained in his possession till 2015 when it was bought. Bellow you can see him holding the boat made in wood and paper mache and Henry signed the front of the boat twice In silver marker.

A COA with pictures and description of this item will be sent with the boat.

A museum piece due to size and the history related to the Lucas case plus the previous owner.

You will also get a receipt and proof of reception signed by Mr. Shellady.

One last little gift to the winner this boat can be seen on Netflix in the documentary confession of a killer relating to the Henry Lee Lucas case. It can be seen in the S1 E4 in He et Lucas’s cell and Henry is sitting right under the boat while the boat is sitting on the top bed right over him. How about that!!! Totaly powerfull true crime piece! Largest crafted piece and very well documented!

Henry Lee Lucas (August 23, 1936 – March 12, 2001) was an American serial killer. Lucas was arrested in Texas and on the basis of his confessions to Texas Rangers, hundreds of unsolved murders were attributed to him and officially classified as cleared up. Lucas was convicted of murdering 11 people and condemned to death for a single case with an unidentified victim. A newspaper exposed the improbable logistics of the confessions made by Lucas, when they were taken as a whole, and a study by the Attorney General of Texas concluded he had falsely confessed. Lucas's death sentence was commuted to life in prison in 1998. In some cases, law enforcement thought that Lucas had demonstrated knowledge of facts that only a perpetrator could have known. 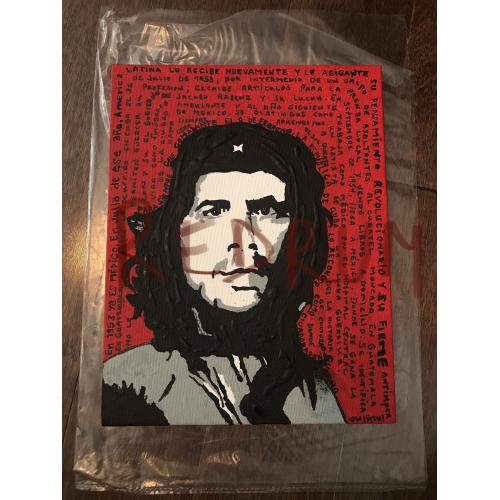 No reserve on this original painting obtained in 2007. 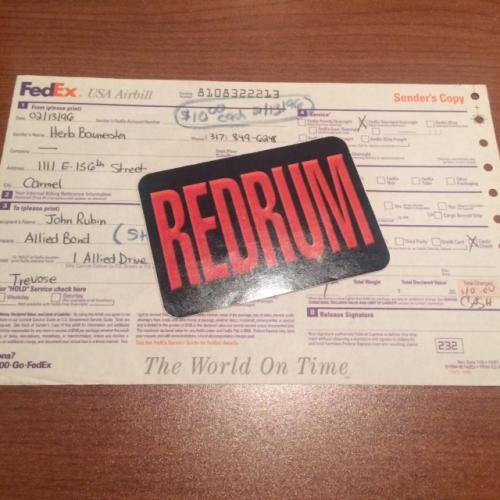 He would commit suicide 5 months later at Pinery Provincial Park 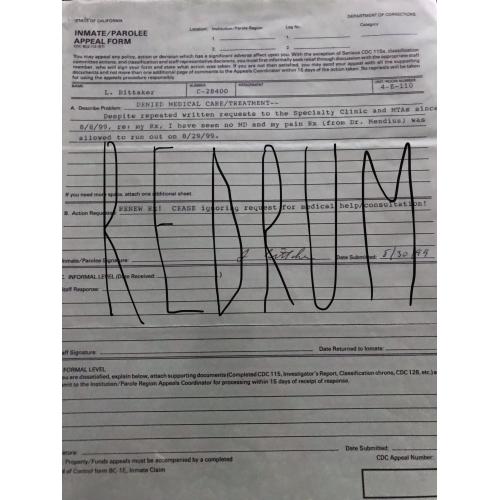 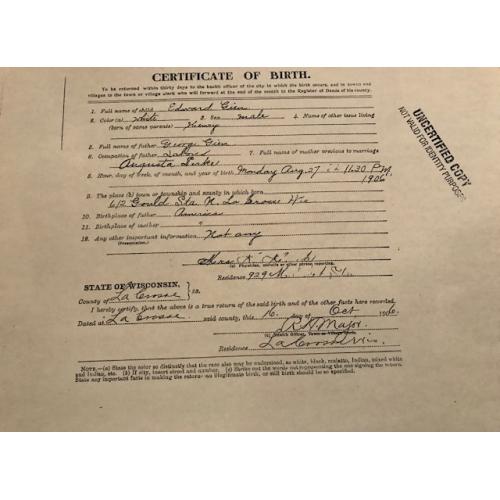 Edward Gein birth 8.5 x 11 certificate State of Wisconsin from 1906You will be getting a reprint of the birth certificate on 8.5 x 11 paper.Great add to your collection!