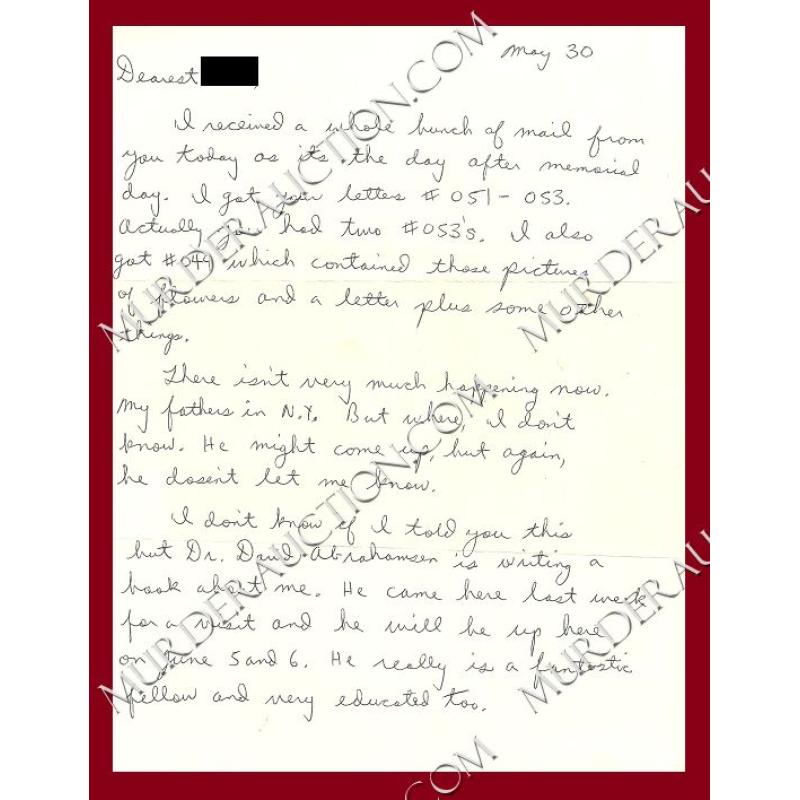 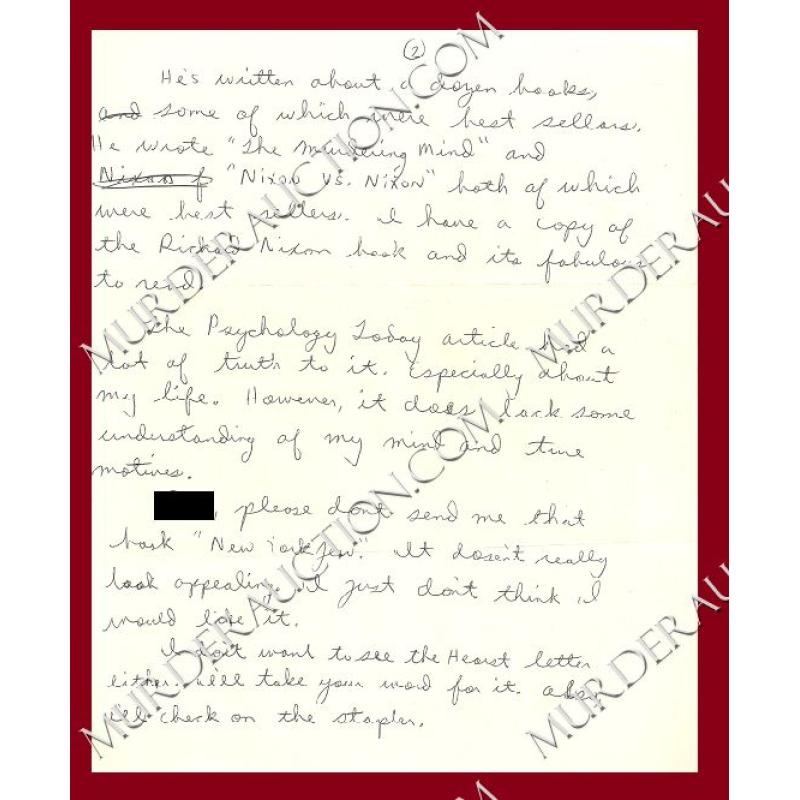 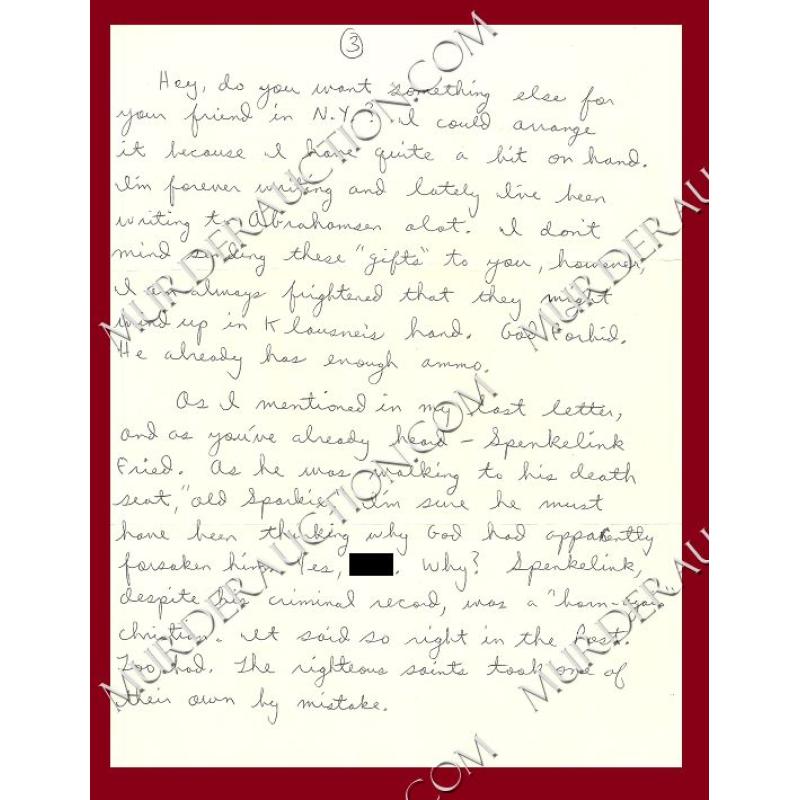 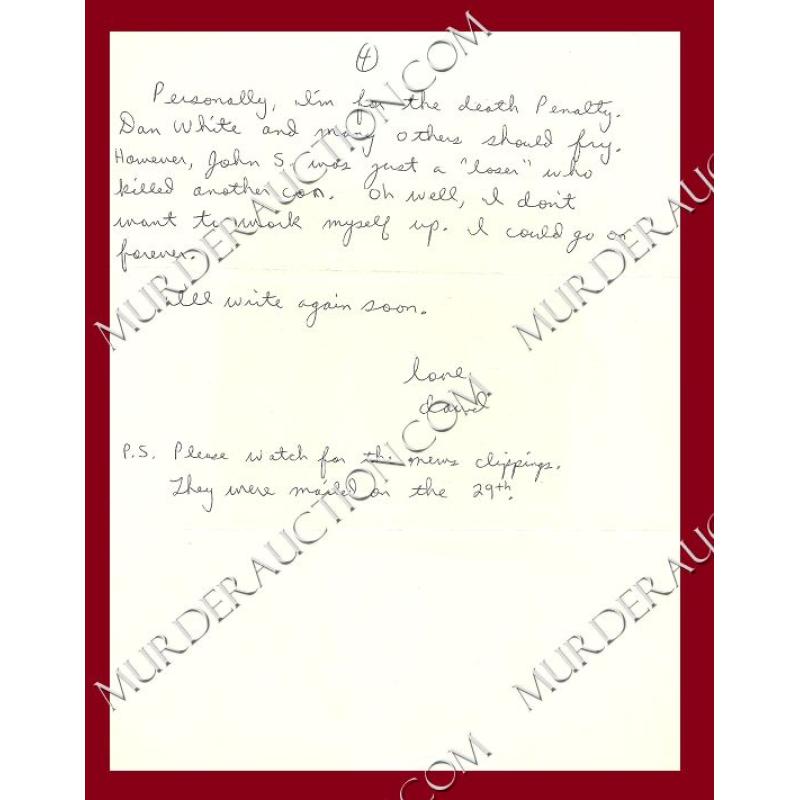 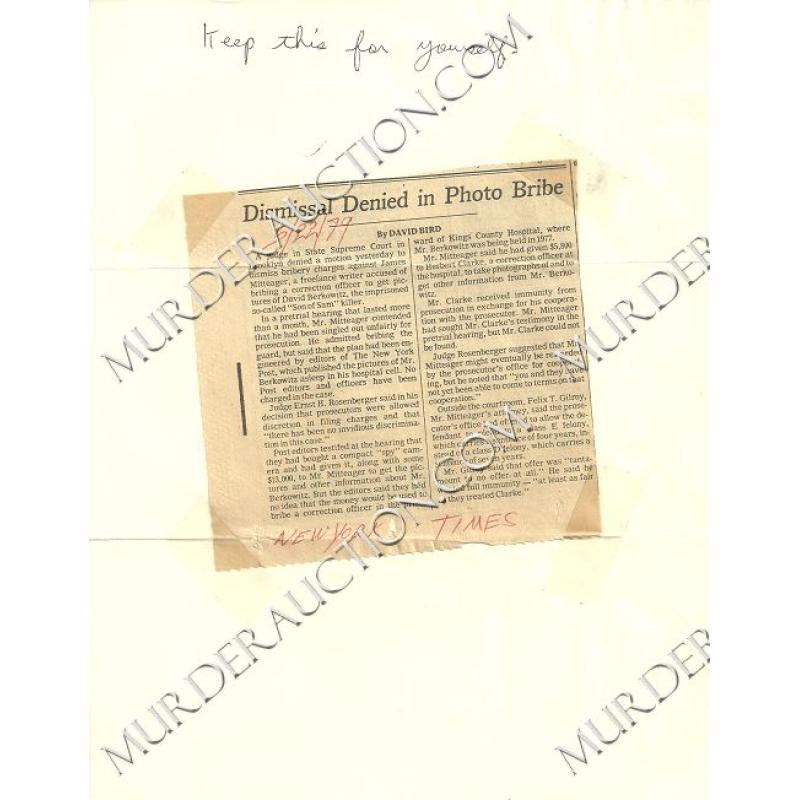 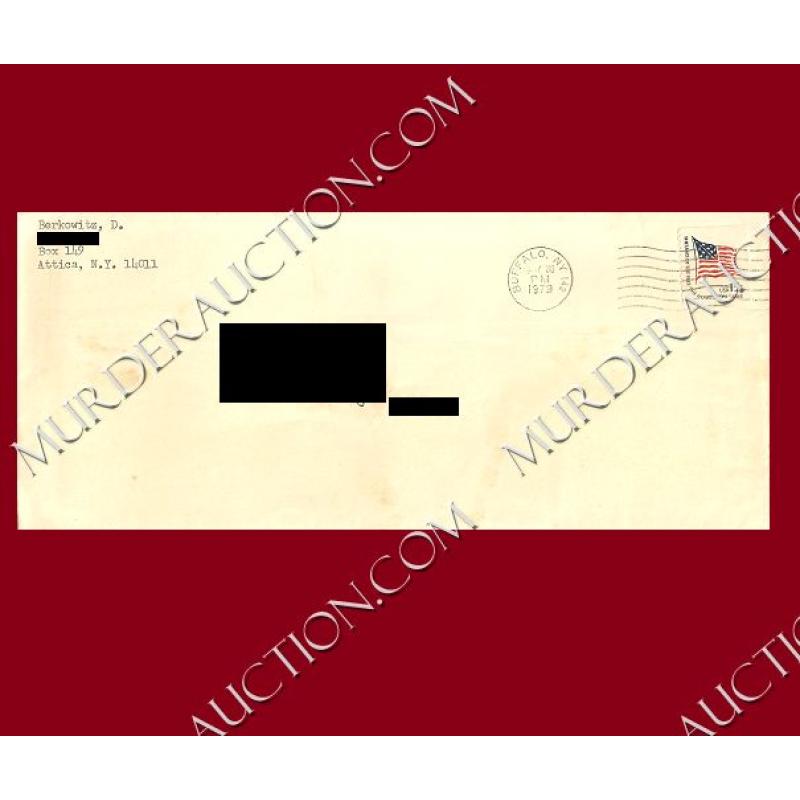 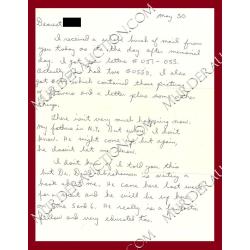 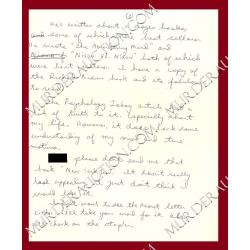 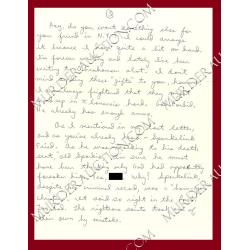 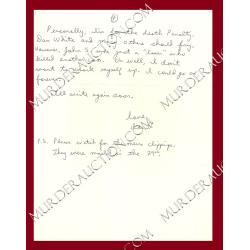 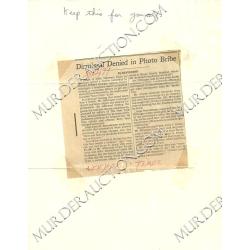 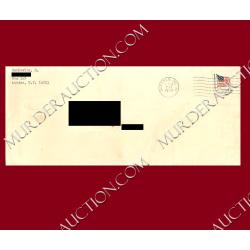 Early letter with enclosures from the New York "Son of Sam" serial killer.

This auction is for a letter from New York's "Son of Sam" serial killer David Richard Berkowitz. Between 1976 to 1977, Berkowitz, known as "The .44 Caliber Killer," committed a series of eight separate shooting attacks in the City of New York, killing six people and wounding seven. On 8/10/1977 Berkowtiz was arrested. He would ultimately confess to the Son of Sam crime spree, receiving six life sentences with the possibility of parole. Berkowitz claimed to have been obeying orders from his neighbor's dog, coupled with conspiracy theories and Satanic overtones. The case was largely celebrated in the press, capturing attention to present day. The celebrity status achieved by Berkowitz inspired the Son of Sam Law, which was an effort to keep criminals from profiting financially from the notoriety of their cases and crimes. That legislation would be turned over, citing U.S. Constitutional rights. Berkowtiz has since become a Judeo-Christian, taking on the moniker the "Son of Hope."

ITEM DESCRIPTION: The missive is four pages on two sheets, dated 5/30/1979, and signed, "David." As you can see, this isn't the type of letter you'd receive from Berkowitz today! He has sent along several enclosures, one is an article cut from the New York Times detailing his case, pictured here. The other is an article detailing the murder of aspiring actress Lynette Williams. The original mailing envelope is postmarked 5/30/1979 with four lines of address written in Berkowitz's hand, his return address is typed. The letter, enclosures, and envelope come inside a protective magazine sleeve with an acid free board and have been stored flat. Message me with any questions you might have. Thanks for having a look-see. 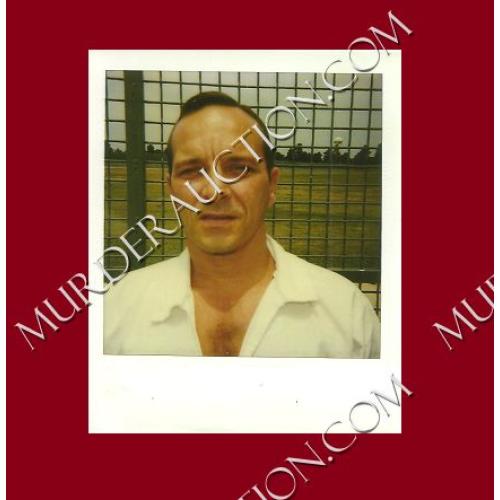 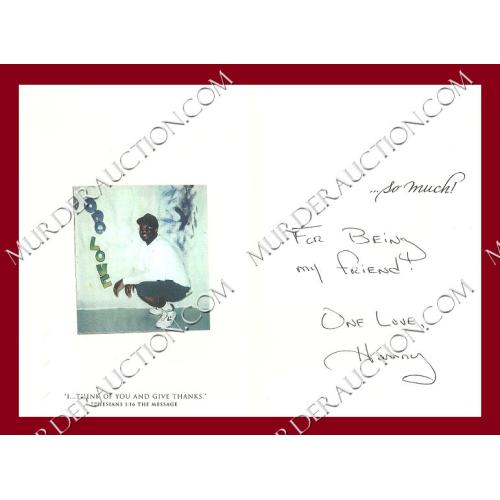 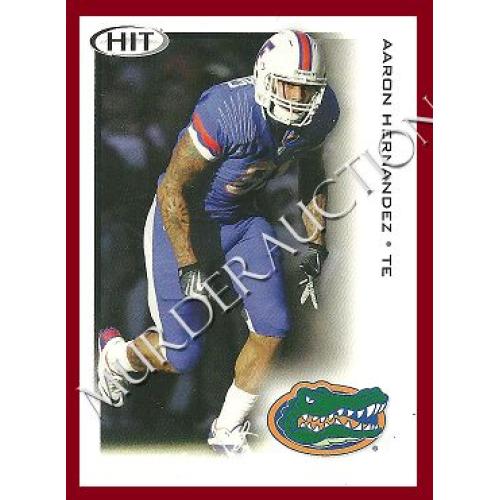