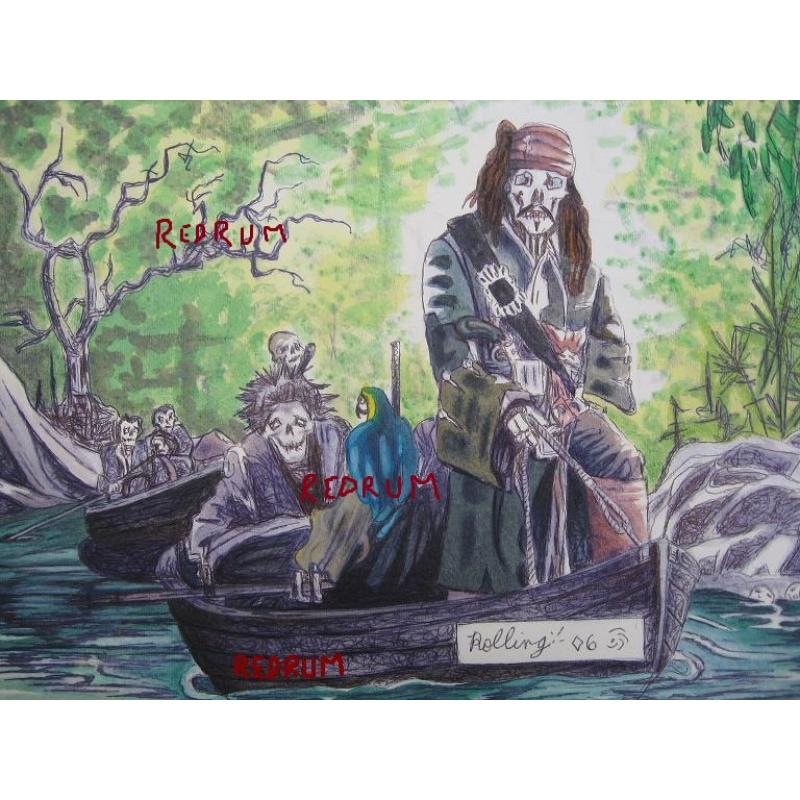 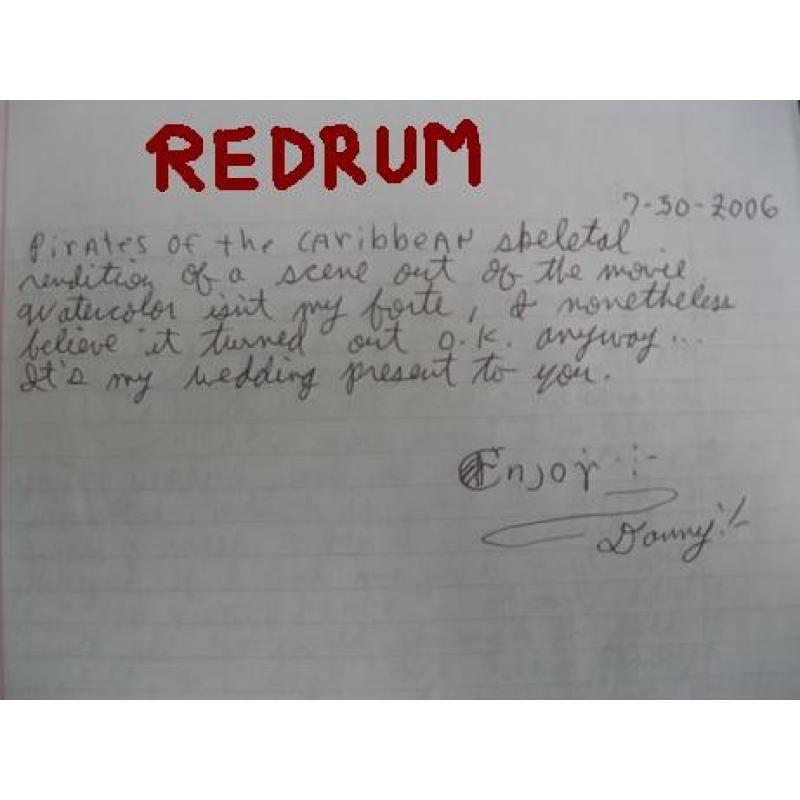 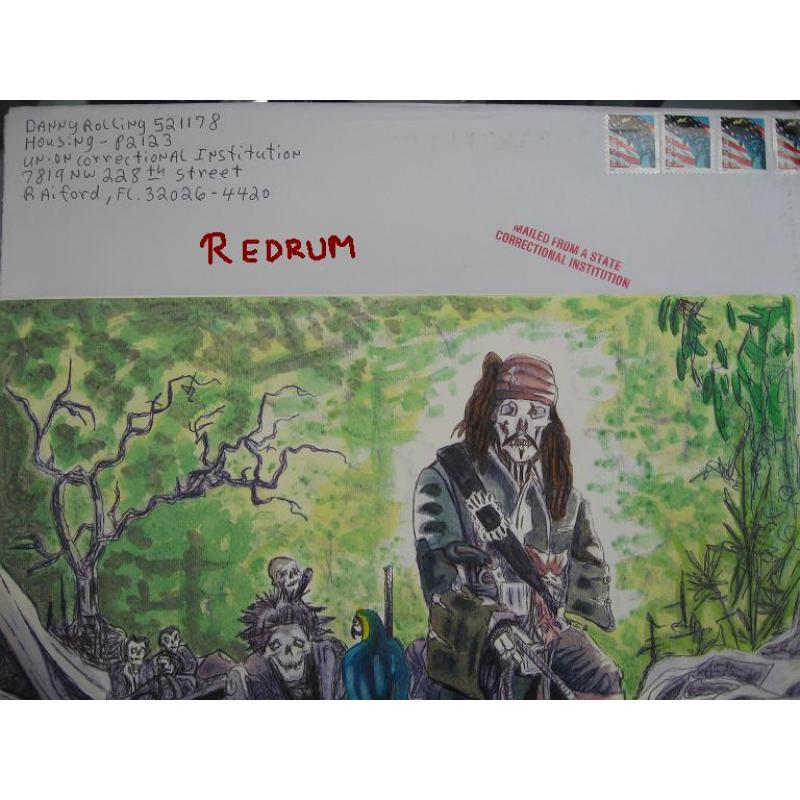 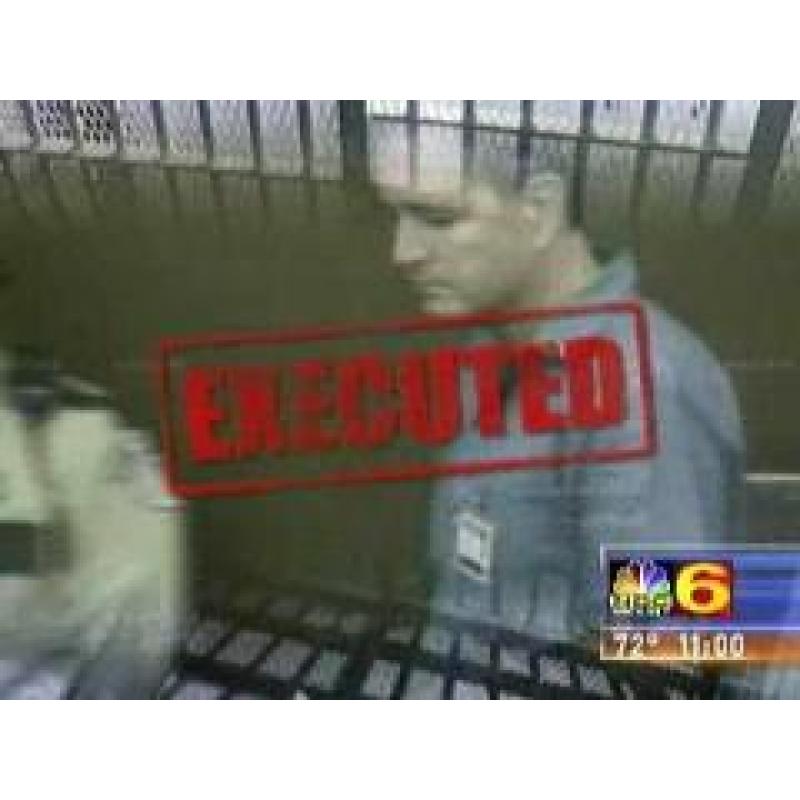 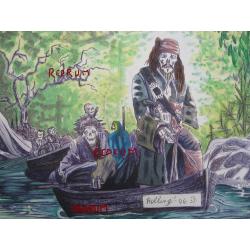 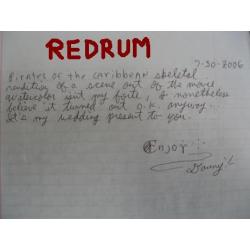 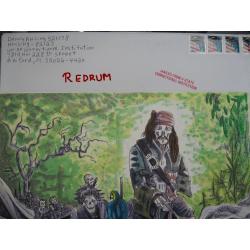 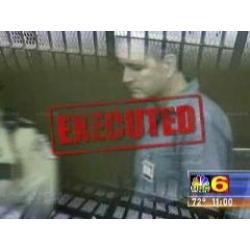 From a certain distance the parrot on the boat looks from the side like the Grim reaper coming for Danny Rolling. After all this time on deathrow Danny felt his time was coming and you really do feal this within the painting. This was done in watercolor wich makes this piece also very rare! Death is comic for Mr. Rolling tic tac tic tac he would have many nightmares close to his execution of death and skeletons and the grim reaper coming at him.

You can see acrylic and oil around but not watercolor paintings done by him!

This is a one of kid painting and a very significative true crime collectible. Its in great shape, the painting is very desirable, colors are vivid, it's signed the year of his execution and was sent less then 3 months before he was executed. It has the original handwritten letter talking about it and original manila envelope both signed. It also has a unique theme related to his execution and the Grim reaper inside with numerous other skeletons. 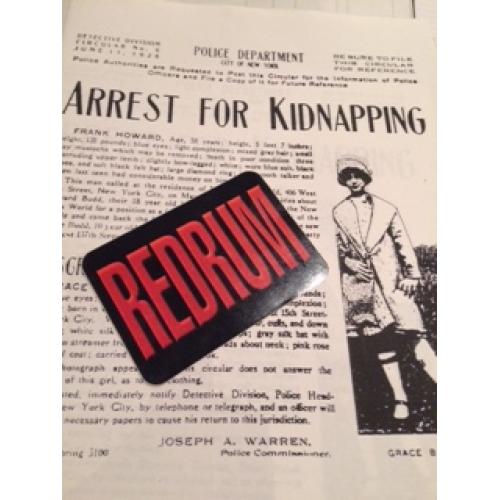 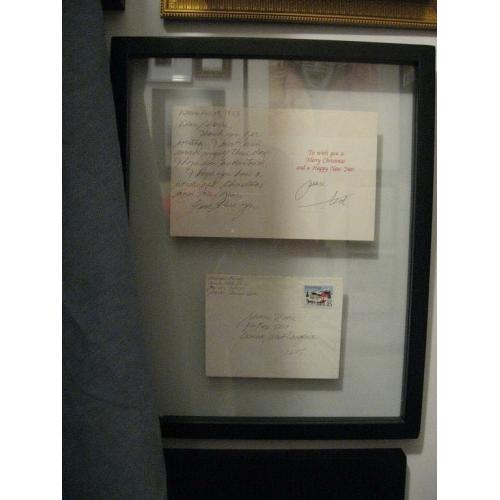 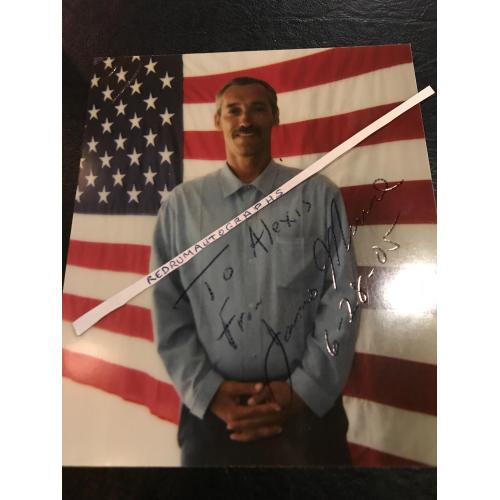 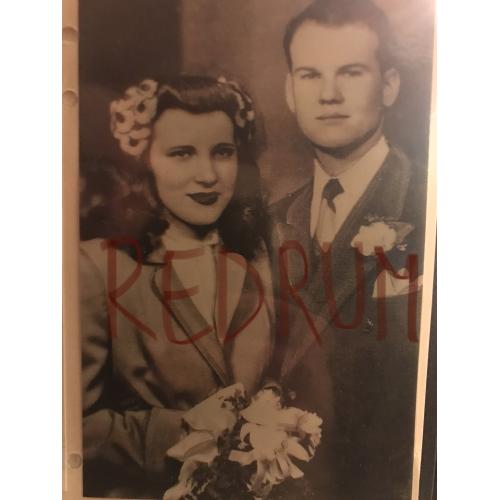 Dr. Samuel Shepard and wife Maryline Reese 4 x 6 photographYou are getting a modern copy of this great photograph