This auction is a greeting card painted by California serial killer Dana Sue Gray. Gray was having a hard time keeping up with her spending habits, like most of us, wanting what she couldn't afford. In 1994 this desire took a vicious turn for the worst when Gray brutally murdered three elderly women in order to take their money and credit cards. Unlike many ladies who take to serial killing by way of poison, Gray was "hands on" killer, stabbing, strangling, or bludgeoning her victims. A would be fourth victim survived her attack. Ultimately Gray's luck ran out and she was arrested 3/17/1994, one day after committing her final murder. Prosecutors began preparing a death penalty case against Gray. After some negotiating, Gray agreed to enter guilty pleas on two of the murders in order to escape capital punishment. On 10/16/1998 she was sentenced to life without the possibility of parole.

ITEM DESCRIPTION: The card is done on art paper with ink and color pencil, the inscription is on a sheet of paper affixed to the card, and signed, "Dana." On the reverse Gray was written, "Serial SK Kards by Dana Gray," with her prison number. The card measures 5.5"×8.5" when closed. Gray returned the original recipient's letter, where he is name-dropping another collector, you can read where she is inquiring about that other person. Funny how all the so-called "murderabilia dealers" claim they never drop the names of fellow dealers, yet all of them seem to end up getting caught doing it. The original mailing envelope is postmarked 12/2/2011 with a black CENTRAL CALIFORNIA WOMEN'S FACILITY STATE PRISON stamp. Gray's return address is an address in an address label. The letter, catalog, and envelope come inside a protective magazine sleeve with an acid free board and have been stored flat, the card itself has been kept close. Message me with any questions you might have. Thanks for having a look-see. 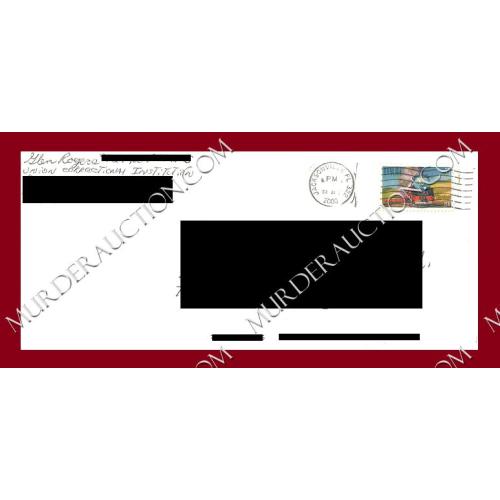 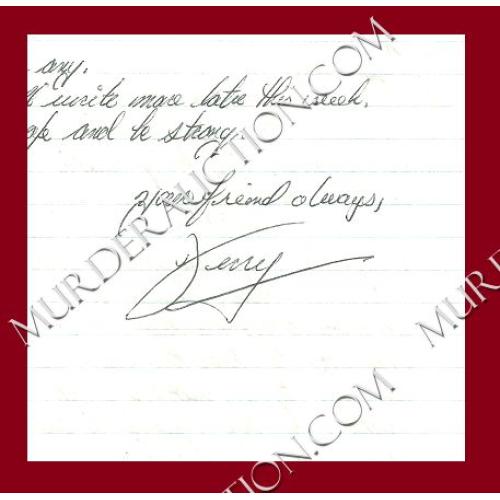 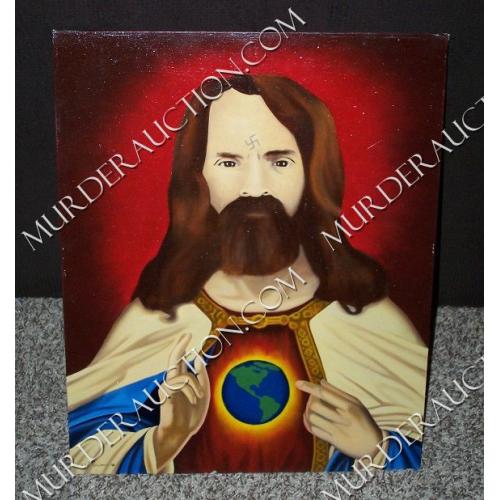 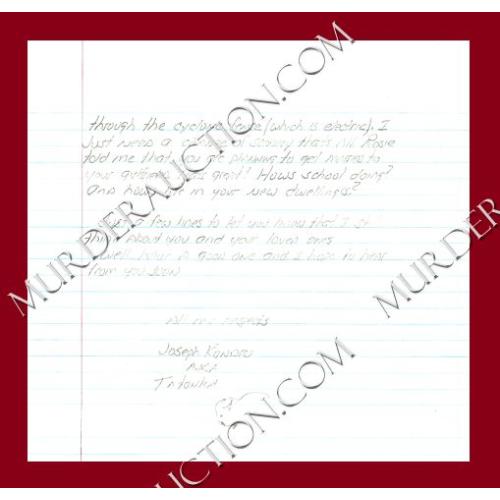