ITEM DESCRIPTION: The postcard is handsomely signed in full, "Charles Milles Manson Maddox," with two swastikas and a ruin. It doesn't get much fuller than that! On the reverse Manson as written a short note. Extremely handsome Manson signature on a Salvador Dali postcard. The postcard comes in a protective comic book sleeve with an acid free board and has been stored flat. Message me with any questions you might have. Thanks for having a look-see. 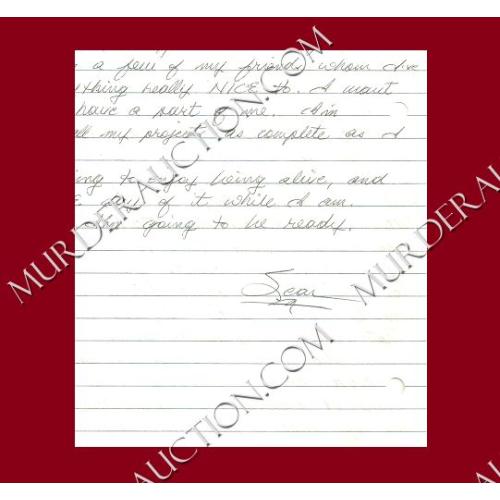 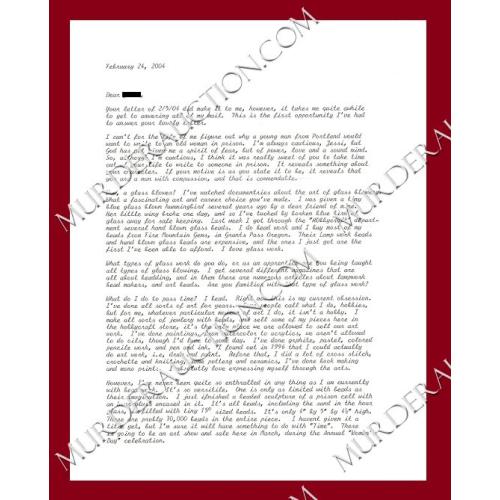 Envelope from the Pennsylvania serial killer. 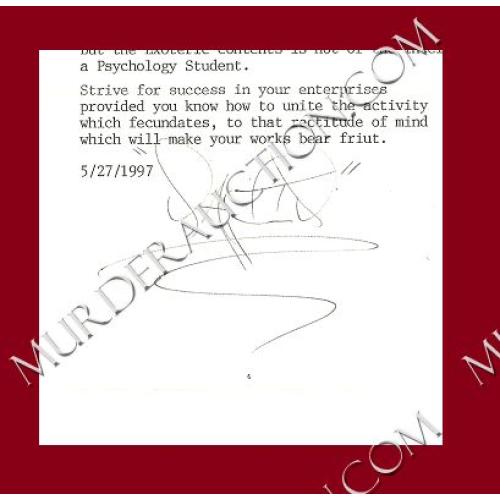 One page letter from the New York serial killer.