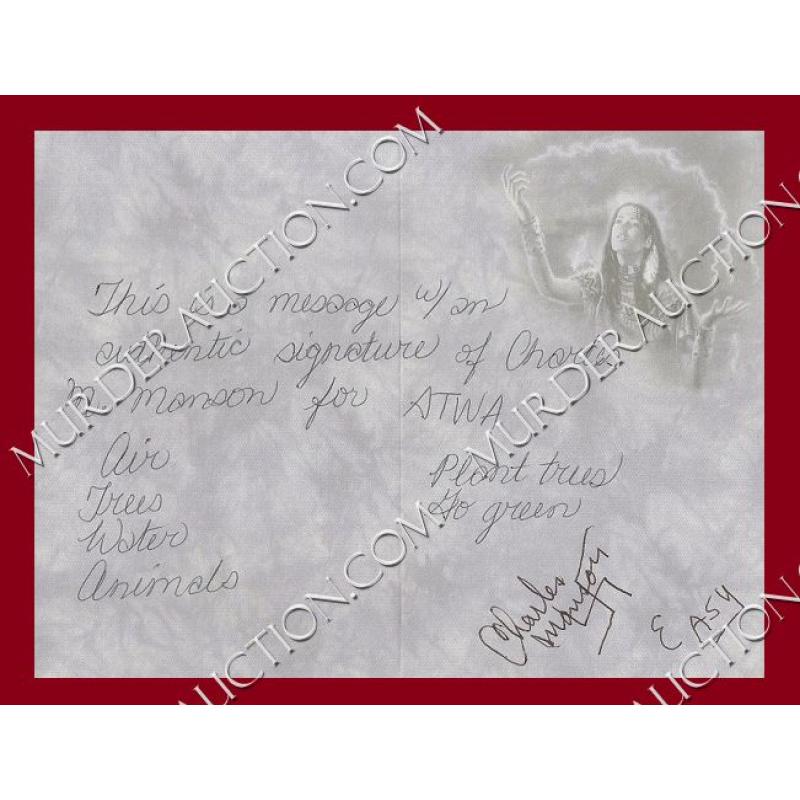 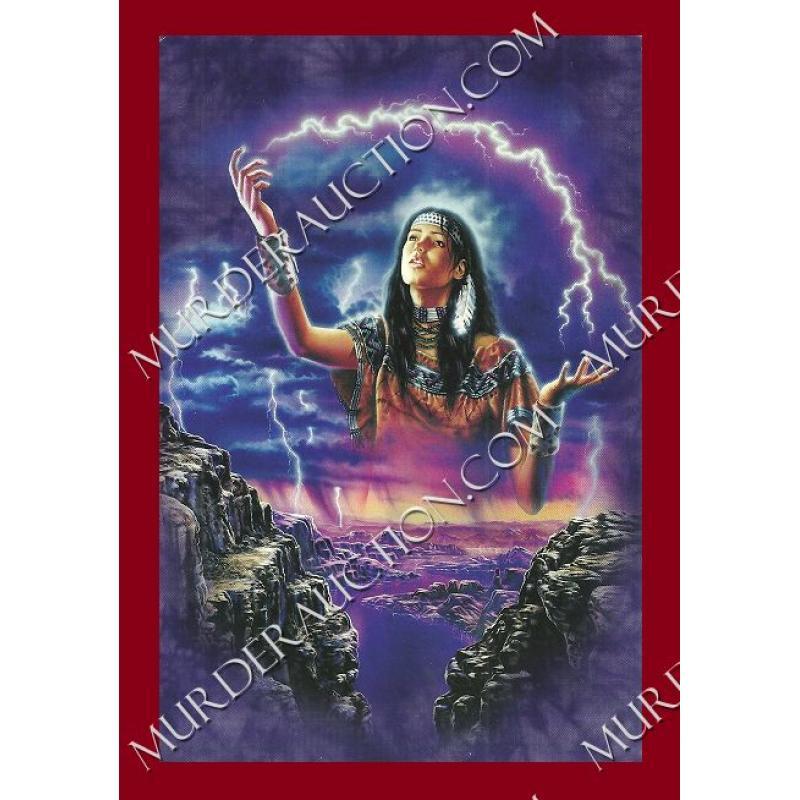 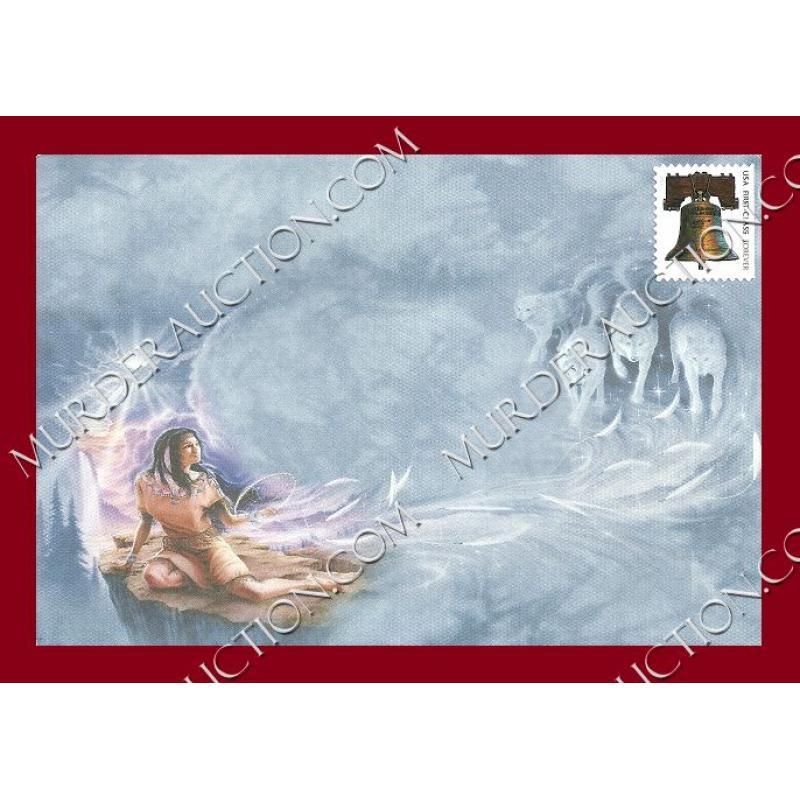 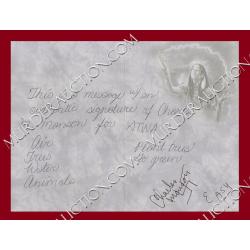 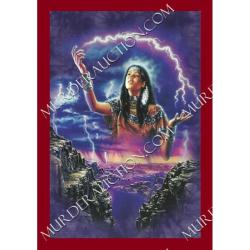 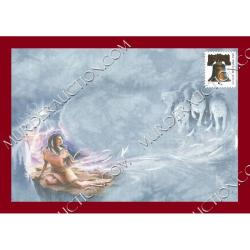 This auction is for a signed greeting card from deceased California convicted serial killer and American true crime icon Mr. Charles Milles Manson (11/11/1934 – 11/19/2017). Charles Manson's notoriety, intense international media scrutiny, and public fascination has made him a household name worldwide. He was convicted for his role in a series of nine murders that took place on four separate dates in July and August of 1969, the seven most infamous of those murders became known as the "Tate/Labianca Murders." In 1971, after a circus of a trial, he was sentenced to death, which would later be reduced to life imprisonment with the possibility of parole when the death penalty was temporarily abolished in the State of California. What set this case apart from others is its has never been established that Charles Manson actually killed anyone. There have been many cases made to prove factual innocence on behalf of Charles Manson. The case and Charles Manson continue to captivate the public with documentary films and movies, literary works, and sensationalism in pop culture. Charles Manson's autograph continues to be a sought after prize by collectors from all walk's of life. On 11/19/2017, Charles Manson died of natural causes. He was 83.

ITEM DESCRIPTION: The greeting card is signed, "Charles Manson, easy." This card was originally sent to Manson by a close associate to mail to correspondents. Instead, he signed and returned it. The card and envelope come inside a protective comic book sleeve with an acid free board and have been stored flat. Message me with any questions you might have. Thanks for having a look-see.

ABOUT THE MANSON FAMILY: The "Manson Family" was an environmentally consensus commune of sorts, consisting primarily of young adults, which was established in the late 1960's by Mr. Charles Manson. The group shared similarities with other "hippie communes" of that era. In 1969, after a few members of the group were arrested and later connected to a series of high-profile California murders, the group became the focus of intense media scrutiny. The crimes became known as the "Tate/Labianca Murders." At the crime scenes messages were written in blood on the walls, such as "Helter Skelter" and "political piggy." Among the victims were Roman Polanski's wife/movie actress Sharon Tate, who was over eight months pregnant and stabbed 16 times. Coffee heiress Abigail Folger was also among the dead, she was stabbed 28 times. Staring 7/25/1969 to 8/26/1969 nine people were murdered. The crimes had many residents in Los Angeles on edge. Manson, Charles Watson, Susan Atkins, Patricia Krenwinkel, Leslie Van Houten, Bobby Beausoleil, Bruce Davis, Steve Grogan, and Linda Kasabian were arrested on unrelated charged only to be linked to the murders after Atkins began bragging to fellow inmates about the crimes. During and after the trail Lynette Fromme and Sandra Good became the two most public voices from the group. Both women were arrested in 1975, Fromme for the attempted assassination of President Ford. Prosecutors argued the 1969 crime spree was done in effort to incite a race war between white and black Americans, although there was very little evidence to suggest that. They also presented to the jury all the murders were carried out under Manson's orders. All the defendants were ultimately convicted. Despite never personally killing anyone themselves Manson, Atkins, and Van Houten were each sentenced to death, along with Krenwinkel, Watson, and Grogan. Watson had committed the bulk of the murders himself. Those death sentences would be commuted to life with the abolishment of the death penalty in 1972. Beausoleil and Davis received life sentences. Kasabian received immunity in exchange for her testimony and corroboration of the prosecution theory. Grogan would be paroled in 1985. Atkins and Manson have since died in prison. In more recent years Manson supporters Craig "Gray Wolf" Hammond and Afton "Star" Burton became the group's face. The A.T.W.A, an acronym of air, trees, water, and animals, and environmental theme has always been the message those closest to Manson have tried to convey and not one of "race war hippie death cult murder" that the media presents. A common misconception is despite constantly being referred to as the "Manson Family," the term itself was actually coined by the lead prosecutor Vincent Bugliosi and was never something those in the group called themselves. There has also been an ongoing argument of guilty and responsibility in the media. Some claim Manson was factually innocent of any wrongdoing, a claim that does have some validity. Whether you believe Manson is innocent or guilty, the case remains one of the most celebrated in American true crime history and modern times. 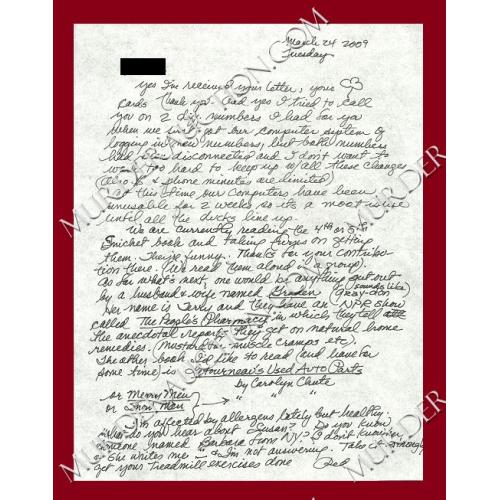 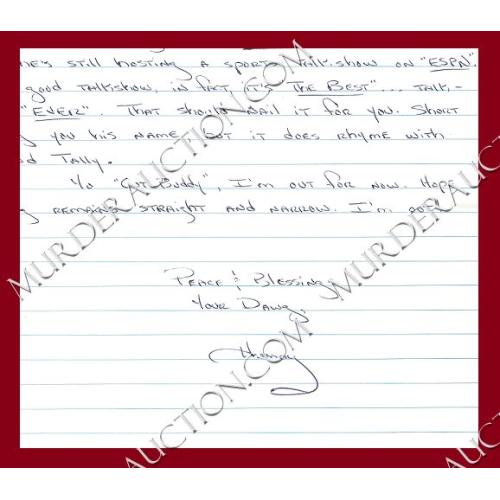 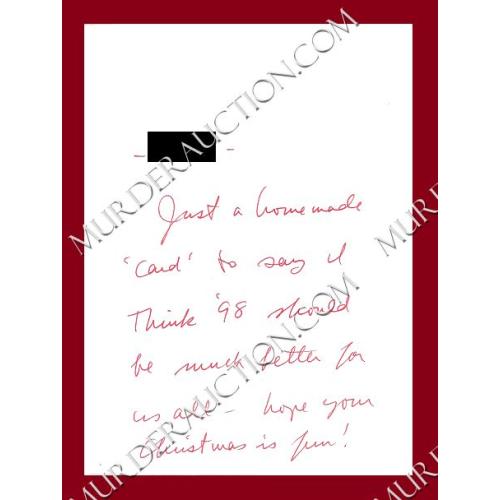 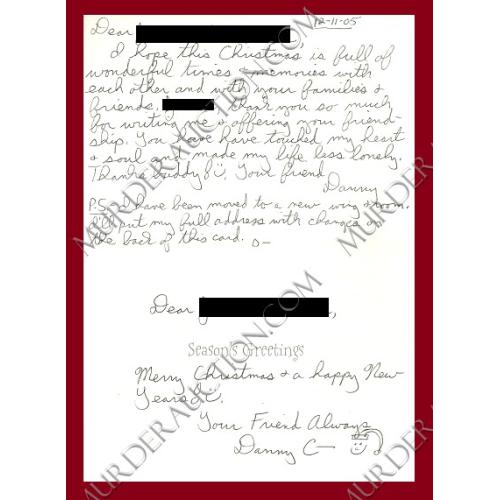