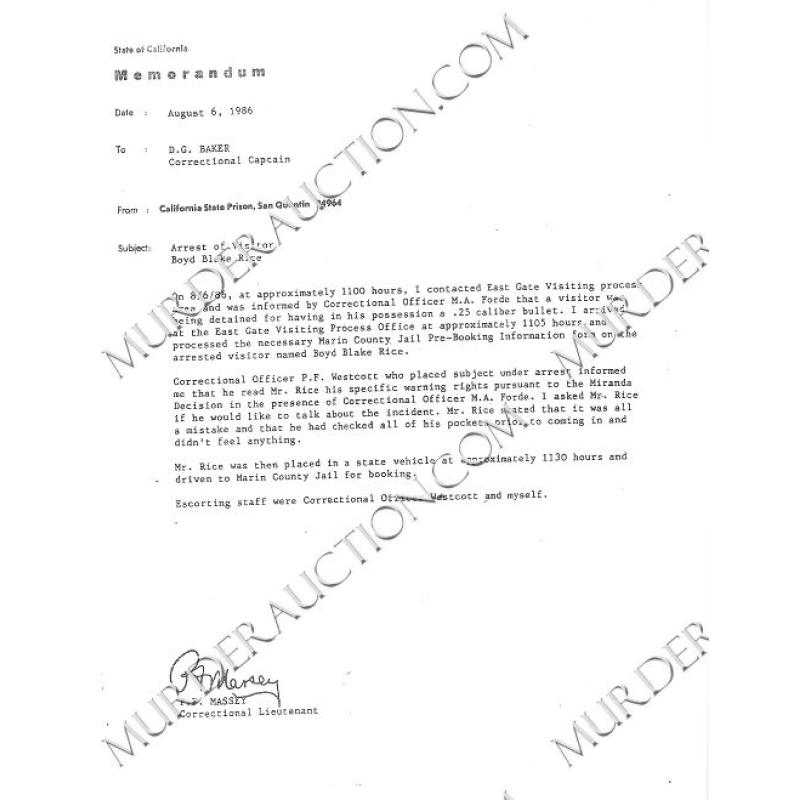 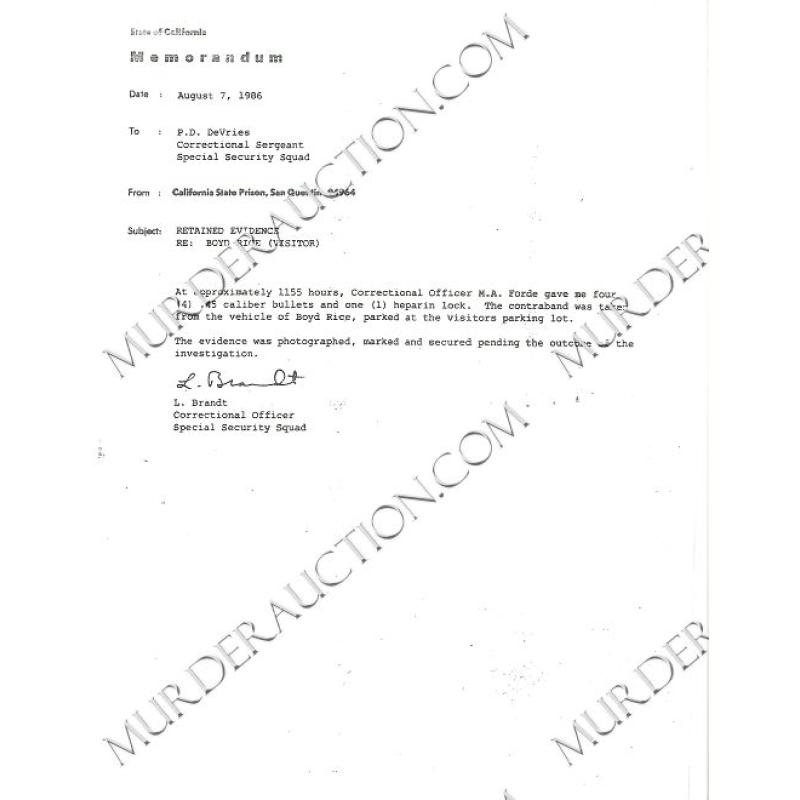 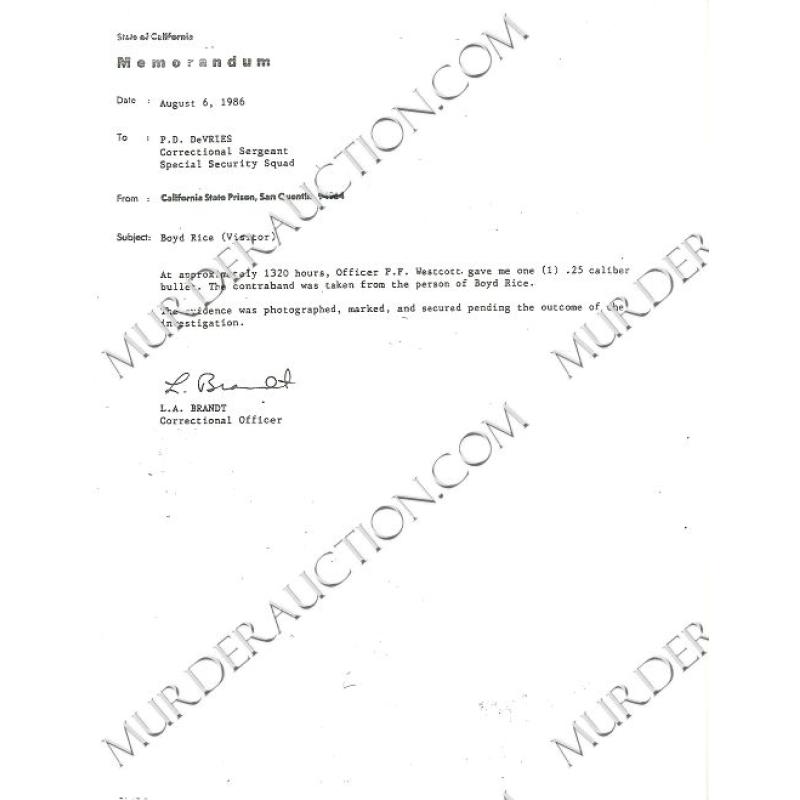 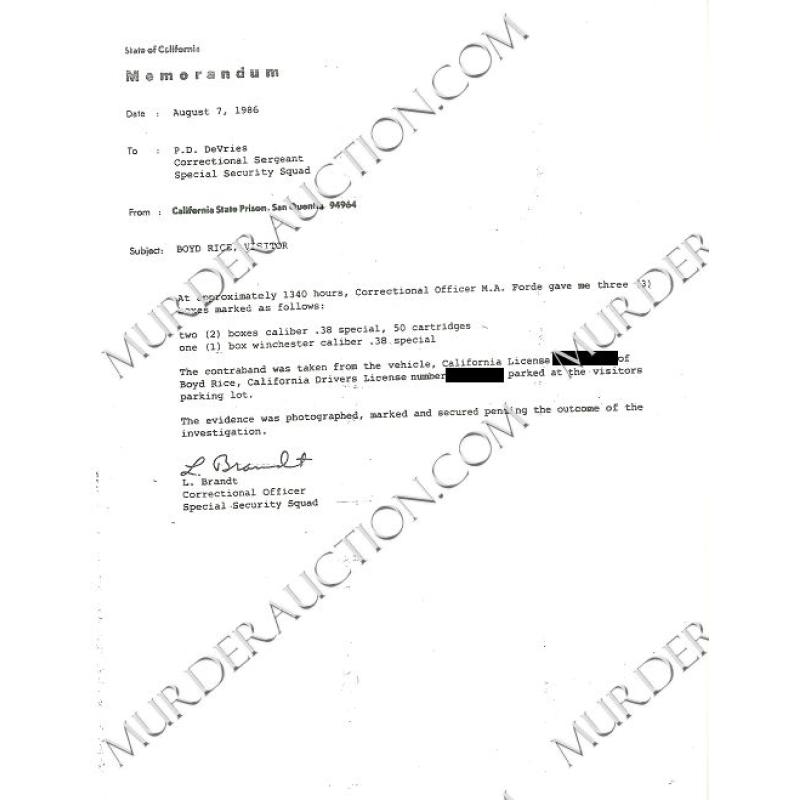 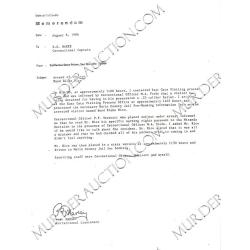 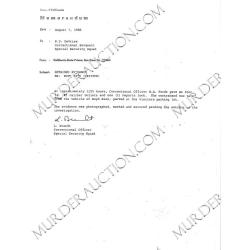 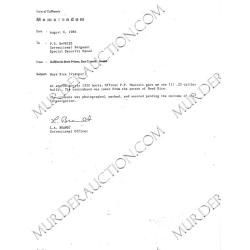 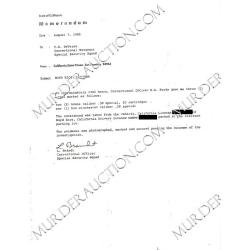 This auction is for a California Department of Corrections Memorandum report detailing deceased California convicted serial killer and American true crime icon Mr. Charles Milles Manson (11/11/1934 – 11/19/2017) and Mr. Boyd Rice. Manson's notoriety, intense international media scrutiny, and public fascination has made him a household name worldwide. He was convicted for his role in a series of nine murders that took place on four separation dates in July and August of 1969, the seven most infamous of those murders became known as the "Tate/Labianca Murders." In 1971, after a circus of a trial, he was sentenced to death, which would later be reduced to life imprisonment with the possibility of parole when the death penalty was temporarily abolished in the State of California. What set this case apart from others is its has never been established that Manson actually killed anyone. There have been many cases made to prove factual innocence on behalf of Charles Manson. The case and Manson continue to captivate the public with documentary films and movies, literary works, and sensationalism in pop culture. Manson's autograph continues to be a sought after prize by collectors from all walk's of life. On 11/19/2017 Manson passed away of natural causes. He was 83.

Rice is an American musician, the driving force behind the group NON. He has written many literary work, been active on many front, and was a central figure in both The Church of Satan and The Partridge Family Temple. Many believe The Church of Satan would have been better served if Rice has taken the reigns. Rice was a longtime supporter of Manson, before such things were a "trend."

ITEM DESCRIPTION: The California Department of Corrections Memorandum report details Rice having firearm ammunition in his pocket while trying to enter San Quentin State Prison to visit Manson. He was arrested as a result. The copies are on a slightly heavier paper stock than just regular copy paper. Rice's personal information is obscured in the scans only. This is a handsome document, detailing a rather unknown piece of true crime history. The documents come inside a protective magazine sleeve with an acid free board and have been stored flat. Message me with any questions you might have. Thanks for having a look-see. 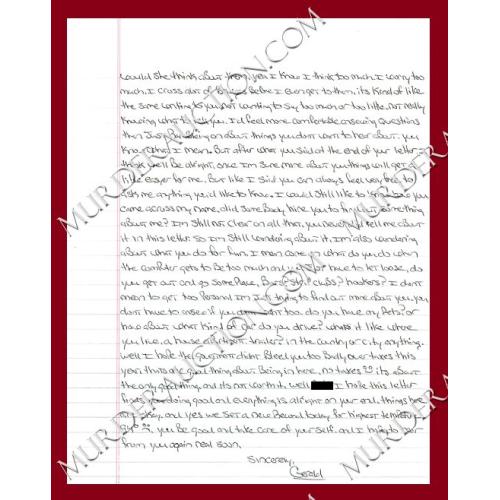 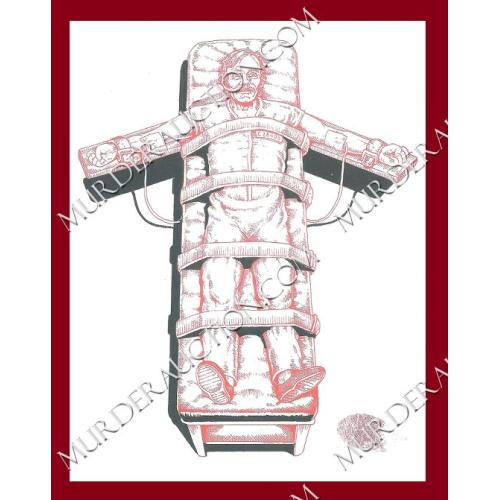 Mr. Nick Bougas art print of the California "Toolbox Killer" with his thumbprint. 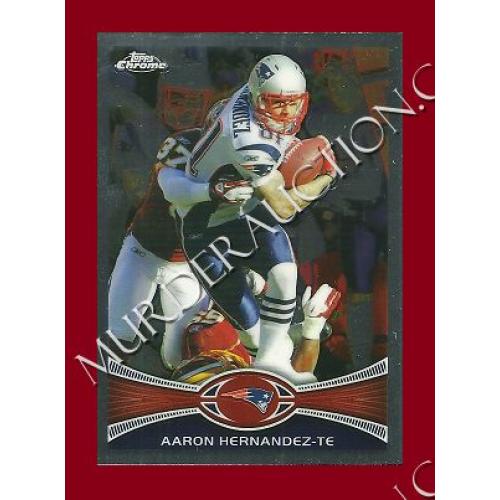 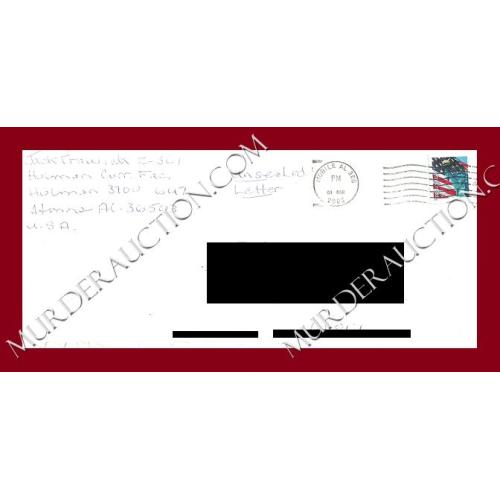