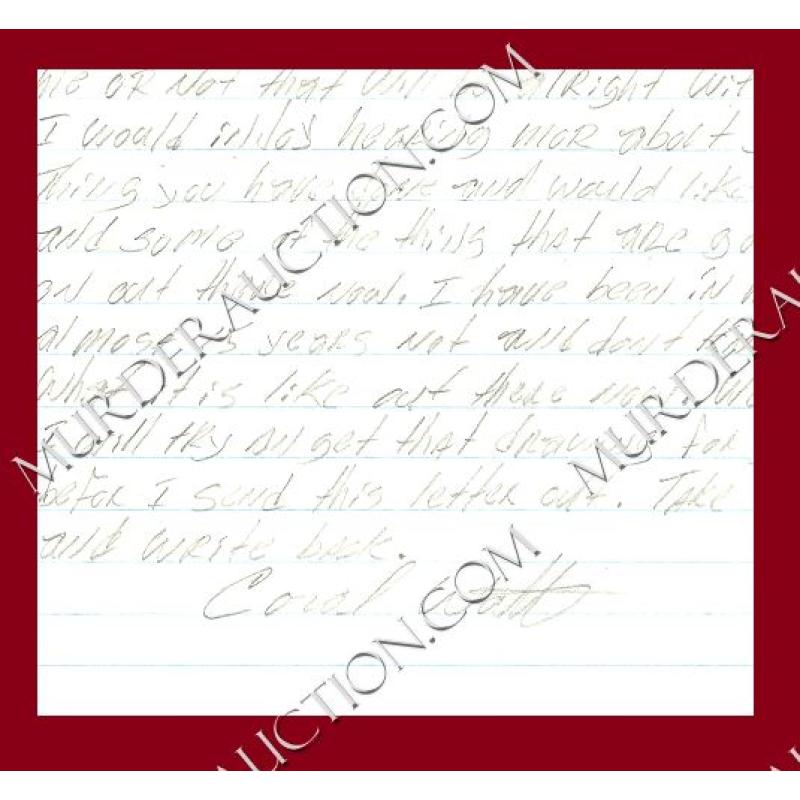 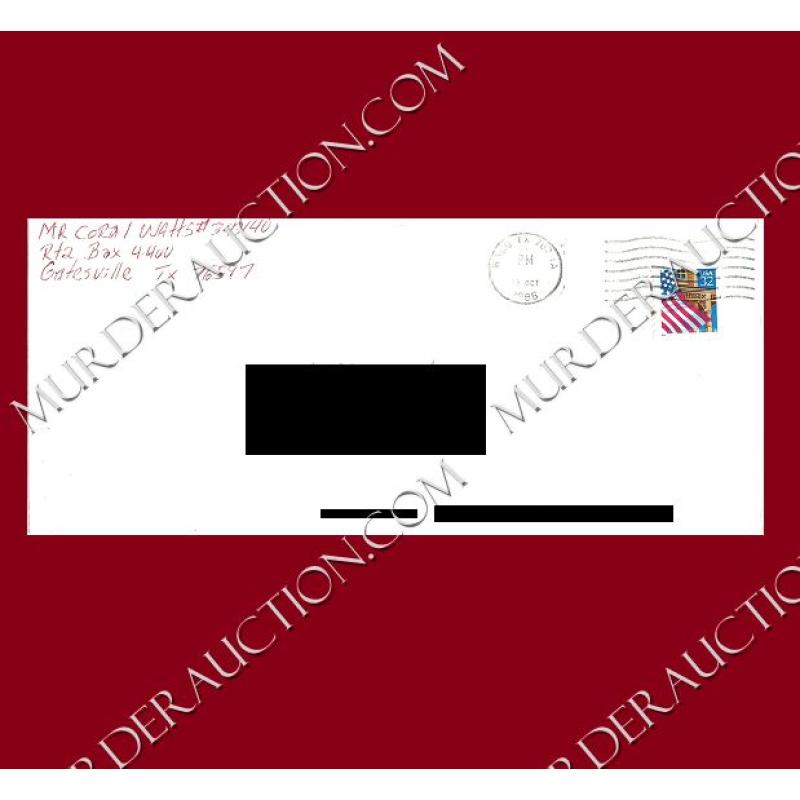 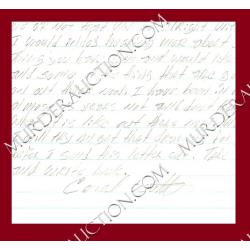 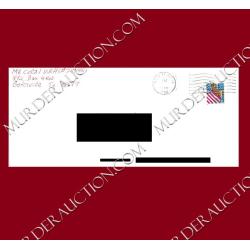 This auction is for a letter from Mr. Carl Eugene Watts, also known as Carol Watts (11/7/1953 – 9/21/2007). From 1974 to 1982 Watts raped, tortured, and murdered 22 women. Authorities speculate Watts may have killed in the upwards of 100 victims. Originally sentenced to 60 years in Texas, but due to terrible law writing and an even more terrible plea deal given by prosecutors, Watts was eligible for early release. As a model prisoner he would end up severing only a third of his time. Before he was to be paroled he was charged with several murders out of Michigan, where he would ultimately be sentenced to life without parole. On 9/21/2007 Watts passed away from a battle cancer. He was 53.

ITEM DESCRIPTION:  The missive in two pages on one sheet, dated 10/20/1996, and singed, "Carol Watts." The letter is in pencil, which does look lighter in the scan. Both sides of the paper have been filled out, lots of reading. In the letter Watts goes into his religious faith and the possibility of doing artwork. He also writes, "As for the tradeing [sic] cards T.D.C.J. will not let me sign it and send it back. I will not even get to see it. They just do things that way. Sorry." It's my guess someone was trying to get their Eclipse collector card signed. There is also a postscript of sorts written on the side of the first page, "Spelling may not be all that good I hope you can read it." In all honesty, I see WAY worse in regards to spelling and grammar, by the same token, Watts wasn't known for being an English major! The original mailing envelope is addressed in red ink, postmarked 10/23/1996, with six lines of address written in Watts's hand. Very handsome! The letter and envelope come inside a protective magazine sleeve with an acid free board and have been stored flat. Message me with any questions you might have. Thanks for having a look-see.