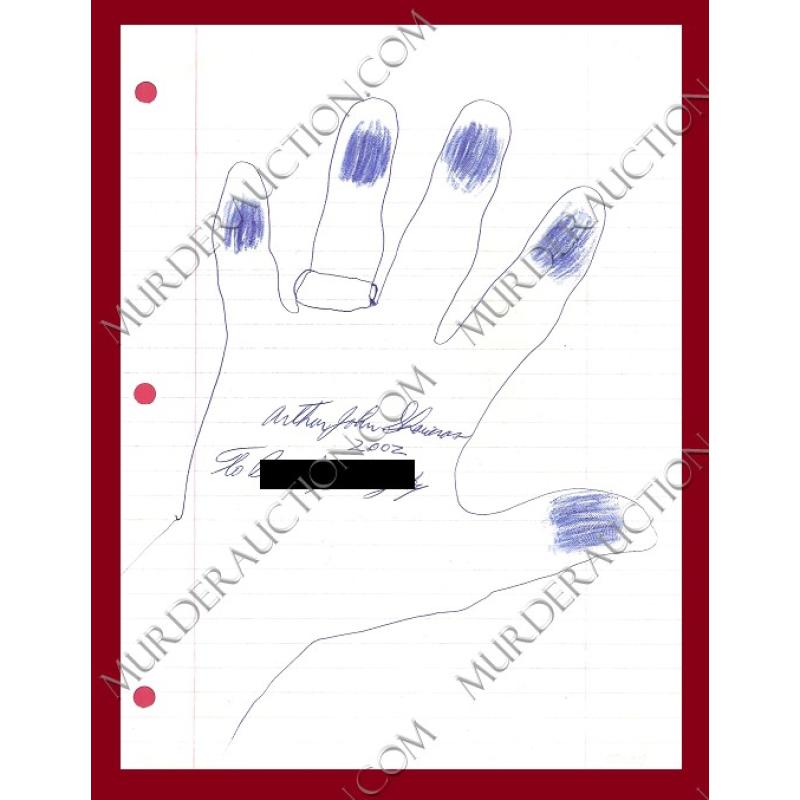 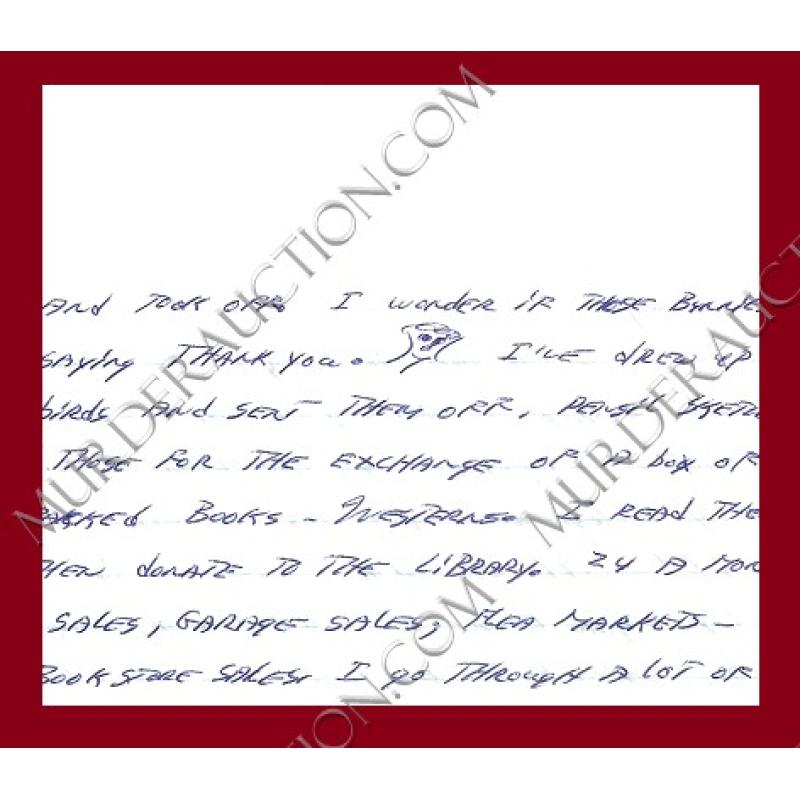 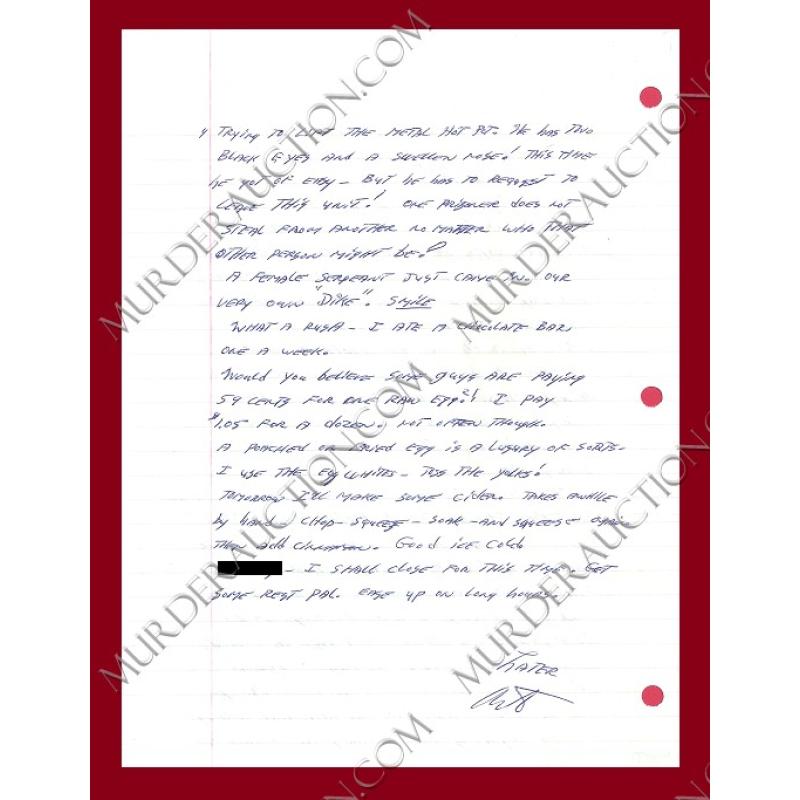 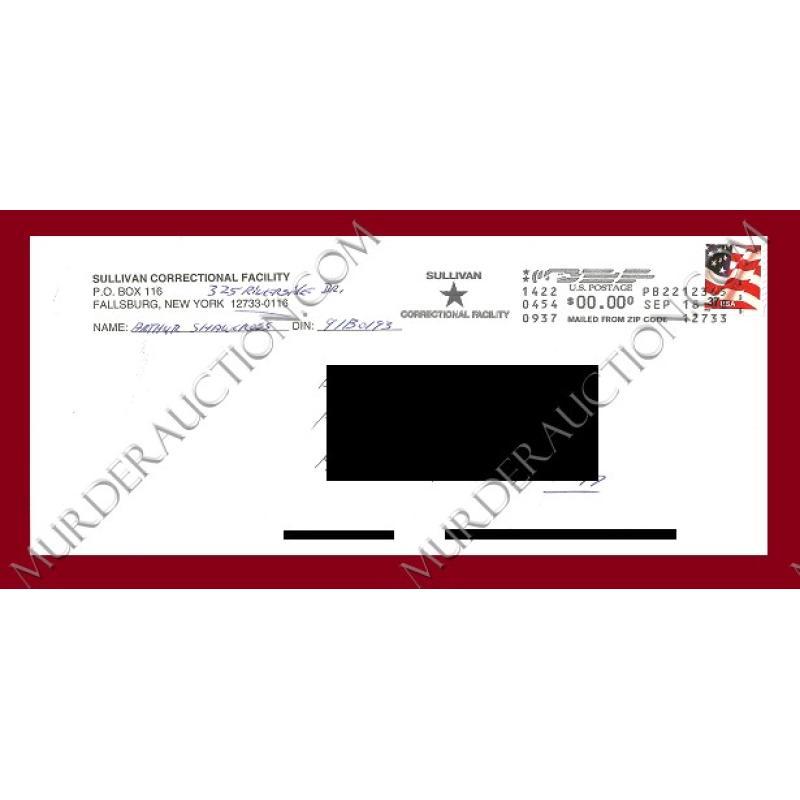 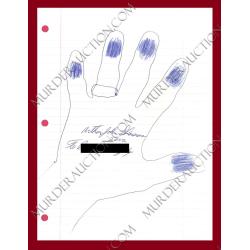 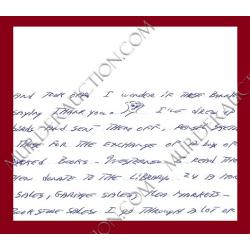 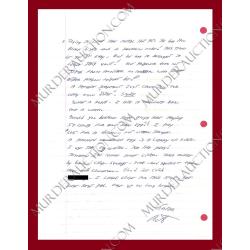 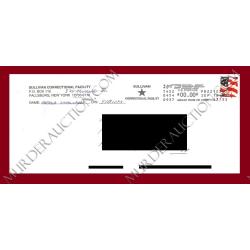 ITEM DESCRIPTION: The hand tracing is inscribed and dated 2002, signed, "Arthur J. Shawcross." Shawcross has managed to get his fingerprints in there! The missive is four pages on two sheets, dated 9/17/2002, and is signed, "Art." In the letter Shawcross details being an animal lover, saving three baby rabbits. He has also drawn two little smiling faces in the letter body. The original mailing envelope is postmarked 9/18/2002. The hand tracing, letter, and envelope come inside a protective magazine sleeve with an acid free board and have been stored flat. Message me with any questions you might have. Thanks for having a look-see. 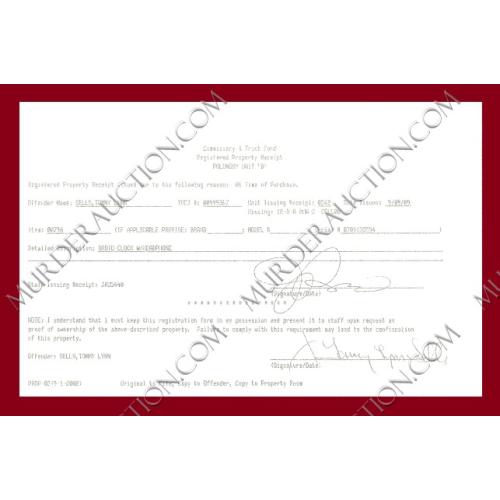 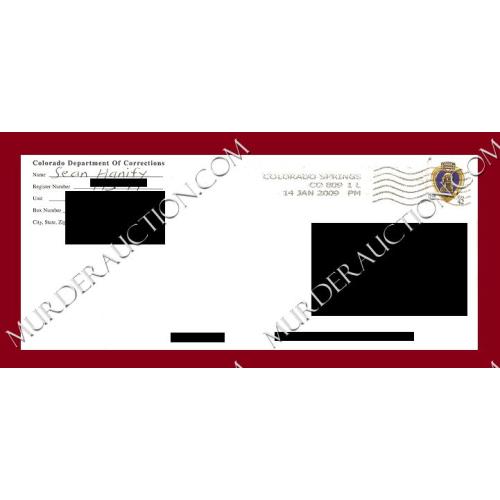 Envelope from the Colorado double murderer. 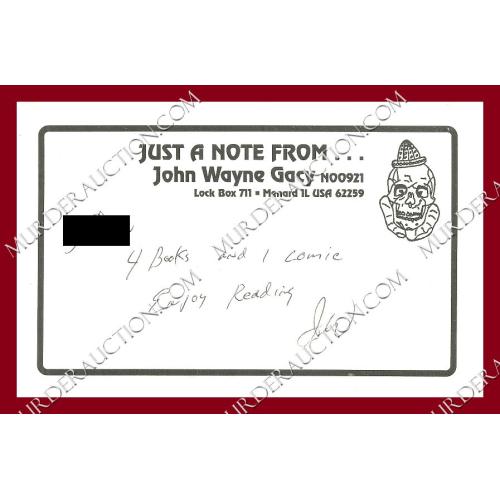 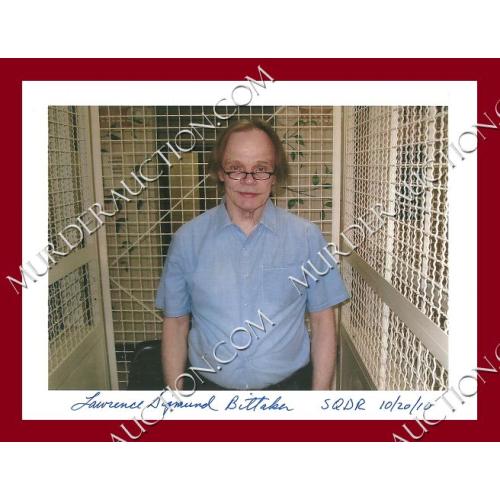