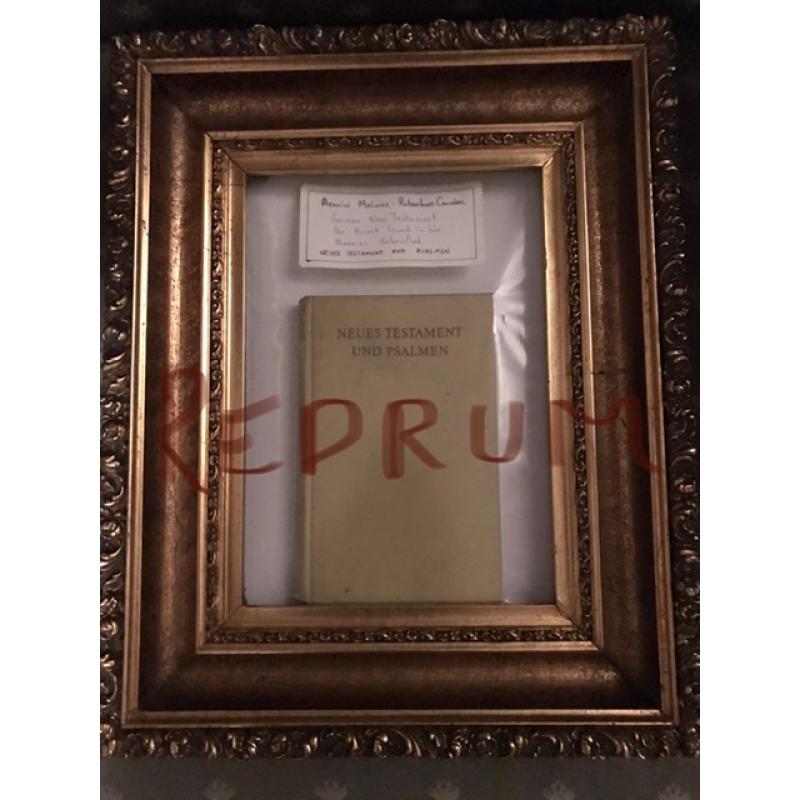 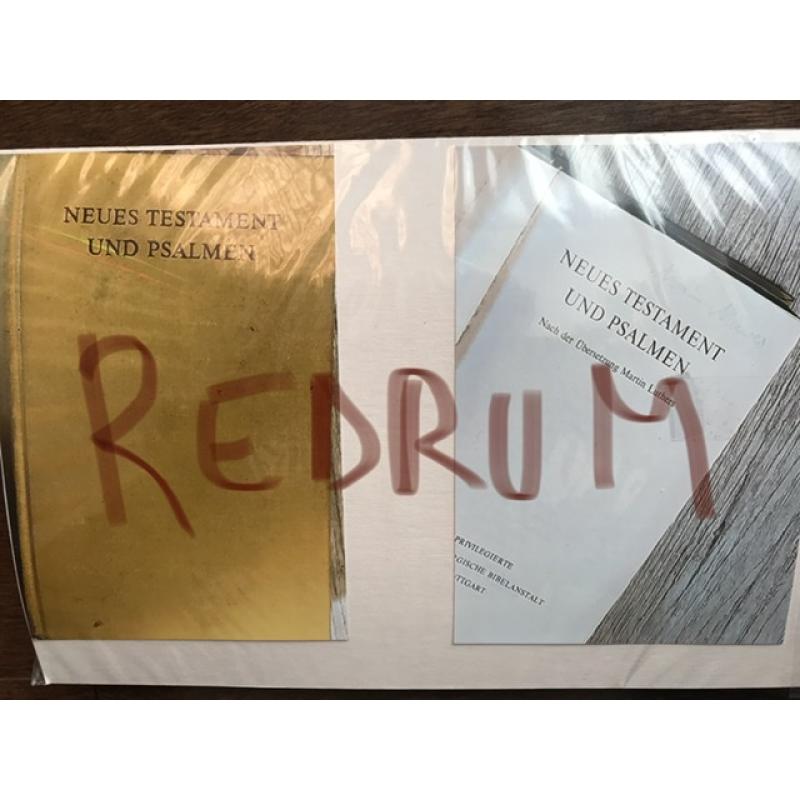 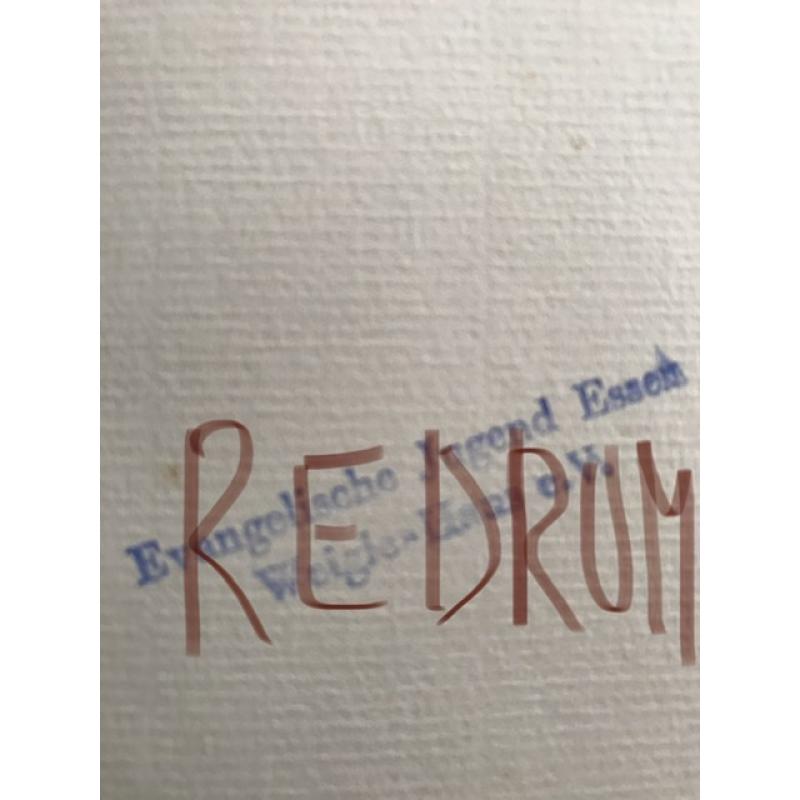 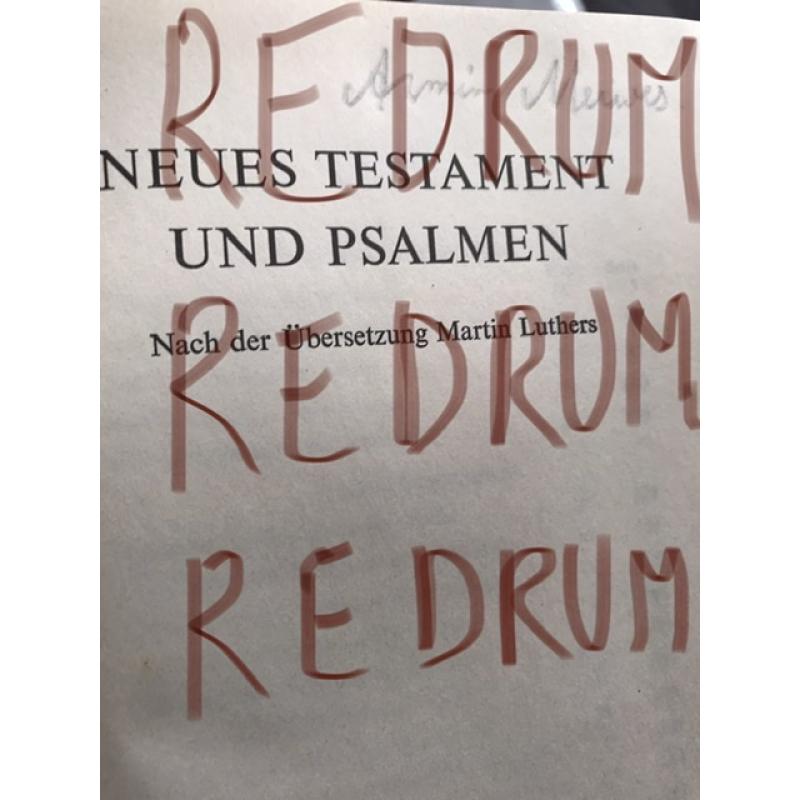 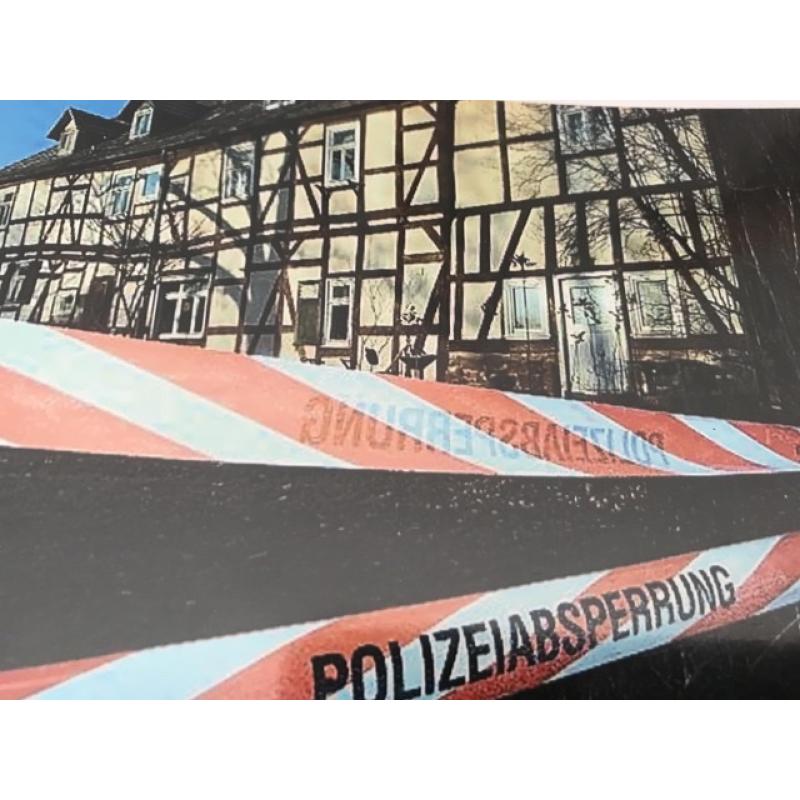 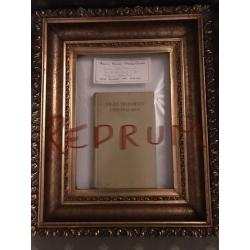 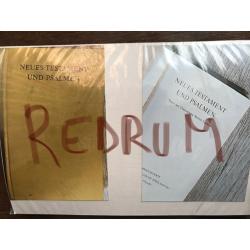 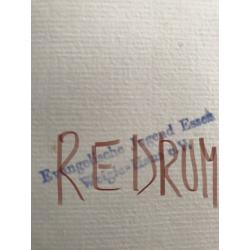 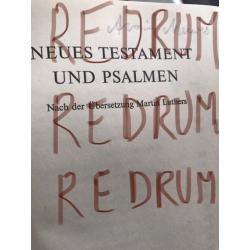 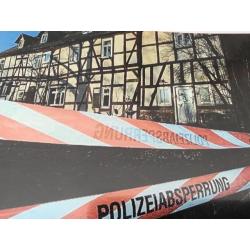 This is his childhood personal bible while he was living with his mother in his 700 years old mansion.

He wrote his name on the inside Armin Meiwes. This personal bible was printed in 1961 and is stamped in German on the inside. It was given to him sometime as a young child possibly when he was 8 years old and remained in the house during his life, during the murder and after he was caught and trialed and put behind bars.

Armin Meiwes ( born 1 December 1961) is a German former computer repair technician who achieved international notoriety for killing and eating a voluntary victim in 2001, whom he had found via the Internet. After Meiwes and the victim jointly attempted to eat the victim's severed penis, Meiwes killed his victim and proceeded to eat a large amount of his flesh. He was arrested in December 2002. In January 2004, Meiwes was convicted of manslaughter and sentenced to eight years and six months in prison. In a retrial in May 2006, he was convicted of murder and sentenced to life behind bars. Because of his acts, Meiwes is also known as the Rotenburg Cannibal or Der Metzgermeister (The Master Butcher).

Armin had cut off M. brandes penis and both of them tried to cook it and eat it but it was too chewy and burned. M.Brandes wanted to take a bath as he was getting cold. He bathed in his blood while he was listening to classical music...after few hours M.Brandes was bleeding to death. Armin had cut off his genitals and it was now time to kill him.

He took a knife and paused. He didn’t know if he was suppose to pray to god or to the devil. He put the knife away prayed and grabbed the knife to finish him.

He then dismembered and washed the body parts before storing them in the freezer.

A handwritten COA will come with this piece backing it for life. The COA explain and shows exactly that it was from the Meiwes Horror house and shows a picture of where it was found.

This bible from the Rotenburg residence is a very important piece and rarely seen with his handwritten name on the inside.

The year this New Testament was printed in also the same year Armin Meiwes was born. 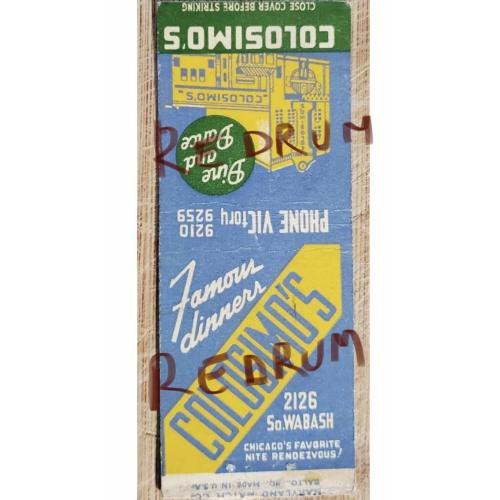 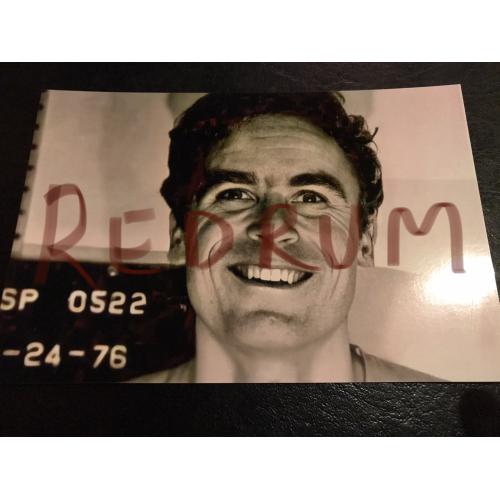 Great Ted Bundy of center 4 x 6 mugshot photograph with smile from 1976This is a modern copy but the date it was developed is unknown. 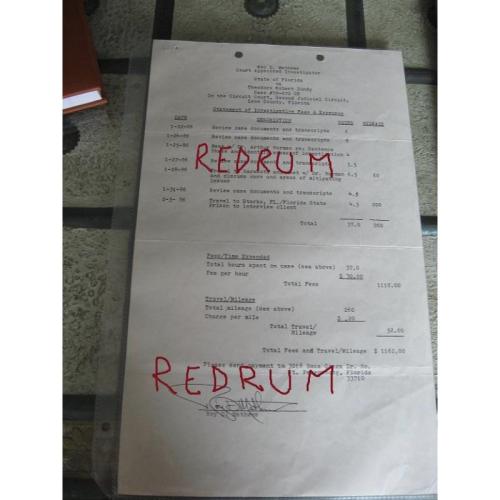 This is signed by Roy D. Mathews Court appointed Investigator from Leon County 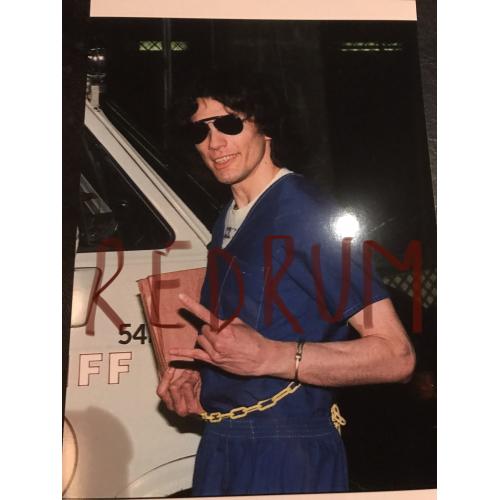 Richard Ramirez devil sign photograph beside sheriff’s van You will get a modern copy. Unsure when this was done.