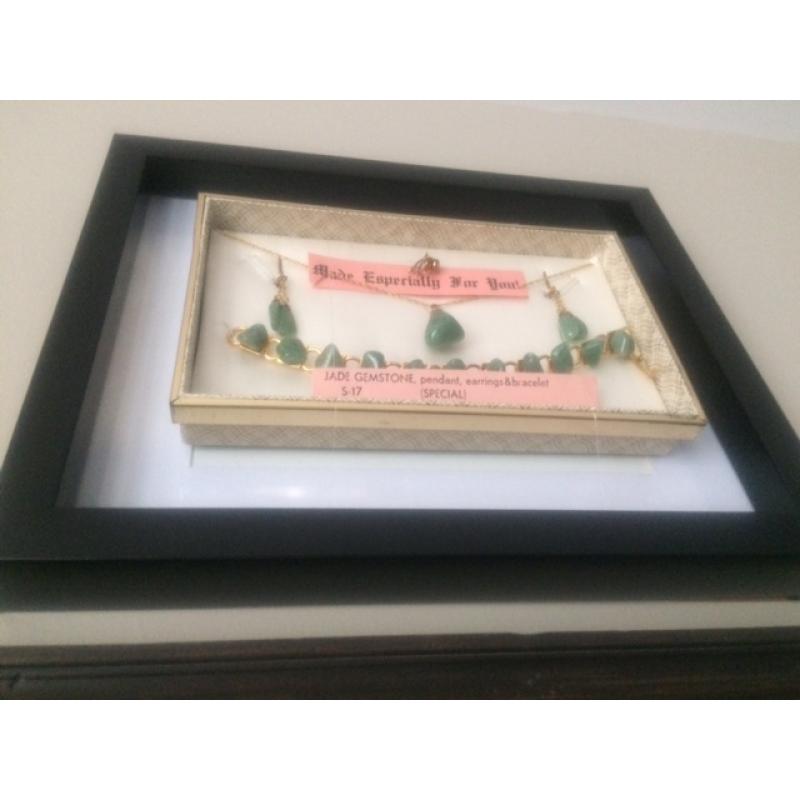 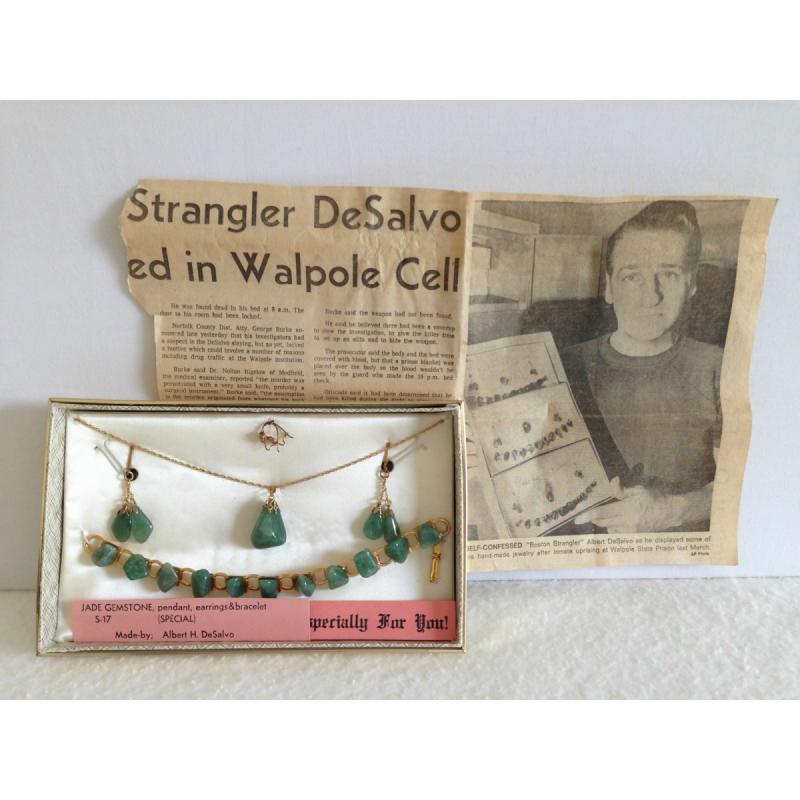 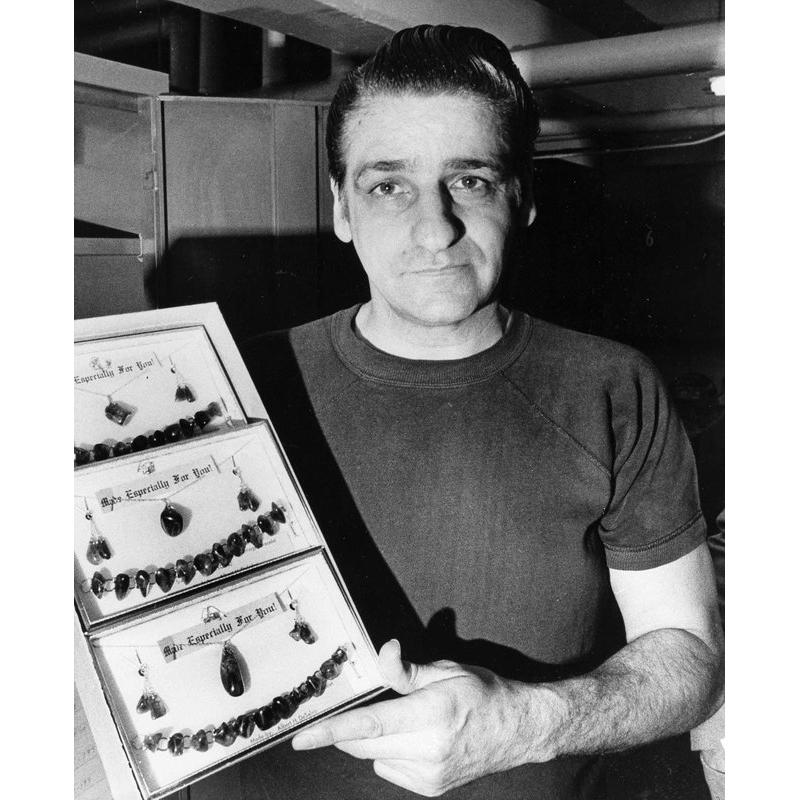 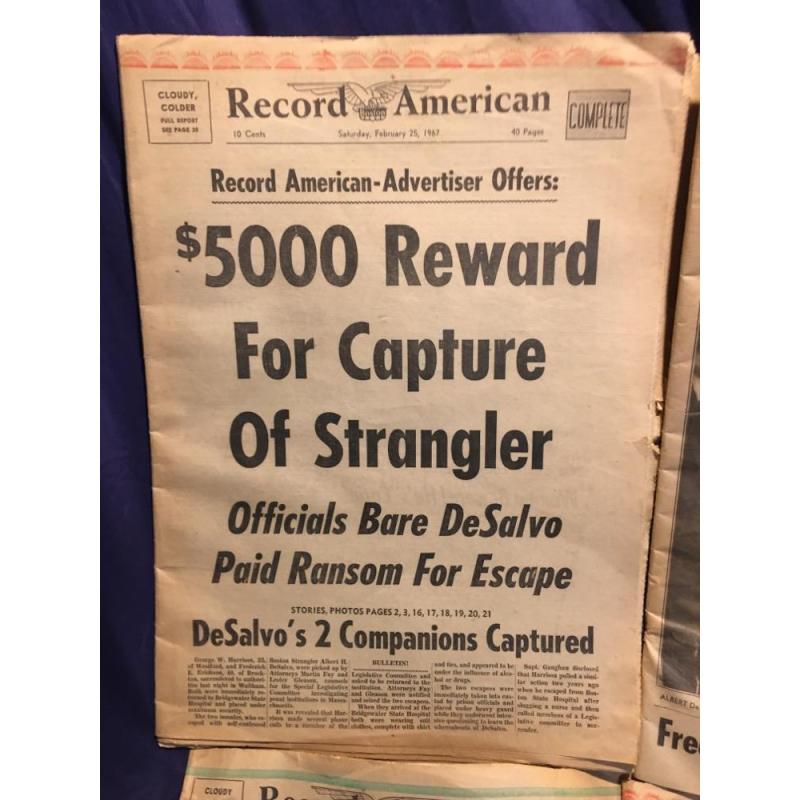 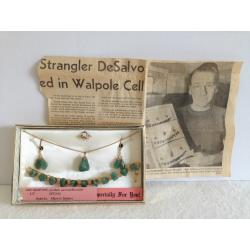 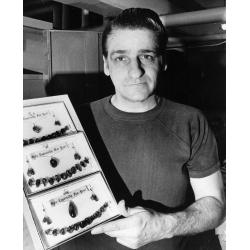 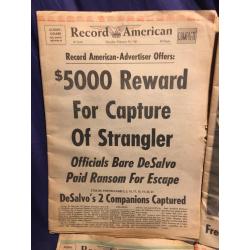 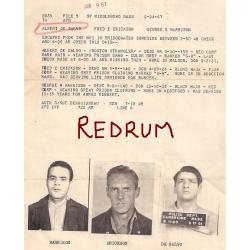 These sets are extremely tough to find! We have only seen this one and only c omplete set in the past 15 years!

It has 1) one set on gold earings without stones, 2) a second earing set with gold and jade stones, a 3) pendant jade stone,4) a gold necklace, 5) a gold bracelet with jade stones.

All these being part of the same complete set 6)in the original box and with 7) two original labels. First Label reads MADE ESPECIALLY FOR YOU and second JADE GEMSTONE pendant, earings and bracelet (SPECIAL) and numbered S-17.

Albert Desalvo called the tight necklaces chokers and it was confirmed that he was the Boston Strangler after Dna analysis erasing doubts of his guilt. He was found stabbed in his cell on November 25, 1973.

Very pretty set and in great condition with no strone broken or missing and in presitine condition! Complete and looks unworn and still in the box since they were made by Albert Desalvo.

Albert Henry DeSalvo(September 3, 1931 – November 25, 1973) was a criminal inBoston, Massachusetts, who confessed to being the "Boston Strangler," the murderer of 13 women in the Boston area from 1962 to 1964. DeSalvo was imprisoned, however, for a series ofrapes. His murder confession has been disputed, and debate continues as to which crimes DeSalvo actually committed.

In July 2013, a DNA match between seminal fluid found at the scene of the rape and the murder of Mary Sullivan and DNA obtained from DeSalvo's nephew linked DeSalvo to that crime and excluded 99.9% of the remaining population.Authorities exhumed DeSalvo's remains later that month and confirmed the DNA match. 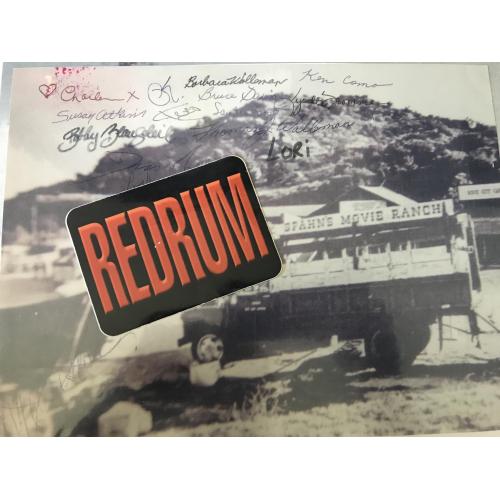 15 members in total signed this photograph 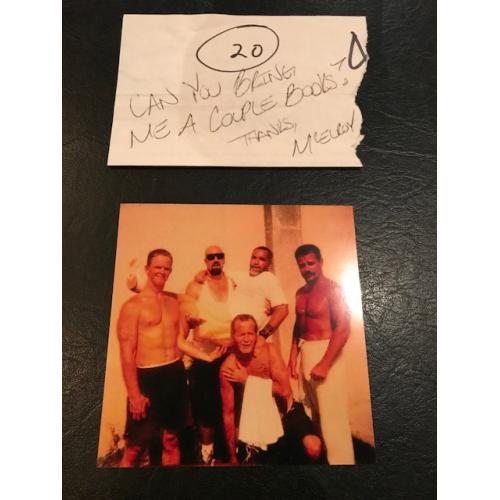 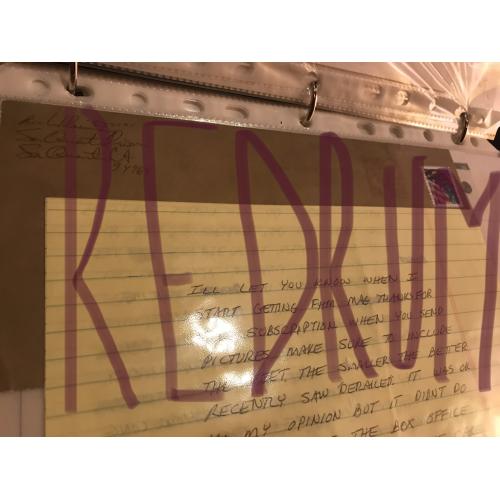