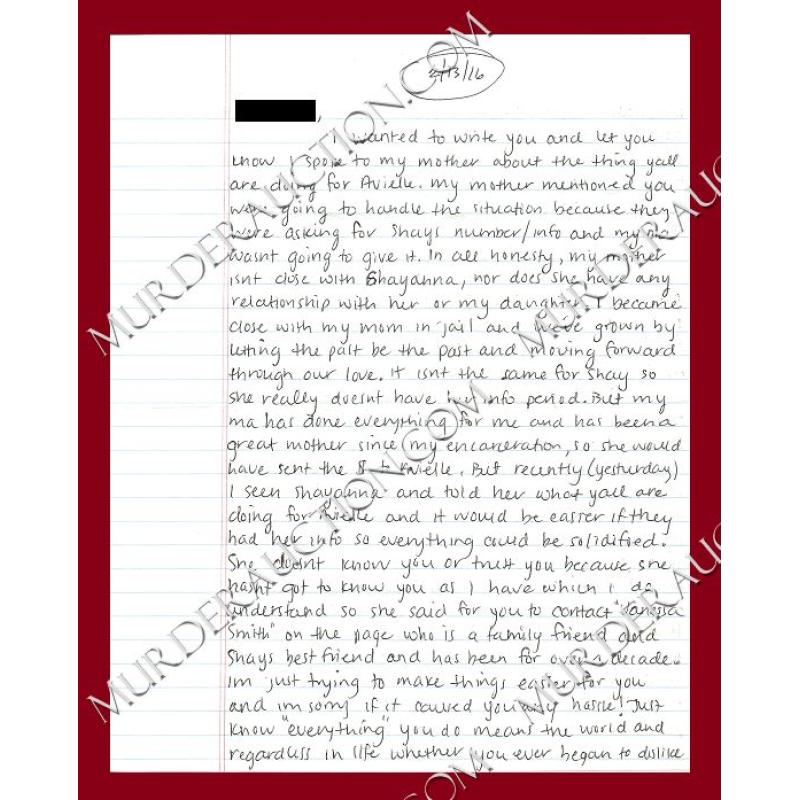 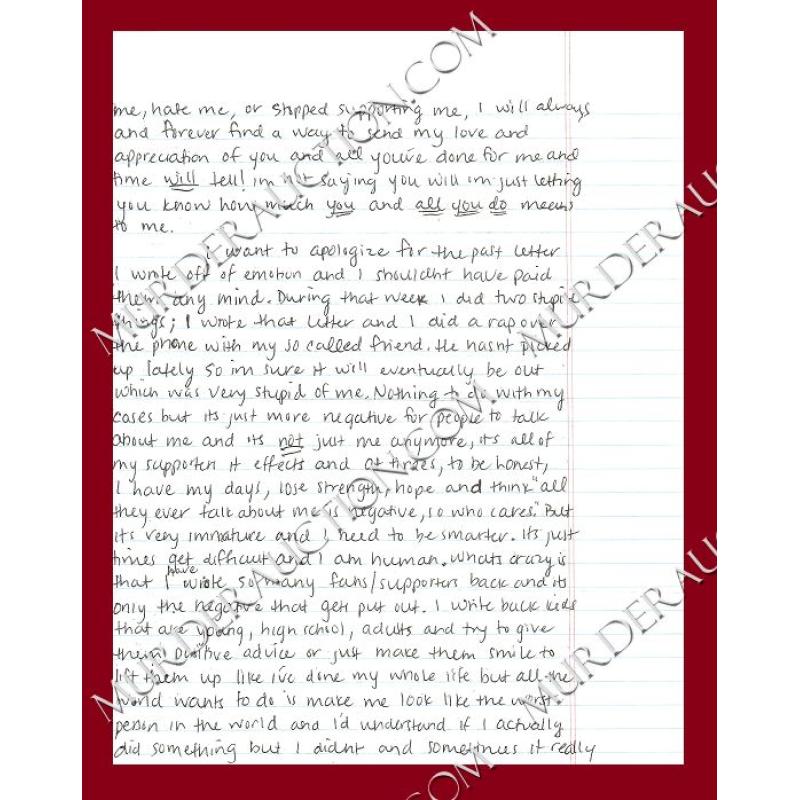 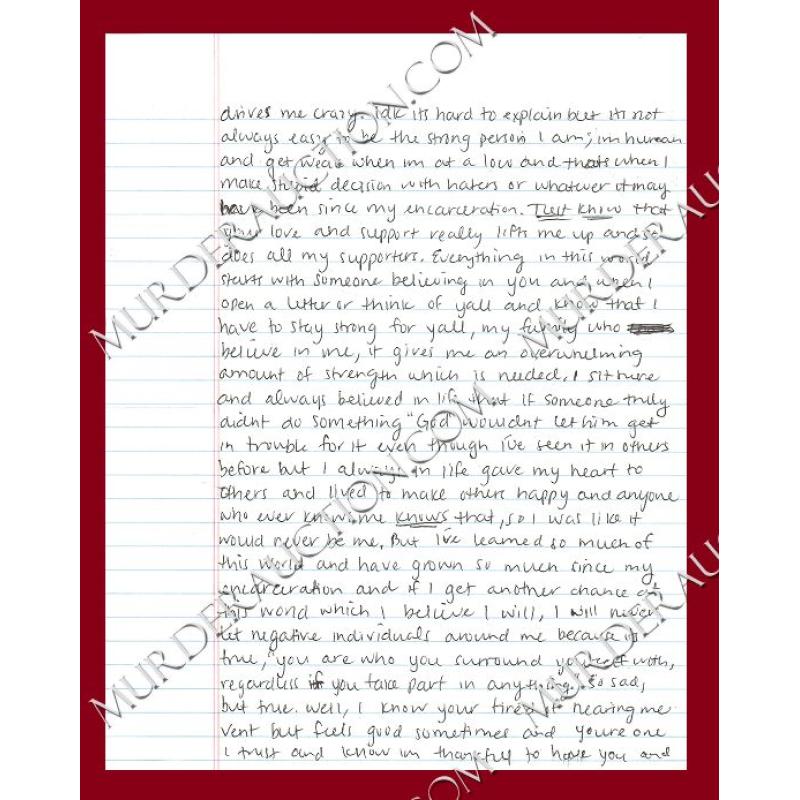 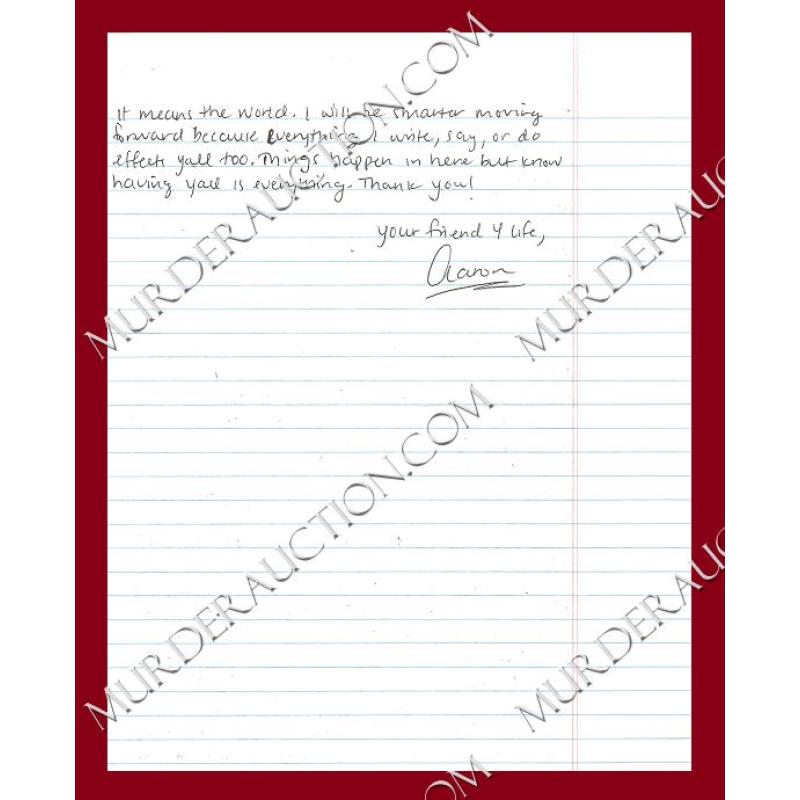 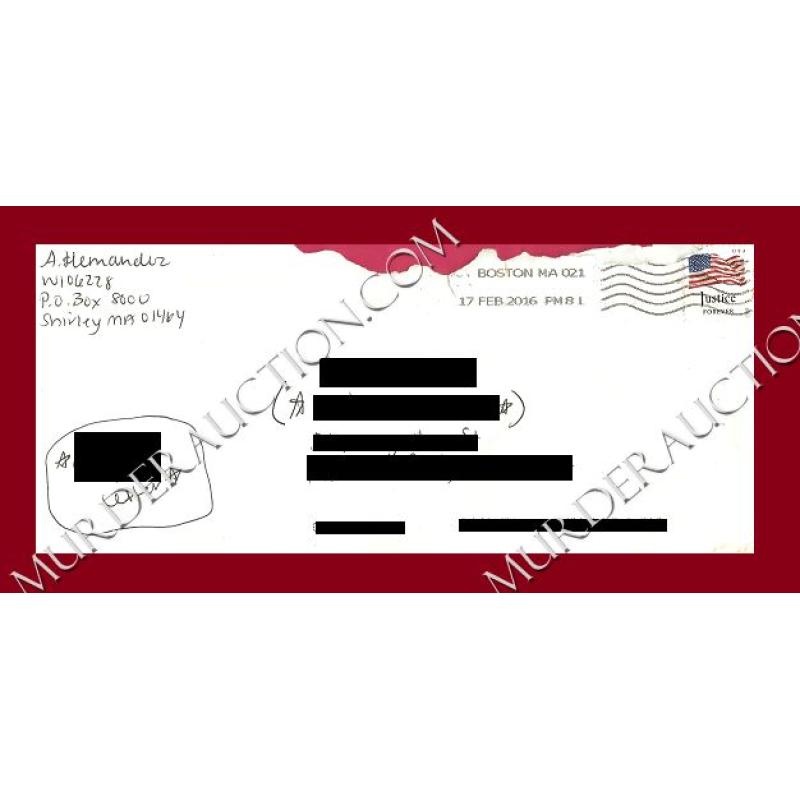 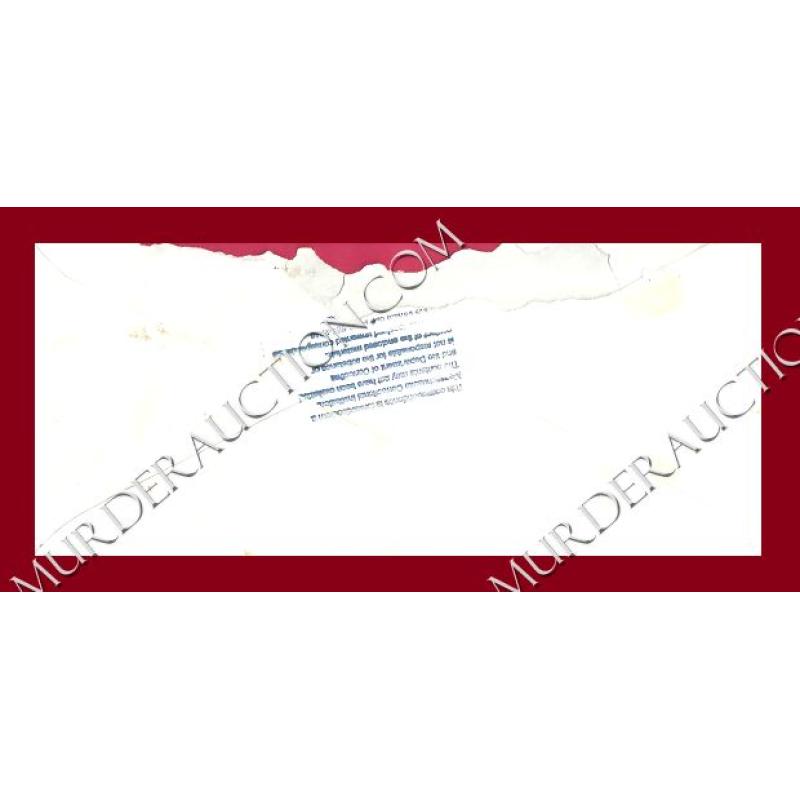 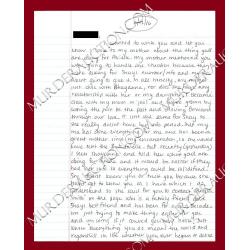 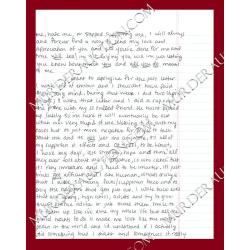 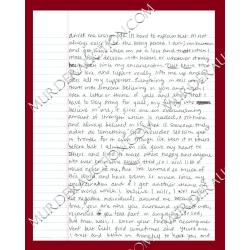 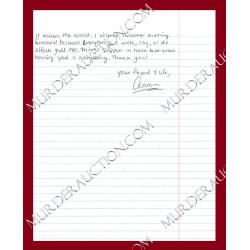 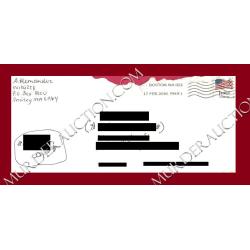 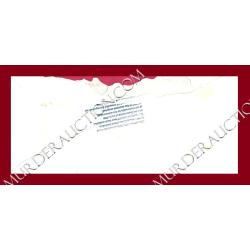 This auction is for a letter from New England Patriots tight end and suspected serial killer Aaron Josef Hernandez (11/6/1989 ─ 4/19/2017). Hernandez's athletic achievements are certainly not up for debate. He set state records while playing high school football in Connecticut and received the John Mackey Award for his 2009 college performance while attending the University of Florida. He was drafted by the New England Patriots in 2010, which would be the start of his professional football career. By mid 2012 Hernandez would sign a $40 million dollar, 5 years contract extension with the Patriots. But there was another list of "achievements" attributed to Hernandez. His first serious criminal accusation would come 4/28/2007, after assaulting a restaurant employee, resulting in serious bodily injury. It's reported that Hernandez was drinking alcoholic beverages prior to the assault. He was able to resolve the matter out of court. That same year he was a suspect in a stoplight vehicle shooting, that injured two of the three occupants after their leaving a nightclub. He was questioned in regards to the shooting, but invoked his rights, and was never formally charged. Hernandez would be charged with a 7/16/2012 double homicide, the two victims being shot while inside their vehicle. He would ultimately be acquitted on 4/17/2017. On June 13, 2013, in Miami, FL, Hernandez "accidentally" shot a friend while the two were driving together. This matter, too, was settled out of court. Hernandez would find himself linked to the 6/17/2013 murder of a semi-professional player. Given Hernandez's track record, no pun intended, the team's management decided that if the tight end was arrested he would be released from his NFL contract. Both events occurred on June 26, 2013. Hernandez was convicted of first degree murder on 4/15/2015 and received an automatic sentence of life without the possibility of parole. On April 19, 2017 Hernandez was found dead in his single-man cell, an apparent suicide. An odd twist to this tragic story, being Hernandez was in the appeals processes at the time of his death, the murder conviction was vacated, thus he died an innocent man. He was 27.

ITEM DESCRIPTION: The missive is four pages on two sheets, dated 2/13/2016, and is signed, "Aaron." Extremely personal content here. The original mailing envelope was opened very poorly and is postmarked 2/1/2016 with a Massachusetts Department of Corrections notice printed on the reverse. Message me with any questions you might have. Thanks for having a look-see. 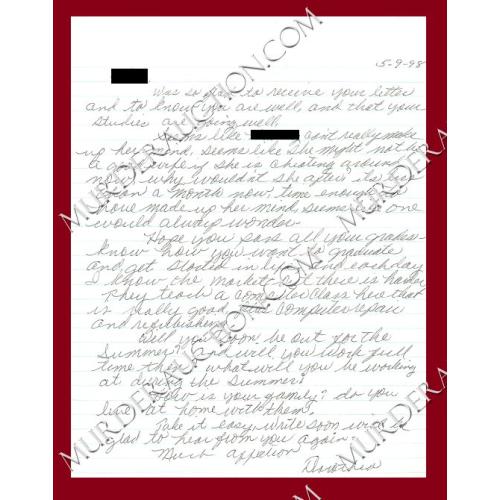 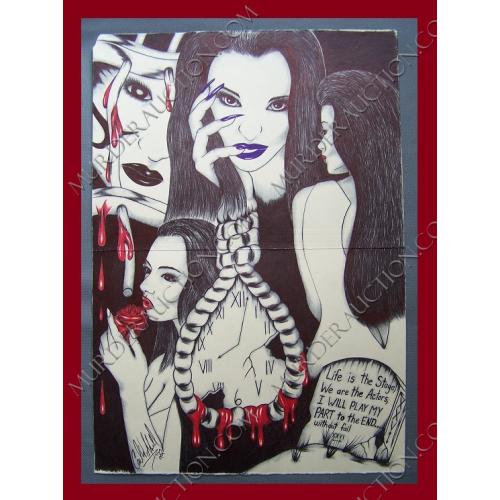 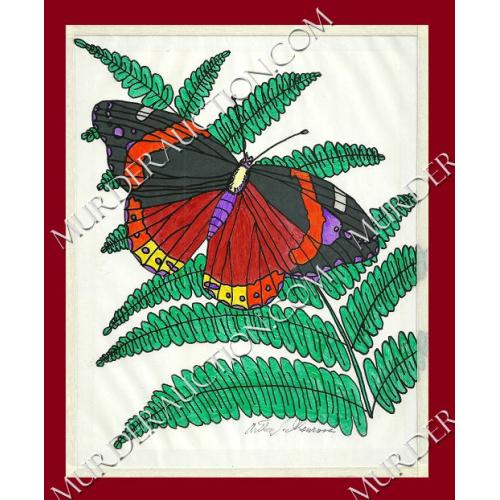 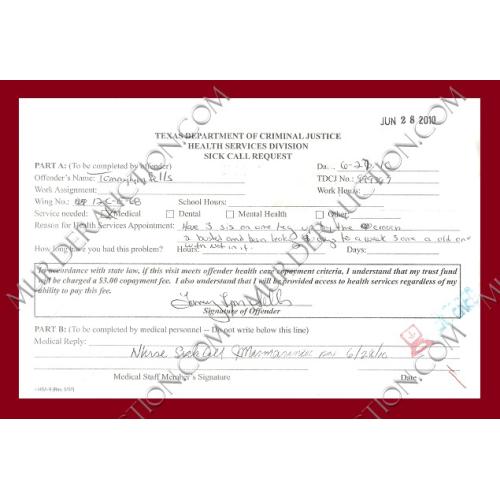